Mayarya – The New Concept Store Changing the Shape of Maternity

By crystal_wilde 11 June 2013
share:
A new Hong Kong concept store is shaking up the city’s maternity scene by challenging the idea that pregnancy wear is short-lived and therefore unimportant. Mayarya opened its debut store in Sheung Wan this month, bringing together carefully curated pieces from across the globe that can be worn before, during and after pregnancy, guaranteeing ultimate bang for your bump buck. 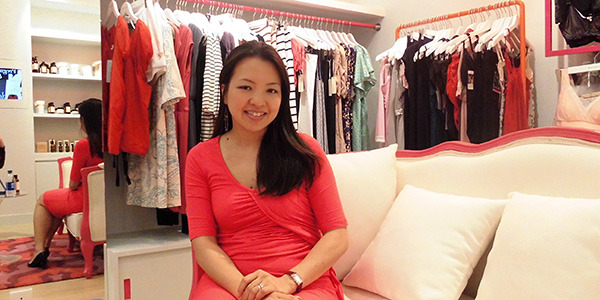 Mayarya is the brain child of Reika Shetty, who named the store after her two children Maya and Arya. Representing Hong Kong working mothers to her very core, Reika is still nursing Maya, who was only born in April. “I was back at work two days after getting out of hospital,” an amazingly svelte Mrs Shetty told Localiiz. “It’s hard work trying to balance being a mother and a business woman, but nothing is impossible if you really believe in your concept and have ambition.” Reika’s bright idea for 'maternity-friendly fashion' was born out of frustration after she struggled to find anything more sophisticated than beige baggies during her first Hong Kong pregnancy. She travelled the length and breadth of the world, from London to Paris, New York, Tokyo, Australia and New Zealand, to find stylish lines that seamlessly transcend changing shape. Pre or post-delivery bed-bound mums can also take advantage of free shipping within Hong Kong and even complementary house calls, where the Mayarya team will bring the store to you. “Although everyone says women glow when they’re pregnant, the reality is that most of us feel ugly, heavy and uncomfortable,” said Reika. “Yes, it's only nine months, but it’s a very important time. You're going through a lot and you need to feel confident and beautiful.” Reika’s infallible eye for style is no accident, as this Tokyo-born, US-educated trendsetter completed a Masters in Fashion Management in Milan before moving back to America to rub shoulders with the likes of Katie Holmes, Victoria Beckham and Heidi Klum while managing New York multi-brand stores Intermix and Kirna Zabete and Hollywood favourite boutique Satine. Reika eventually franchised Satine and took it to Tokyo, introducing Michelle Obama’s main man Jason Wu to the Japanese scene and even teaming up on design projects with the likes of Alexander Wang and Rebecca Minkoff. With the full range from maternity guru Isabella Oliver, stretchy jeans from Citizens of Humanity and J Brand, comfy but cheeky lingerie and a selection of lines from independent designers, including New York’s Rosie Pope and London’s Keungzai, Mayarya has everything needed for the smooth transition from pregnant to parenthood. However, Reika says that so far around 70% of customers have been non-pregnant women looking to take advantage of the clothes that suit all shapes and are impervious to weight fluctuations. With the opening of a second store at Stanley Plaza earmarked for August, a third store planned for Kowloon, and Asian expansion the eventual goal, Reika has true confidence in her concept.

“A lot of people say they’ve never seen this idea before so I wanted to spread it as far as possible,” she said. “I’ve opened stores all over the world, but now I’m getting to create my own dream and bring together all the ideas I've had over the years. It feels great!”