Back in the good old days, a round of pass the parcel and a few paper hats were all the collateral you needed to host a decent kids’ party. But in the age of the internet and X Boxes, children are increasingly over entertained, and anything less than mindboggling will likely to be banished to the realms of ‘meh’. But tough as is it to impress the younger generation with much else than gadgets and Gangnam Style, Localiiz has searched the city to bring you the businesses that know what your little ones like. In this Insider Guide to Hong Kong Children’s Entrainment , we bring you three party plans that will make you look down-with-the-kids, whatever the interests of your offspring or the age of your audience.
Clowning Around for Silly Billys 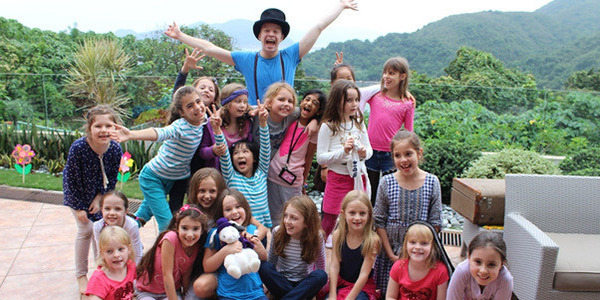 If your child loves getting up to mischief, causing a nuisance and generally being draft as a dizzy donkey, Hong Kong’s craziest kid’s crew Rumple & Friends will be the perfect addition to your party. The multi-talented Rumple the Clown and his band of silly sidekicks guarantee that kids and adults alike will be rolling in the aisles with their combination of zany games, messy magic and comic catastrophes. “My act all about being really silly and getting everything wrong,” said Rumple (AKA Matt Coombes), who admits he was the class clown at school and has never really grown up. “It's really important that the kids are laughing, screaming, rolling around on the floor, but I also like doing a bit of double entendre so the adults can laugh at different parts of the jokes.” As well as serving up plenty of impressive circus skills, silly noises, balloon magic and puppet madness, Rumple and his funny friends will also get the kids up and involved in energetic activities tailored to your child’s hobbies or the theme of the party. But fear not, these responsible rogues won’t leave you in the lurch with dozens of hyperactive, sugar-high kids on your hands, as Rumple and Friends are also experts curbing the craziness at the end of the show with stories and chill out time. But the thing we love most about our crumpled Rumple - who previously taught drama and circus skills to disabled children and young offenders in London - is that this is a man who truly lives for his art and his audience. “Once I put on my top hat, braces and shoes and get in front of the kids, I go into a completely different frame of mind and Rumple really becomes my alter personality,” explained Matt. “If I don't perform for a week I start getting depressed. I'm like a clown Sim in the respect that I have hunger needs and performing needs. I like making people happy and I love kids - probably because I wish I still was one!” For more information or to book a party with Rumple & Friends, call 9471 1192 or email via their Localiiz profile page Active Activities for Bouncy Bunnies 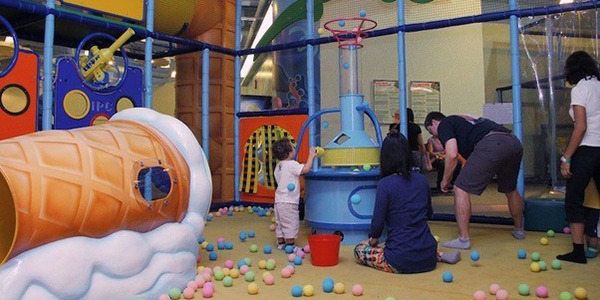 If your little one has unlimited energy and bags of bounce, throw their party at FunZone, a 10,000 sqft all-weather indoor party venue at The Westwood in Kennedy Town. Catering for children up to 12, all of who can bring an adult for free, this colourful madhouse has something for everyone. As the name suggests, the Toddler Zone - complete with bridges, soft crawling tunnels, a ball pool and tonnes of toys - is just for three-year-olds and under, while all other areas are open to big and little kids alike. The Maze Zone tests sense of direction and clambering skills on the quest to find the Big Red Slide, while the Ballistic Shooting Range sees kids pitted against piers or parents in a 16-gun soft ball shooting gallery that offers only a giant toppled ice cream cone for cover. There’s also a Sports Zone, complete with basketball hoops, a mini football field and the out-of-this-world Light Space Play machine - a rich kid’s Dance Revolution with quadruple the floor space and extra games. And don’t forget that there’s a comfy café and WiFi throughout on the off chance the adults get bored, although according to manager Mary, that’s rarely the case. “Actually the adults are usually more excited than the kids as they didn't experience this sort of thing when they were young,” said Mary. “The kids love the Ballistic area most, especially when they get to shoot their parents, but the adults like the Big Red Slide. We’ve even hosted a couple of adult-only parties here believe it or not!” Once the kids (and adults) have burnt themselves out running around like lunatics, you can take advantage of three themed sit-down party areas, Submarine Celebration, Back Yard Bash, and Beach Bonanza, where you can bring your own food and drinks and forget about the hassle of clearing up afterwards. For more information or to book a party at FunZone, call 2258 9558 or email via their Localiiz profile page Arty Parties for Drama Queens and Kings 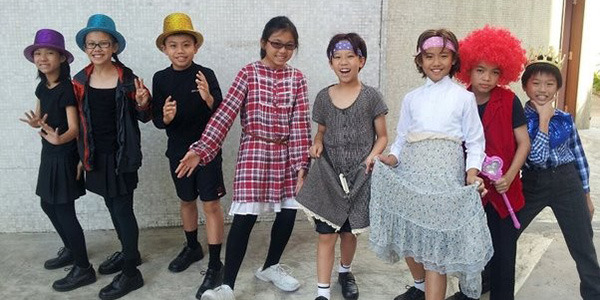 If your child has star quality and loves being the centre of attention, call on Golden Voice Entertainment or sister company Golden Voice Empowerment to add some pizazz to their party. These seasoned performers can be booked to put on one of their many hit shows, to tailor-make a piece especially for your child, or to lead drama and song-based activities that will put your little angel at heart of the action and draw even the shyest violets away from the wall. Golden Voice’s three founding members, Michael Sharmon, Sandra Waters and Arvin Robles, instantly bonded over their love for performance after meeting at a Hong Kong charity concert in 2009. Realising they all shared a dream to produce original musicals with local Hong Kong performers, the three pretty much started working together the very next day. Managing director Sandra, who grew up in a musical family in Australia, has been performing since the tender age of nine. Following the same path as Aussie stars Kylie and Dannie Minogue and Tina Arena, she started out in the all-singing, all-dancing Young Talent Time, Australia’s answer to the US’s Mickey Mouse Club. She went on to forge a successful career as a singer and dancer in the Asia Pacific, starred in and choreographed a whole host of famous musicals, as even once opened for Sir Elton John! Speaking to Localiiz, Sandra explained that she feels music should be a part of every child’s upbringing. “My mother did ballet and music professionally when I was growing up, and while my Hong Kong father installed in me the strict need to excel at school, my mother shared with me her love for music and dance. From a very young age I remember my mum playing the piano and my grandma singing songs from all the great musicals and golden oldies, although all the MTV stuff I had to learn myself.” And now Sandra is carrying on the family tradition with her one-year-old son, who is lulled to sleep every night listening to the classics on his personal MP3 player. “Kids are under a lot of pressure in Hong Kong and there's a lot of competition to get into schools here,” Sandra explained. “Music and drama are things everyone has inside of them but not everyone knows how to use them. Our activities can help children in so many different ways, whether its language skills, confidence or public speaking.” Artist manager Michael Sharmon, who also grew up in Australia, graduating from Northern Rivers Conservatorium under actor, director and writer George Whaley, said drama is a great way to get children to bond at parties. “We were at a nine-year-old girl’s birthday party the other day and before we started our activities you could easily see the group dynamics, with some of the girls clearly quieter and more introverted than others,” said Michael. “Five minutes in and everyone was involved and having a great time. The drama really helps to bring the kids out of their shells and allows everyone to have ideas and be heard.”