By Localiiz 13 August 2013
share:
They’re tech enthusiasts, crafters, tinkerers, engineers, robotic majors, designers and artists, most of whom have dwelled in the shadows of the mainstream for far too long. Their fascination with learning and improving the state of the world and their passion to consistently innovate and experiment has however drawn much attention, and now Hong Kong’s most creative minds finally have their time to shine. 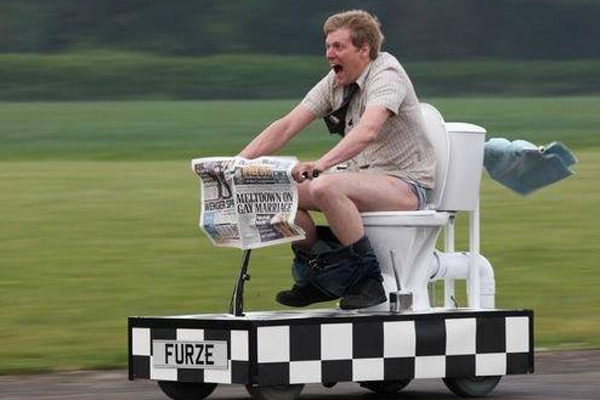 Inventor, Colin Furze on the fastest toilet in the world

Originating in the San Francisco’s Bay Area in 2006, the Maker’s Faire, dubbed the “Greatest Show (and tell) on Earth”, allows a growing community of innovators and creators to showcase their talents to the masses. This year, more than 60 community-driven Mini Maker Faires are taking place all over the world, including in Hong Kong! A group of self-styled inventors from the Hong Kong Maker Club organised Hong Kong’s second Mini Maker Faire with the aim of sharing the inspiring and exciting projects of more than 50 makers. This year, all eyes will be on a personal desktop 3D printer called the Makibox, while other inventions creating a buzz include an eye mask that reads brainwaves and produces a customised light show accordingly, a two-metre paper Gundam, and an underwater robot. All in all, the fair promises to be a flurry of activity of both the human and robotic kind, so head down and get inspired.

What: The Hong Kong Mini Maker Faire Where: Hong Kong Polytechnic University When: August 17th from 10am to 6pm Price: Free