Last week, Localiiz shared a video of three teens taking the most epic selfie atop Hong Kong’s fifth tallest skyscraper, The Center. Since then, the 18-second video has enjoyed viral stardom as well as global media attention, making headlines as far away as Europe and America, with MTV boldly stating that watching the clip would make you “vom”.

In this exclusive interview with cameraman Daniel Lau, Localiiz’s Stasia Fong finds out why this self proclaimed explorer went to such great heights for a selfie.

When I first approached Lau to discuss his video, he was a bit timid of any media attention. He had not expected such a large reaction to his video and he wanted to ‘lie low’ for a period of time. Over the course of several days he slowly opened up about why he pushes limits, photographing the city, and himself, from such elevations.

In my talks with Lau, he explained that while he is most well known for his rooftopping adventures, he prefers the title of ‘explorer’, a nod to the journeys he undertakes for each shot. “I love to explore places where people don’t usually go, like abandoned places, construction sites, and of course rooftops. I want to let people see Hong Kong from a different perspective,” Lau explains. 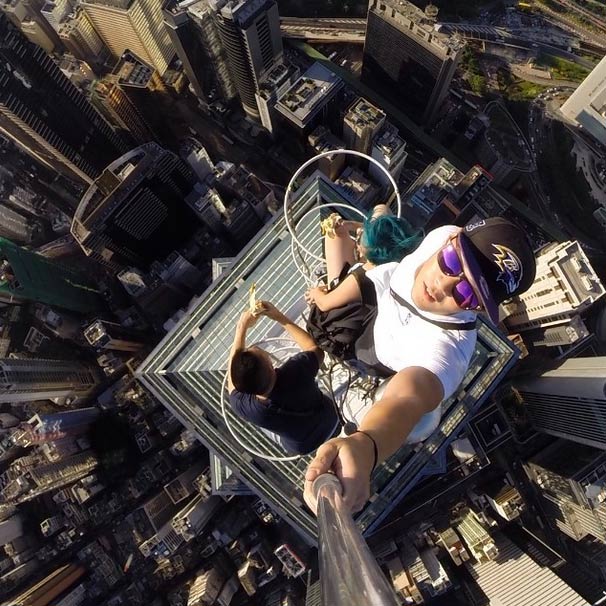 Wanting to show people that Hong Kong is so much more than its harbour and skyline, Lau aims to show people just how photogenic the city can be if you look at it from a different angle. Lau’s Instagram account is filled with countless images of him and his friends atop our cities skyscrapers, rooftops, and construction poles. “Now whenever I post a new picture, local followers leave comments asking ‘where is this place?’, so clearly they haven’t seen all of Hong Kong yet.”

When the Localiiz team first saw his video in our offices last week, there was no shortage of gasps and OMG’s in the office. We’re a team that’s not so great with heights, so we were eager to find out the secret behind his fearless demeanour. “I’ve never been scared of heights. I feel exactly the same walking 300m above or on the drove. People always worry that I’m going to fall, but think of it this way. Would you fall if you’re standing on a block on the ground? No. It’s the acrophobia and vertigo that drag you down,” Lau explains. 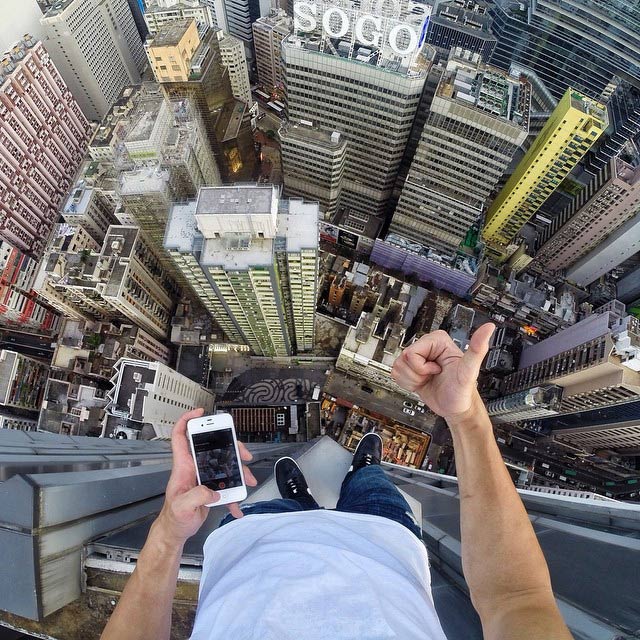 However, Lau wishes to clarify that height isn’t everything. “Many people think that rooftopping is to get to the highest building they can. Yes, the height will bring you excitement, but many local rooftoppers don’t aim for that. Being a daredevil is one part of it. Some people take beautiful scenic shots, and some just enjoy them moment and feeling up there. It’s both an extreme sport and an art.”

With his unique work, Lau hopes to encourage exploration amongst photographers in the city and not create a bucket list for rooftoppers. “I don’t appreciate people who only want to go to roofs to snap a shot and show it off to their friends. If you enjoy exploration, you wouldn’t ask people for locations, you would find your own way. I train to climb, I do research before climbing, I might fail many times before getting to just one destination.” 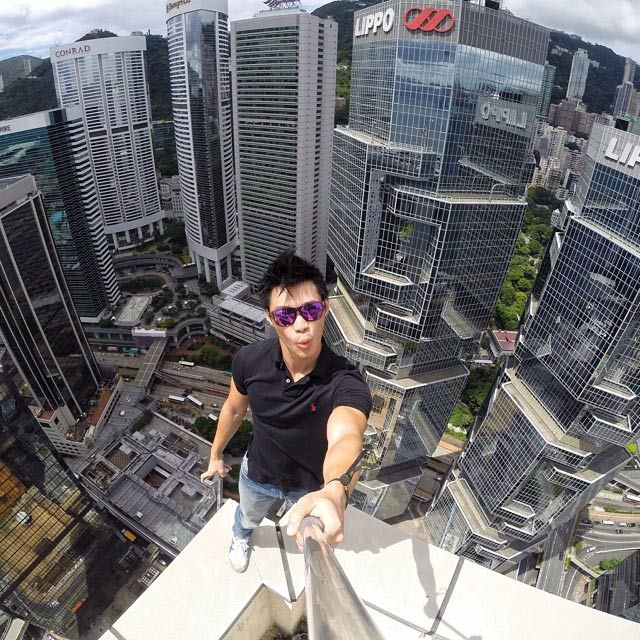 Be sure to not only follow Lau on Instagram, but to keep track of his hashtag #exthetics for the ‘extremity’ and ‘aesthetic’ qualities of his daredevil photography.

DISCLAIMER: Please do not try this at home. Localiiz does not encourage this sort of activity