By stella_ko 29 July 2014
share:
Revamping abandoned warehouse space into swanky flats or huge communal-style homes has become something of an architectural craze in space-crunched cities such as London and New York, where such concept buildings are now synonymous with art and creativity. As Hong Kong takes its first step towards bohemian abodes, we sent reporter Stella Ko to nose around Ovolo Southside, the city’s first warehouse-to-art-hotel conversion. 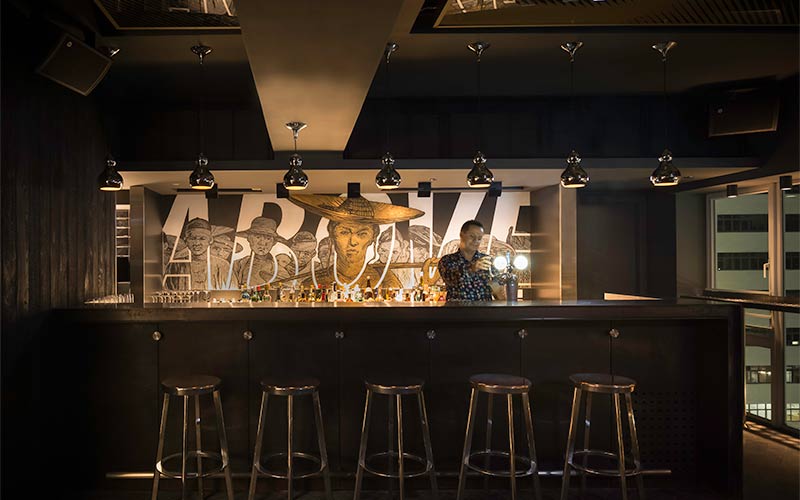 A video of colourful pop art is projected onto a huge black wall, while funky electro music fills the area formally occupied by a truck turntable. This immersive and space-defining welcome piece is a collaboration between festival VJ Jason Tschantré and musician Brook BQ, but the installation itself is just one facet of Ovolo Southside, a brand new hotel conversion built with art-adorned spacious rooms and public lounges, designed to inspire and stimulate. Located in a quiet corner of the village next to green Shouson Hill, the hotel is now part of the rapid gentrification and urban revitalization of the former industrial neighbourhood, which is in turn drawing a crowd, hungry for culture on the Southside. 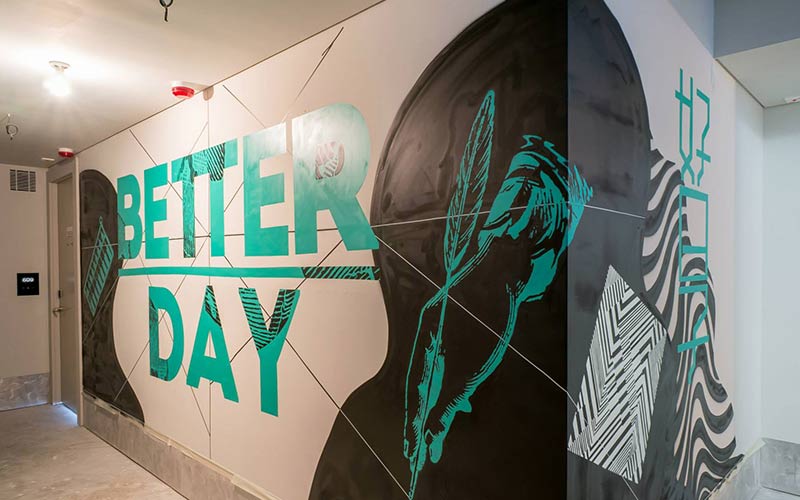 Those looking for an extended absorption in the scene will find themselves surrounded by the works of both local and international artists during their stay at Ovolo, with Los Angeles duo Cyrcle responsible for the overall theme and atmosphere via murals and illustrations in elevators, hallways and on the stunning rooftop bar. Undeniably topical, their OVERTHRONE model depicts the revolutionary uprising of Chinese people in an imaginary dynasty, which the artists hope will serve as encouragement for Hong Kongers to challenge the powers that be. 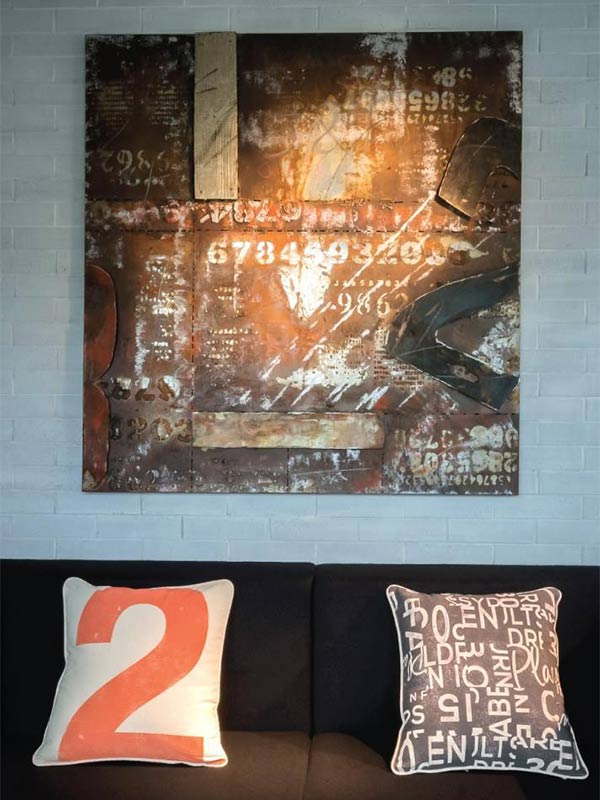 Local street artists Parent’s Parents have also played a part in decorating the corridors with hybrids of Chinese and English calligraphy, illustrations and printed patterns that capture the spirit of urban development in Hong Kong. Hidden throughout the rooms and public areas are works from other world-renowned artists, the discovery of which will remain the top selling point for this hotel/cultural hub. Our verdict: while a night in an Ovolo Southside room might set you back a tad more than the deathtrap cupboards at Chungking Mansions, sleeping within a work out art is an experience worth splashing out on. Got anything cool you'd like Localiiz to share? Send Us Your Stuff!