Inside the Yakuza: The Thrill and Fear of Photographing the World’s Largest Criminal Gang

By crystal_wilde 10 December 2013
share:
Tattoos, self-severed fingers, secret gangster training camps and 4am prison visits. These are just some of the images captured by Belgian photographer Anton Kusters when he became one of the first Westerners to gain access to the highly intimate underworld of Japan’s Yakuza gang. As the powerful photography exhibition and accompanying book come to Asia for the first time, Anton tells Localiiz how image isn’t everything in the world’s biggest criminal organisation. 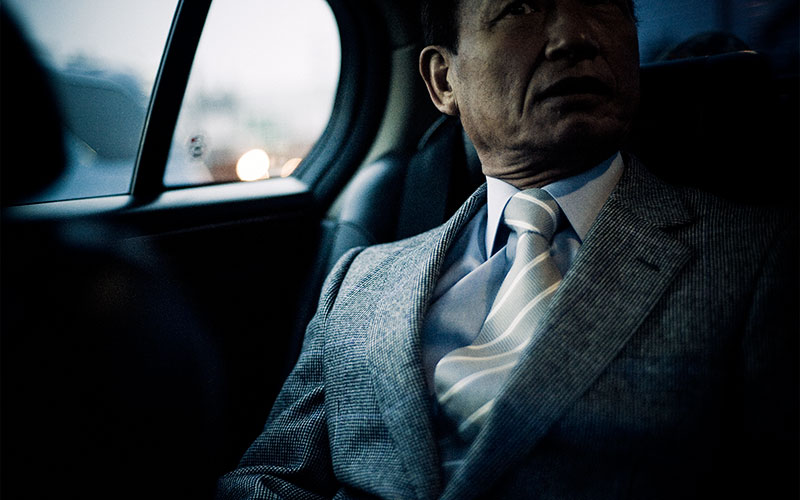 It’s impossible not to get a chill when looking into the fierce eye of snappily-dressed Nitto-San, a boss within the Yakuza’s Shinseikai family, which controls Kabukicho - Toyko’s infamous red light district. His disarmingly self-assured supremacy leaps out of the photo mounted in the stairwell of Chai Wan’s Asia One Tower, and I can only imagine how much more terrifying his presence is in person. One man who knows first-hand is Anton Kusters, whose first solo photography project sparked international interest after he gained unprecedented access to the highly secretive inner realm of the Yakuza. Anton spent 10 months negotiating with bosses before the two-year venture began, but he still vividly remembers his first day on the job. 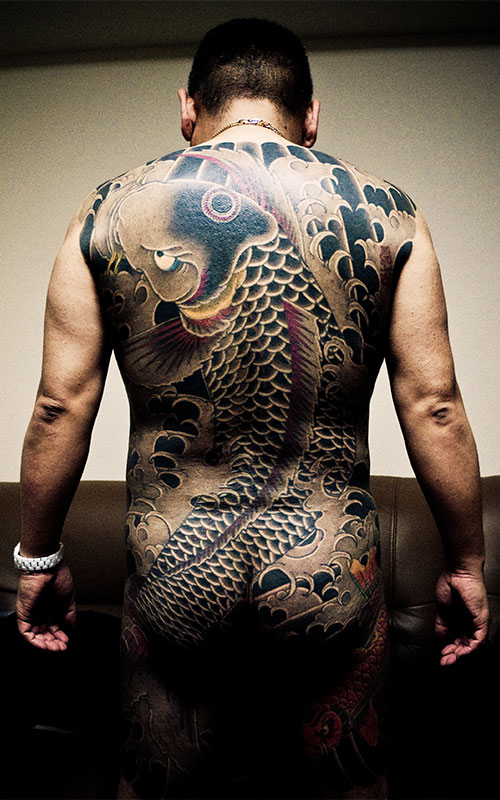 Tattoos were originally used as a way for members to recognise each other at bathhouses, the traditional Yakuza place of business.

“In the first moments, you're like ‘they are criminals, they are criminals, they kill people, they kill people’, and there's nothing that can distract you from thinking that all the time,” Anton told Localiiz in an exclusive interview. “They have a very strange and eerie sense of self confidence, and to be honest that’s much more frightening than somebody walking around with a gun.” While he initially felt too intimidated to take photos, Anton was warned by his fixer Taka-San - who incidentally staked his own life on the Belgian’s professional behaviour – that he had absolutely nothing to fear and that any apprehension would be regarded as an insult against the Yakuza’s promise to protect him. 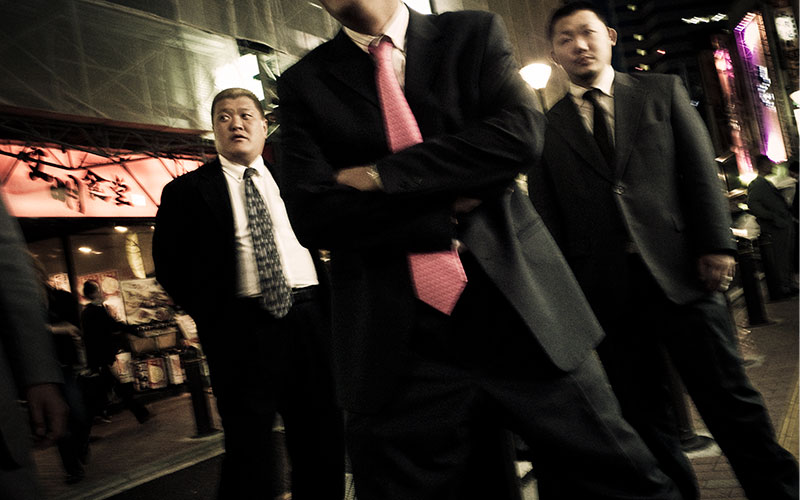 Yakuza members in Kabukicho, the red light district of Tokyo.

“The reality was that I was in no danger, as I’d asked permission from the Godfather himself,” explained Anton. “The moment he gave permission his will was the law and anyone remotely making my life difficult would be punished.” The most notorious mode of punishment among the Yakuza clan is that of ‘yubitsume’, where a member cuts off the end of a finger and presents the severed portion to his boss by way of apology for wrongdoing. Although he saw the lead up to, and the result of, violence among the gang, there was an agreement that Anton would not be witness to any crimes to ensure he could not be implemented as an accessory. He maintains however that the behaviour of the Yakuza members he shadowed was completely unaffected by his presence, helped largely by the fact that he cannot speak a word of Japanese. 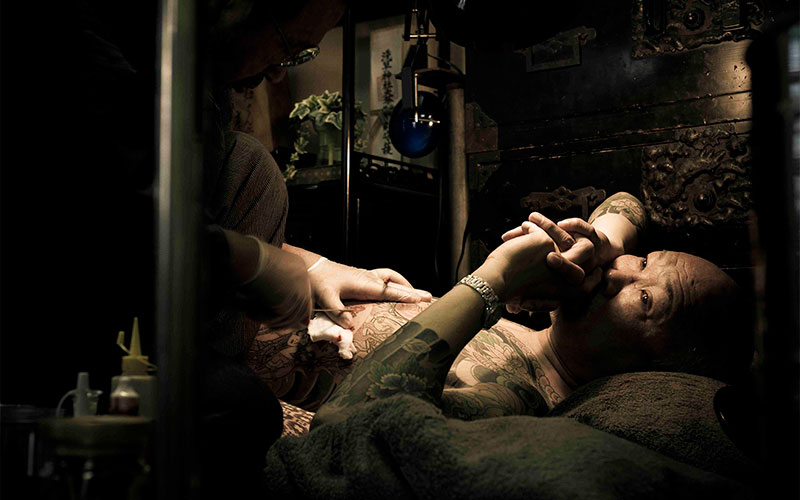 “I think they honestly didn't care that I was there. I'm a Western photographer and that means zero in light of their lives,” he said. “While they could talk freely about criminal acts in my presence as I couldn’t understand them, this project made me very attuned to non-verbal communication and really feeling a situation, as I don’t need to speak the language to realise when someone is nervous, angry or upset. Picking up on those things actually became easier because they couldn't fool me with words. It became a strength more than a weakness.” As the unusual placement progressed and Anton formed tighter bonds with the gang, he found himself invited to increasingly intimate and private events. Anton was surprised to see young recruits practicing samurai swordplay alongside meditation at a beachside boot camp, but felt most honoured to attend the funeral of Miyamoto-son, one of the family’s highest ranking bosses. 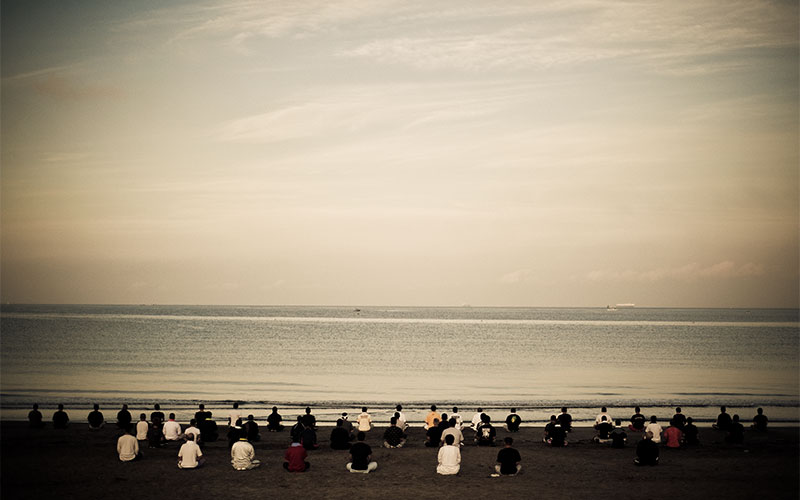 As mourners stuffed the coffin with flowers and picked through the cremated bones with chopsticks in accordance with traditional Buddhist rituals, Anton was there, clicking away with his camera. “Allowing me to witness such an intimate thing and photograph him lying in his coffin and the bones coming out [of the crematorium chamber] is much more profound and deep than showing violence, which in my opinion is totally irrelevant,” said Anton, who insists the wide interest in the project is not driven by society’s morbid fascination with gangster culture. 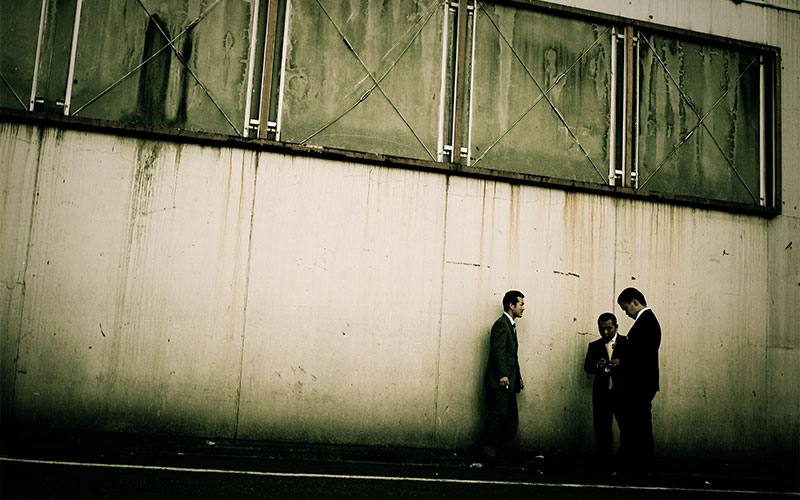 Members stand guard outside a restaurant as bosses eat

“It wasn’t my intention to only focus on the criminal actions, and I don’t think the photos glorify crime. The interpretation of the images happens by the person seeing them, and the only thing I show with the images is what I felt in the moments.” Whatever the project does or does not represent, Anton’s photographs and the accompanying Odo Yakuza Toko book have enjoyed enormous interest in the world’s press. As he embarks on his next logistically-challenging project to photograph blue skies over every holocaust death site in the world (1,075 in total), the modest Belgian still claims to be staggered by his runaway success.

“Everything has been a surprise, and as long as I can keep that feeling it will always keep my feet on the ground.”