By Stasia Fong 4 November 2014
share:
The secretive and ambiguous team of HK URBEX are made up of a group of 30-year-old Hong Kong residents who refer to themselves in code names such as Ghost, Echo Delta, Jenkins, and Dragon Xing. When they’re not at their fulltime jobs, they get together and plan out trips to hidden Hong Kong locations. 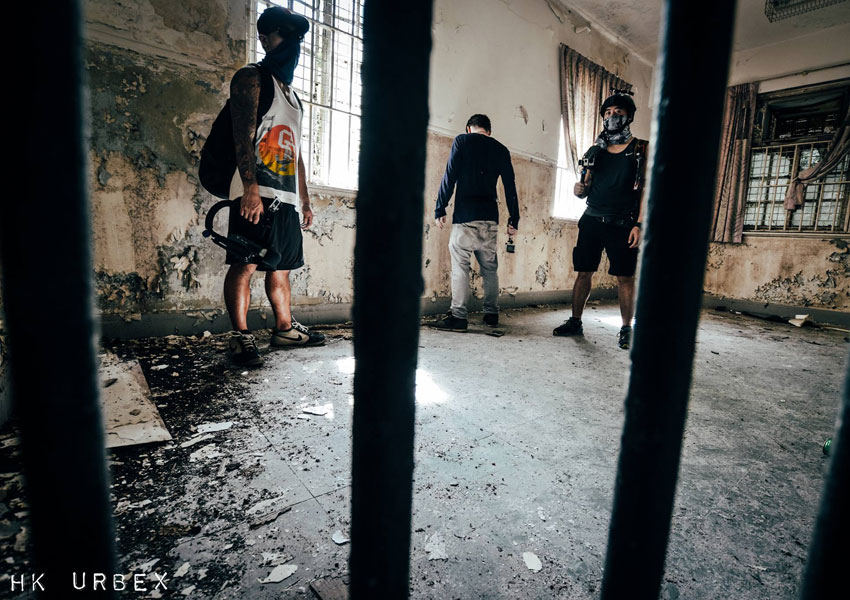 The 'White House' Prison[/caption] Since starting HK URBEX, they’ve created a handful of videos and amassed photographs from their adventures to share on social media, garnering over 4,000 Facebook likes. In their most recent video, they explore the 'White House’ Prison, otherwise known as the 'White House' Compound. HK URBEX: Inside the notorious 'White House' political prison 白屋 “The purpose of our expeditions to abandoned places is solely to document them. It is about experiencing another side of Hong Kong that is untouched and exists outside the ugly hand of commercialism,” Ghost, co-founder of HK URBEX, told Localiiz. The team took online fans underground through the tunnels of the currently under construction MTR South Island Line, along with their exploration of the Sunshine Orient, the ship that capsized off the coast of Cheung Chau earlier this year. With nine videos on their YouTube channel exploring abandoned locations such as the ATV Studios, St. Joseph’s School, and the ‘White House’ Prison, it's clear this group has a thirst for exploring the abandoned. [caption id="" align="aligncenter" width="446"] 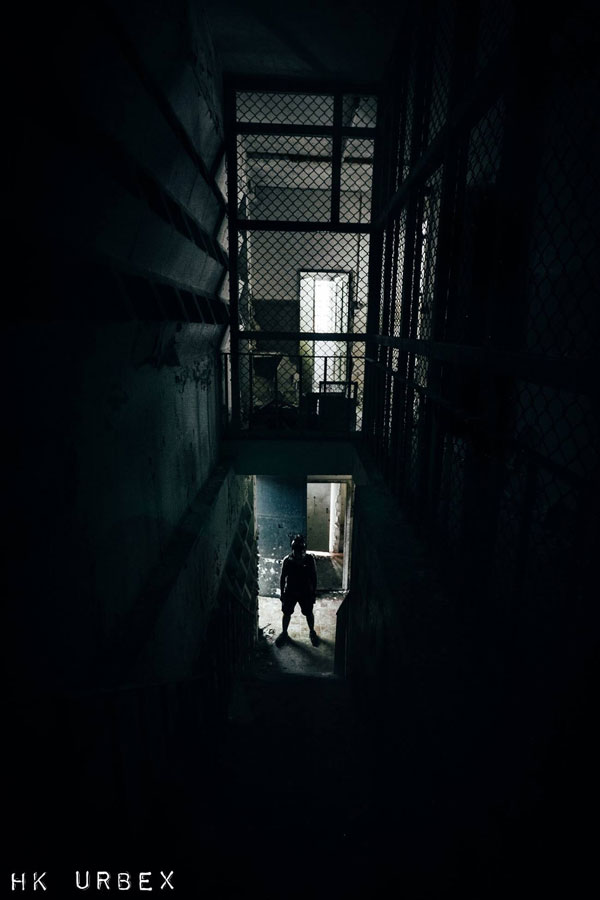 The 'White House' Prison[/caption] Whilst the masses took to recent roof-topping, food porn, and selfie posts, HK URBEX focuses on sharing parts of Hong Kong that residents tend to overlook. “Many people in Hong Kong are starting to care more about the city’s cultural heritage and HK URBEX is our personal response to that – it is a way for us to rediscover our city and experience places that have become left behind," Ghost explained. "Sometimes these places get demolished and no one will remember them or even knew they existed, so we are trying to immortalize them in a way.” An unconventional hobby for most, their expeditions help them escape the hustle and bustle of Hong Kong life. “When we are not working we spend our time researching and looking up new spots to explore. We trawl through maps and historical data, and basically keep our eyes peeled and ears to the ground all the time," Ghost said. As with any kind of adventure, Ghost said that the best part of uncovering a location are the mixture of emotions that accompany exploring the unknown. “Depending on the spot it can be a wide mix of feelings – some give off eerie disturbing vibes, some are dangerous, sometimes we might get a bit anxious about security and we will be on high alert, but one thing that is consistent is the awesome adrenaline rush.” [caption id="" align="aligncenter" width="715"] 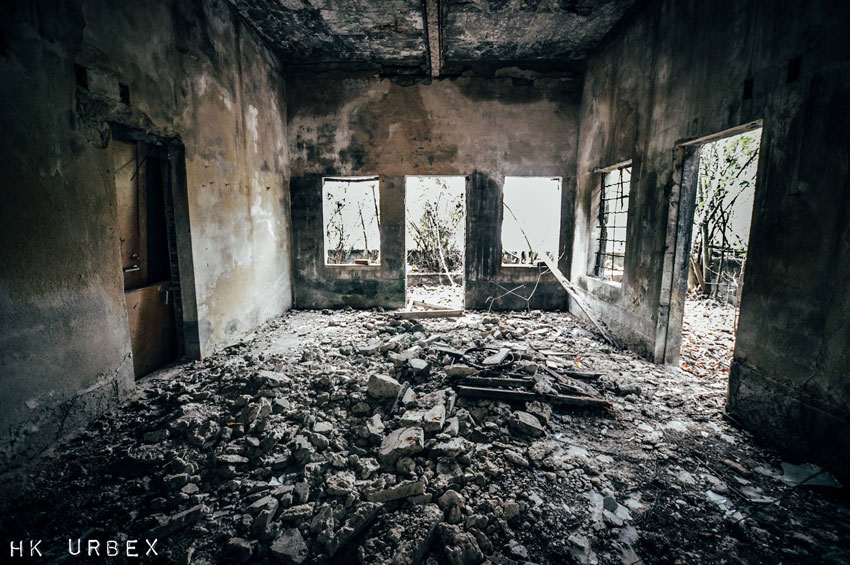 The Ruined Resort[/caption] Having visited some of Hong Kong's most haunted places, it’s clear that their experiences also led to some scary experiences, Ghost said. “We had bad vibes when one of us had a haunting experience after visiting a former milk-making monastery. Places that gave off unnerving atmospheres were also a slaughterhouse that we visited, a haunted house in Wan Chai, and a haunted school, a psychiatric hospital padded rooms and straightjacket designed for children, which we published a video of recently – plus we almost got locked in a pitch-black derelict screening room.” But, the team describes it more of an anxiousness rather than the feeling of fear. “We get anxious maybe from security as well as spiders, snakes, wild dogs and boars – but these all come with the territory and this is what we train ourselves for so you just gotta put that out of mind,” Ghost explained. One thing that the members of HK URBEX want to remind their followers is to not attempt this on their own. There are definitely risks and dangers to their explorations according to Ghost. “One member had a nail in his hand and another a close encounter with dogs and boars on different occasions, but never anything too serious.” The team is extremely professional when planning out an exploration, making sure that they’re all safe. Because of these dangers, they don’t often bring on new members and they definitely do not recommend that one just walk off the street and enter an abandoned building. [caption id="" align="aligncenter" width="716"] 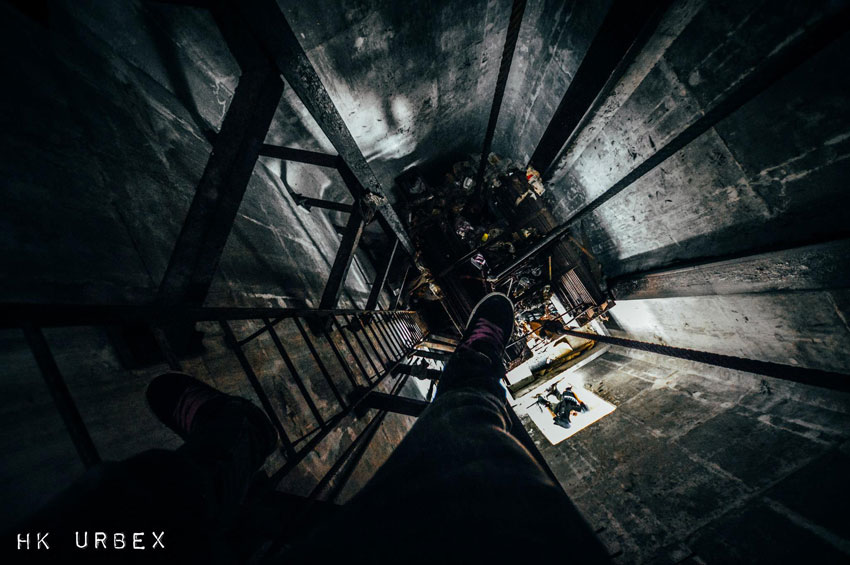 Pier Pressure[/caption] Their documentation has led to questions regarding the laws of trespassing. For HK URBEX, this is calculated risk Ghost said. “We have never been caught, though we know some who have. We would like to note too that our actions are careful and always calculated, and we don't break or steal anything - if we can see a way in without damaging or breaking a lock or anything, then we do it. If not, we don't. We don't advise or advocate people to do what we do. At the end of the day, photography is not a crime.” Ghost doesn’t see their explorations stopping anytime soon. “Right now we are working on a video of an abandoned factory and a video of a discarded police compound which will upload to our channel within a few weeks. We also have albums to upload of an abandoned farm, uninhabited television studios plus more deserted schools, a desolate courthouse and plenty and more.” [caption id="" align="aligncenter" width="700"] 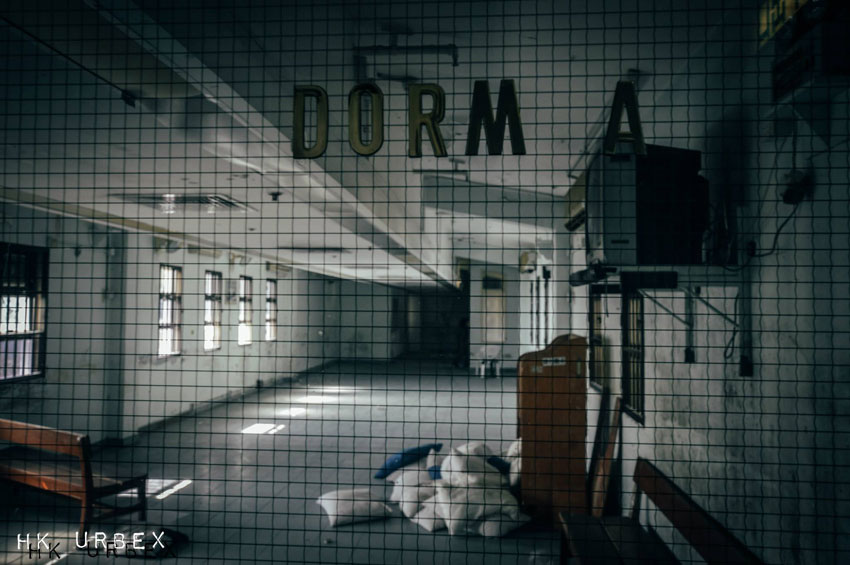