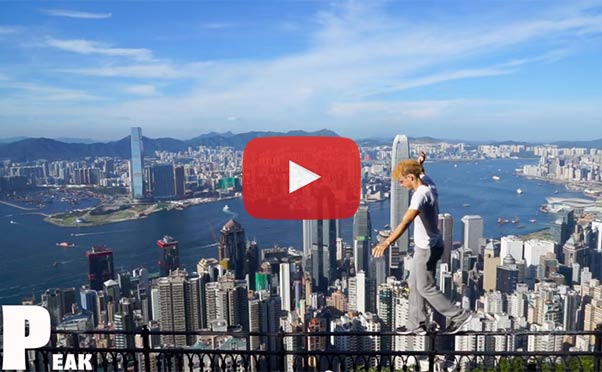 Tired of the oh-so-standard videos of our city? Well here’s one that’s definitely not run-of-the-mill! In the jaw-dropping “Chris Across Hong Kong”, stuntman Chris O’Neill literally flips, jumps, and tumbles through our amazing city. Eager to find out how his legs still functioned after days of backflips (anyone eager to count how many?), Localiiz spoke with O’Neill to find out why he focused on Hong Kong and what it took to make his video. https://www.youtube.com/watch?v=bSqUIt0zGeA   A stuntman by trade, O’Neill’s work includes feature films such as the recent summer blockbuster Transformers: Age of Extinction, shot right here in Hong Kong. Thus, doing crazy stunts is not something out of the ordinary for him. At three years old, O’Neill began practicing martial arts and his fascination with Asian culture only grew. After receiving a Bachelor’s Degree in Martial Arts Studies in 2010, O’Neill pursued stunt work in Japan before moving to Hong Kong last year “in search of a new adventure.” 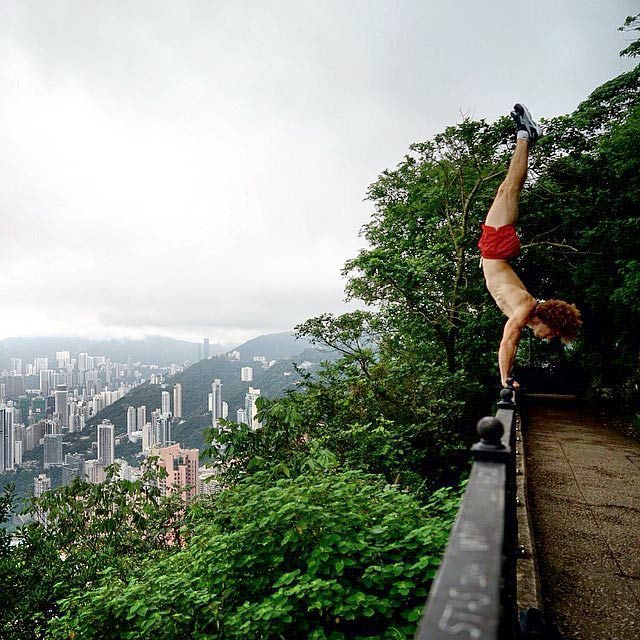 “As a kid, I dreamed about going to Hong Kong,” the American-born O’Neill says. “This city is magic for me…Have you ever felt like you just belong somewhere?” When asked about the making of his video, O’Neill told Localiiz that it was quite a lot of trial and error. “I didn’t really get to practice my shots much. I may only have one chance to get the shot right before someone yells at me, so I basically just have to wing it. At other places, I would spend hours upon hours doing the same move, trying to match my movies to the last scene. I did it basically from memory so it was a bit of a challenge.” 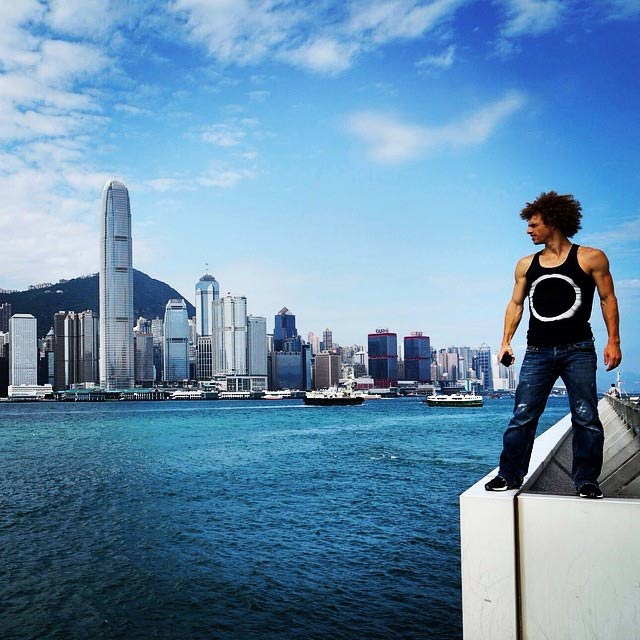 In total, it took O’Neill about a month to complete filming, mainly due to Hong Kong’s unpredictable weather. “It was vital for me to make Hong Kong look as good as possible…so I needed to wait for clear days”. Judging by how spectacular Hong Kong looks in many of his shots (how breath-taking is that Peak shot?) his patience clearly paid off. O’Neill also had to make sure that there weren’t too many people wandering in to his shots – a huge task to take on in Hong Kong! “I had to time each shot perfectly to avoid the odd tourist taking pictures or walking in front of the camera. I literally filmed the Avenue of Stars shot on six different occasions, because I couldn’t catch a moment with no people and a beautiful sky.” 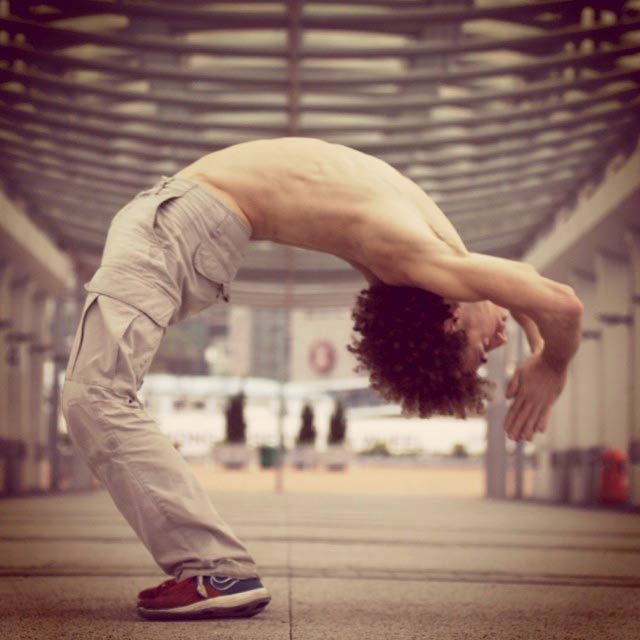 As O’Neill worked diligently to ensure continuity between his shots, he also encountered a common issue at many locations. “During nearly every shot, someone would come speak to me about not filming or getting injured,” O’Neill explains. The flipping videographer was frequently approached by security guards, which he classed into two distinct types. The first, according to O’Neill, are “super serious, no fun and games, get off the statue, security guards.” In these cases, O’Neill says he would respectfully pack up his camera and leave. While there are a few places he jokingly says shouldn’t go back to, he also encountered guards who asked him to repeat his flips so they could see him in action. The end result, he says was worth it. “For those who haven’t been to Hong Kong yet, I promise you: this place is far more beautiful than I can portray in my video. Hong Kong is like no other place on Earth.” If you want to see more of O’Neill, or hire him for your next production, visit his website or his YouTube channel for more proof of his spectacular talent! Got anything cool you'd like Localiiz to share? Send us your stuff!