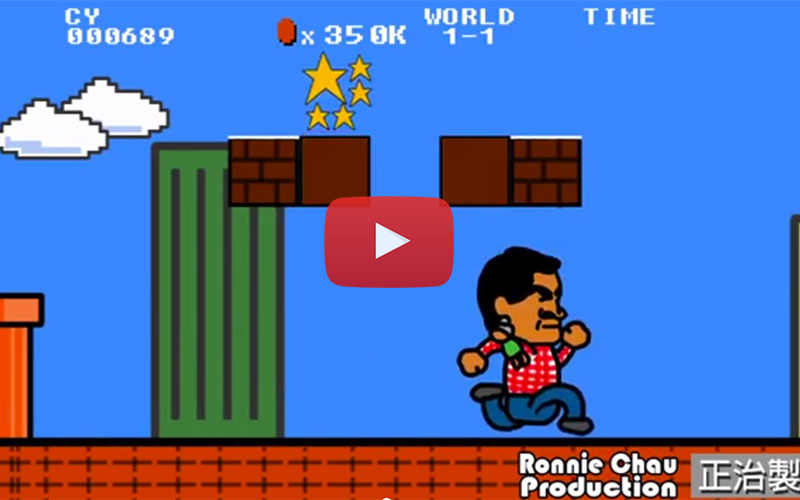 First he took on the persona of Lufsig the cuddly wolf and now he’s appeared in his very own computer game. But there’s nothing childish about this new politicised video of widely detested Hong Kong Chief Executive Leung Chun-Ying. First published on YouTube by Ronnie Chau and shared on Facebook via This Is Hong Kong on January 11th, the kooky Mario Bros-style offering is quickly becoming a hit with Chinese speaking Hong Kongers. For those of you who are a bit rusty on your Cantonese (shame on you!), here’s our handy translation: 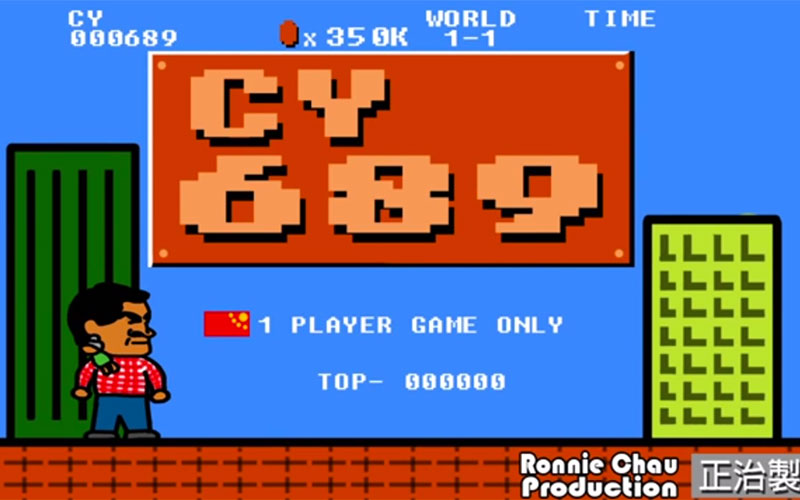 The video begins with a screen bearing “CY 689”, in reference to the fact that Mr Leung won the election in 2012 with only 689 votes out of 1,200. It was the lowest winning rate ever, prompting people to start referring to him as Mr 689. 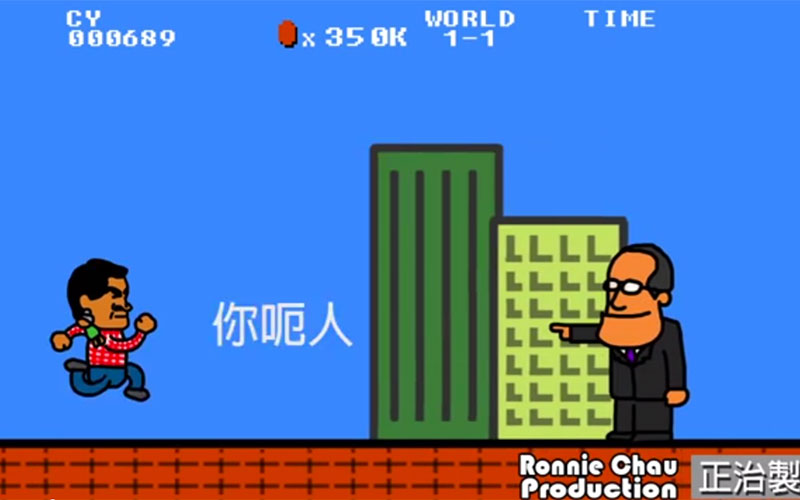 Our pixelated leader then moves on to encounter Henry Tang, his main opponent during the election. Tang points at CY shooting his famous quote “You Lie!”, which CY dodges with ease and continues on his merry way. 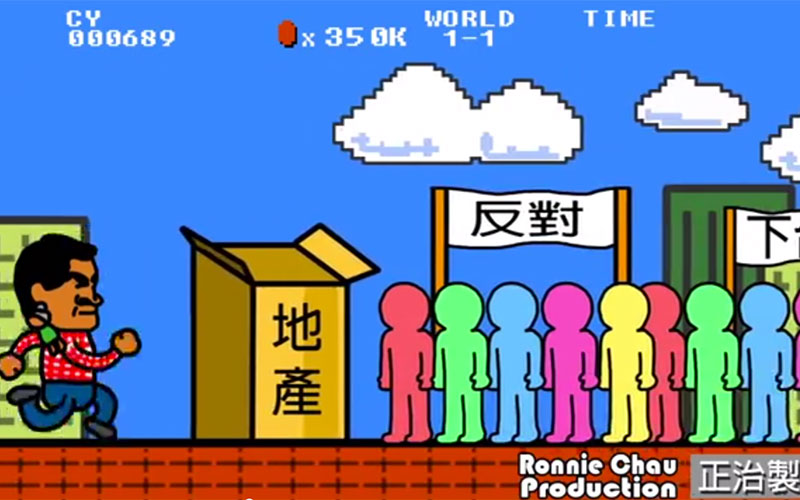 Further on, CY gains a ‘power up’ from a box bearing the logo of the Communist Party of China, and picks up some suspicious looking brown shapes accompanied by the words “Bullshitting Up”. His extra powers allow him to retrace his steps in order to knock down a group of protesters holding banners demanding his resignation. 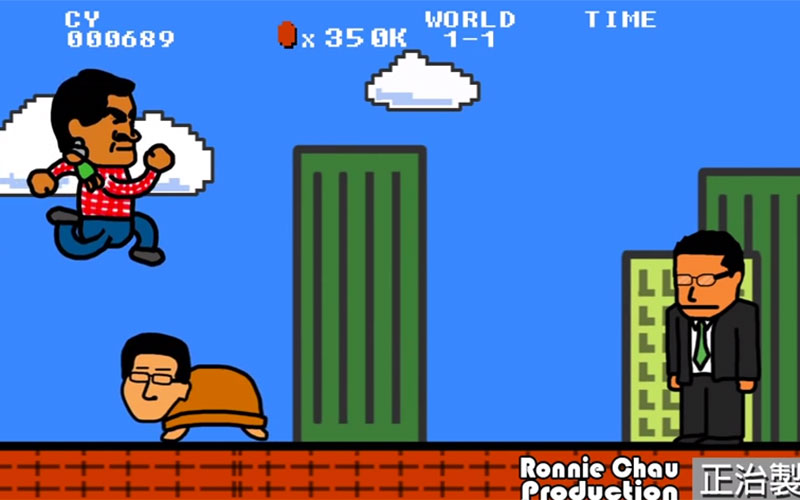 We then see Gregory So, Kam Leung in the form of a basket and HKTV founder Ricky Wong looking rather glum. This highly metaphorical scene represents the “basket of reasons” Mr So gave for rejecting HKTV’s application for a free-to-air TV licence last year. The phrase became particularly well known among locals as “basket of reasons” and “because of one man” (referring to CY) are pronounced exactly the same in Chinese. 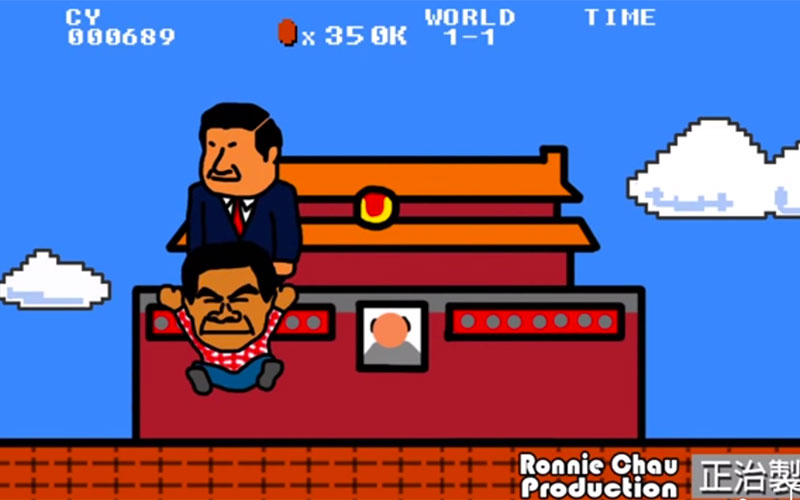