Friendly Reminder: Your Octopus Card is Just a Card

By Stasia Fong 14 November 2014
share:
We can’t deny it – we all rely on our Octopus Cards a little too much. They get us to-and-fro, they help us purchase meals, groceries, and even movie tickets. The Octopus Card, is essentially a Hong Kongers best friend, without the tearful confessions after a night at LKF. Its technology is praised around the world. Hong Kong’s tourists get the privilege, if even for a few days, of discovering the magical wonders of the Octopus Card as they travel about our city. Even though it's easy to get lost in the ‘allure’ of the Octopus, one intelligent campaign designed by students at California State University, Long Beach (CSULB), reminds us that the card is, after all, just a card. 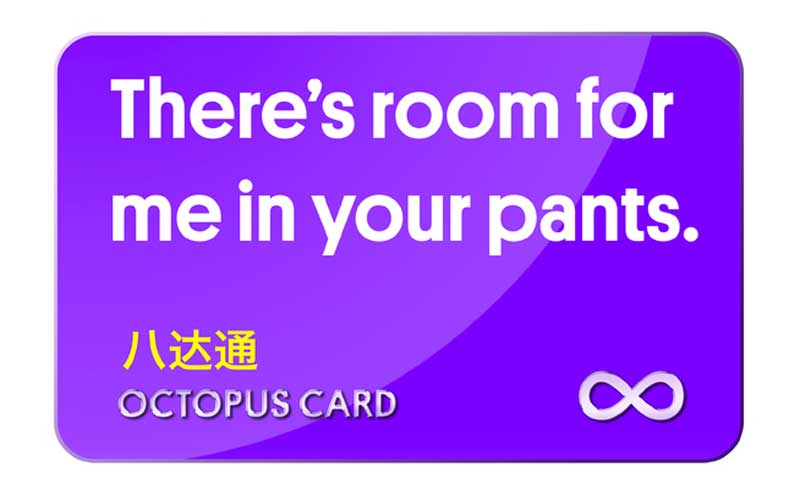 Each spring, students in CSULB’s BFA Graphic Design Programme are assigned a semester long project, sponsored by Hong Kong’s Polytechnic University (PolyU). Assigned by professor Tor Hovid to design a campaign directed at tourists for the Octopus Card, Vipul Chopra, Gabe Ferreira, Nik Killian, Patrick Toste, Tanner Woodbury, and Elijah Zapien created their sharp concept. The project lasted for a semester, and ended with a trip to Hong Kong where the six students presented their ideas to the faculty and students at PolyU. 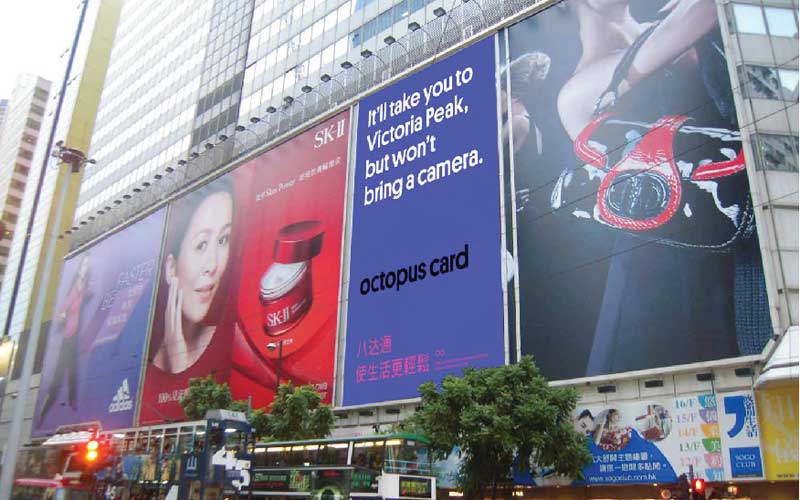 “The inspiration came from just talking as a group. Realizing that the card does everything, we eventually came up with an idea about figurativeness and personification, which gives a human quality to the Octopus Card. And this led us to promote popular tourist attractions where the Octopus Card can be used, yet reminding the audience in a humorous manner that it is still just a card,” Chopra told Localiiz. Featuring hilarious quotes such as “It’ll Buy You a Steak Dinner, But Won’t Call You Back,” the copywriting is refreshing and intelligent.

Aimed at English speaking tourists – the campaign's humour clearly comes from Western thinking. With the tourist market of Hong Kong being predominantly Mainland Chinese, we were curious about how the students went about translating it to Chinese. “We used the services of Google Translate at first and our translations were not the best. But once we got to Hong Kong and got to engage with some fellow designers from Hong Kong, we gratefully got some assistance from them to correct our translations. It was pretty funny how far off some of our original translations were, thanks Google Translate,” Toste explained. 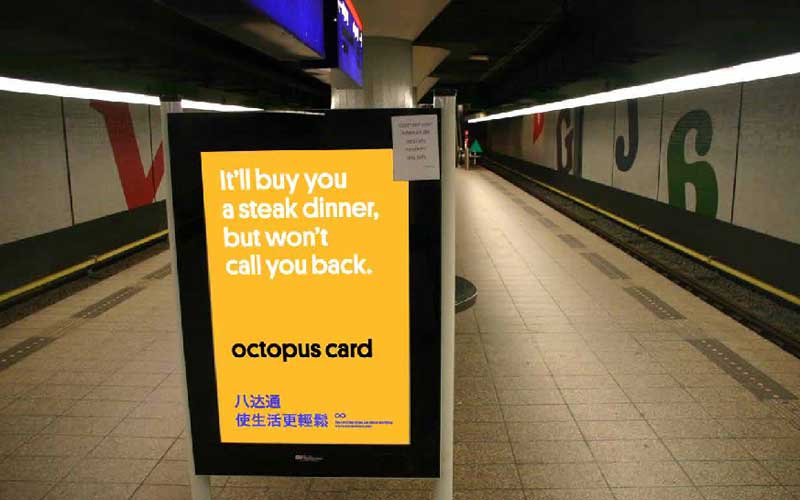 Thankfully, their well thought out and non-Google translate copywriting was extremely well received by their peers at PolyU. “We were very nervous as to the reaction to the humour in our solution because it played such a large role in the concept. We talked about how we were unsure if the Hong Kong students would even understand our type of humour. Fortunately, when it came to our presentation the room was full of laughter. Actually I think the Hong Kong students found it funnier than some of our fellow American students,” Toste explained. Professors received the presentation just as well. “Patrick Fang, a guest critic and creative director at agencies who deal primarily with Asian markets, described our campaign with three words: "Brilliant, I'm sold!,” Ferreira told us.

Unfortunately, with their trip to Hong Kong cut short, the students did not have the time to pitch their concept to the MTR Corporation during their visit. With an idea as clever as this one, we hope that this article serves to get their work out there. Localiiz is sure to have one or two fans that work for the MTR! Any takers? Got anything you'd like Localiiz to share? Send us your stuff!