Film It to Win It: The Hong Kong Version of Underworld’s Dark & Long 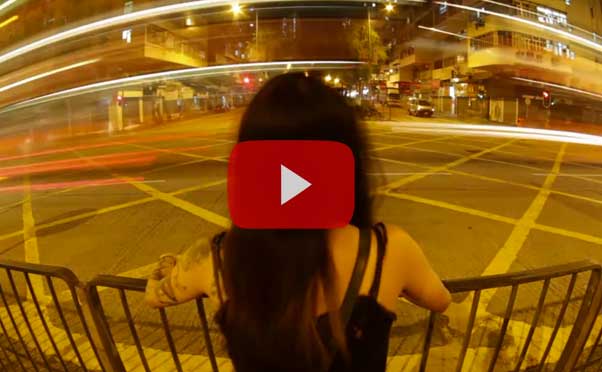 Hong Kong filmmaker Alex Rodriguez is back and once again searching for your votes. In August, we featured his ‘Skate for Real’, a submission in a Sport Documentary competition by Prime & Fire. This time around, Rodriguez is sharing his Hong-Kong centric take on a music video for a brand new competition. https://genero.tv/watch-video/38967   Started by the global creative community genero.tv, entrants are tasked to Make the Official Music Video for Dark & Long (Hall’s Edit) by legendary British electronic group, Underworld (Trainspotting anyone?). Given creative freedom, Rodriguez joined fellow filmmakers to create their takes on the best music video to fit the classic song. Underworld will choose the official winner, awarding a grand prize of USD$5,000 and adopting the selection as the official 'Dark & Long (Hall’s Edit)' music video. Rodriguez chose to create a time-lapse of Hong Kong's neon-filled night, shot primarily in Kowloon's Sham Shui Po, Prince Edward, and Mong Kok neighborhoods. “A friend sent me the link to participate in the competition. Once I heard the song for the first time, I immediately thought that the Kowloon district would be perfect for it,” Rodriguez explains. While creating time-lapse videos is popular amongst budding videographers, but what sets Rodriguez’s apart is creating a narrative by following a girl as she navigates the city streets. “Since the song conveys a dark and sad mood, I thought that I’d combine time lapse clips of the atmosphere of her walking, searching, waiting, and moving around the city at night. For a good time-lapse you need movement, could be lights,shadows,people, and Hong Kong is a place where you have infinite locations to shoot time-lapse, everything is in movement 24 hours [a day],” Rodriguez says. In total, Rodriguez spent a few days location scouting, three nights filming, and 14 hours of editing, right up until the competition deadline. As the only contestant hailing from Hong Kong, Rodriguez’s entry unique uses our city as a backdrop. All he needs now is his fellow Hong Kongers to support him by viewing, sharing, and liking his video.   Got anything cool you'd like Localiiz to share? Send us your stuff!