You should never compromise when it comes to whom you marry, your ideals, and the coffee in your cup. Like a fine wine, your first taste of a superior brew can adjust the scale with which you measure quality. When I lived in San Francisco, I once considered a Nespresso brewer to ensure my regular caffeine jolt. During my research, I asked a born-and-raised local friend which I should buy, and with a puzzled look on his face he asked me why I would consider it given the high-level of roasts in the Bay Area. I never considered a pod brewer again, until I moved to Hong Kong where coffee drinkers seem to fall somewhere between the logo drinkers, queuing up in front of a green mermaid, and the chemistry aficionados, admiring the glass and copper laboratories that would more appropriately be operated by a mad scientist than a barista. Now before you jump up to defend your local café, it must be said that there are a selection of satisfying cups of coffee in the city, handcrafted by knowledgeable baristas, working hard to ensure you enjoy their creation. But in a city best known for milk-tea, there are improvements yet to be made. Enter Eugene Chan, Wilson Cheung, and Marcus Liu. The close-knit trio have been quietly satisfying the particular taste buds of coffee aficionados since opening Lof10 (aka “love often”) in Sheung Wan last October. 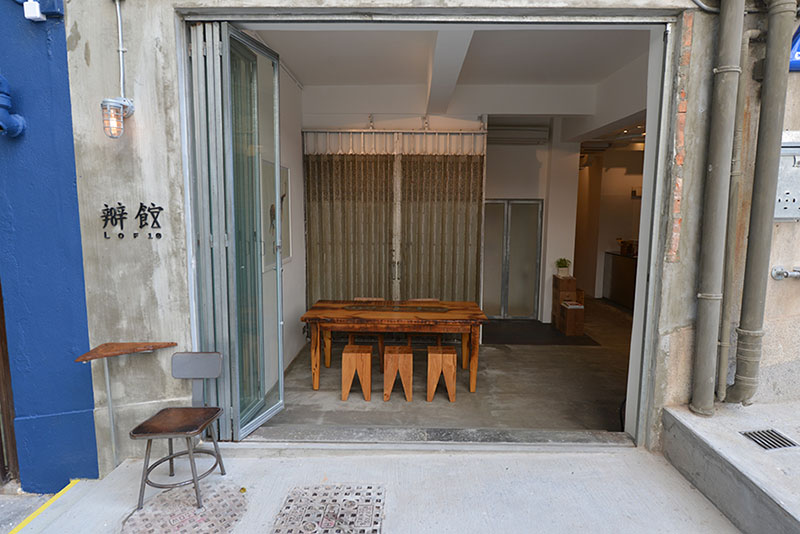 Hong Kong born and educated abroad in California, the entrepreneurs fell in love with the Los Angeles coffee culture. After leaving their careers to return to Hong Kong, Chan and Liu first set their sites on wine, specifically imported from California, and opened ZeitgeistLoft two years ago. The mission was to boost the image of the wines that they enjoyed while improving the image of vintages they felt were misrepresented by Hong Kongers as cheap. The wine importing business went well after launching, yet the constant hangovers from sales meetings required satisfying caffeine, which Liu says was lacking in Hong Kong. So they opened up a coffee shop, in the style that originally enthralled them. “It’s less like a Hong Kong coffee shop and more like LA,” says Chan, a former accountant. “It’s a chill out spot, not just a place to get a caffeine boost.” On this occasion there are two young men in shorts and t-shirts, working on Macbooks, and slowly sipping from white cups. On a far wall hangs a rainbow Apple logo, which Cheung says is the quieter area to plug in when the crowds arrive. The atmosphere is not the only California affectation. The simple, clean kettles, glassware, electronic scales, and even the coffee, are imported from the U.S. A few days earlier, a sign in the window of the trio’s latest venture, Lazy Hog, caught my attention, announcing the sale of Blue Bottle coffee, a sought after, Oakland-based brand that is very nearly worshipped in Los Angeles and San Francisco. Lof10 was the first shop in Hong Kong to serve Blue Bottle, starting in July after the company bought its previous wholesaler, Handsome Coffee. Since then, only Lazy Hog serves the brew and Blue Bottle, which plans to open a roastery and café in Tokyo early next year, say the overseas deal was unusual. “We don’t typically have international wholesale accounts,” says Blue Bottle spokesman Byard Duncan. “This was an exception.” Blue Bottle, known for only serving freshly roasted beans, is a perfect match for Lof10 as Hong Kong develops its coffee identity. “A good roaster needs about 10 years of experience,” says Chan, who mentions that most Hong Kong roasters have been working at their craft for roughly five years. As word is sure to spread among coffee drinkers looking for more than just a quick pick-me-up, Chan shows a little apprehension; possibly appreciating the fragility of the environment and customer service he and his partners have created in a city known for mass consumption. (At one point during our conversation, Liu excused himself to greet a young man entering the café, with the warmness usually only reserved for family, friends, or fellow Californians.) “We are trying to stay boutique, to provide a service that makes us special,” Chan says. The challenge for these young men will not be creating their dream, but holding on to it.   Got anything cool you'd like Localiiz to share? Send us your stuff!