The Fight Against Hong Kong Pollution On Earth Day 2013 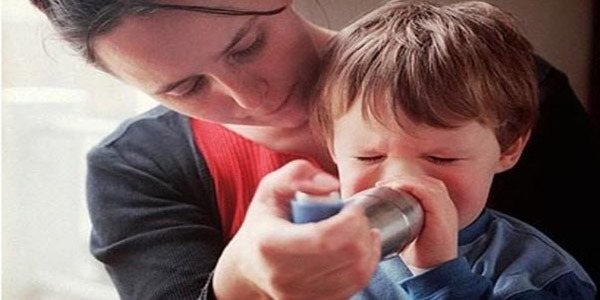 Today is Earth Day, when more than a billion people from almost every country in the world join forces to litter pick, take action against pollution and generally give Mother Earth a helping hand. With an estimated 90,000 hospital admissions and 2,800 premature deaths every year caused by roadside pollution, Hong Kong is one city that cannot afford to ignore the world’s largest secular event. Cases of asthma and bronchial infections have soared in Hong Kong in recent years due to reduced air quality. Studies also suggest that the mortality rate from vehicular pollution doubles for those living 50m from traffic – figures that are particularly worrying for the millions of Hong Kongers who live directly next to and above busy thoroughfares. And contrary to popular belief, barricading yourself indoors with the air-con blasting does not keep you safe from the harmful particles in the air. According to research, smaller particles of 2.5 micrometres or less can be more than twice as prevalent indoors than out. It is also thought that these tiny particles are particularly dangerous to our health as they are more easily absorbed into the lungs and the bloodstream. Speaking exclusively to Localiiz, Kenlice founder Kenneth Kong said he believes the pollution in Hong Kong could be affecting both worker productivity and the local economy. “A large amount of people in Hong Kong have breathing problems because of the particles in the air that we can't eliminate on our own,” Kenneth said. “While many people feel uncomfortable outside in Hong Kong on high pollution days, most don’t realise that the air is also polluted indoors as well." “Some people, especially expats, find they suffer from allergies and breathing problems here,” he continued. “This means that many expat workers decide to return to their home countries or not come here at all. Those that do stay may find they take sick leave more often, which is not good for a company or a country, and people find it harder to be productive and concentrate when they're feeling sick.” Kenneth says that Hong Kongers can make their homes and workplaces healthier by regular cleaning fabrics and investing in air purification systems. Unlike some other air filtration systems, the Amaircare TrueHEPA range stocked by Kenlice boasts fully-sealed filters that prevent any pollutants escaping into the room and remove 99.97% of particles from indoor air. The company also performs indoor air-quality checks and offers carpet, mattress and soft furnishing cleaning services, helping to remove bacteria and irritants that cause allergies and breathing difficulties. Also offering air purification systems in Hong Kong is Eco Living, a Sai Kung-bases supplier that prides itself on stocking products that are sound from both an economical and environmental perspective. Eco Living is Hong Kong’s only Ensto supplier, a firm that manufactures efficient underfloor heating systems, electric vehicle charging stations and home ventilation systems that clean the air while controlling temperature and humidity. “Hong Kong is a very humid place with a high level of carbon in the air and pollution,” said Alex Croft from Eco Living. “The ventilation systems we stock clean the air and dehumidify the house at the same time. They get rid of the need for a dehumidifier and keep the room at 23% humidity - the ideal level in Hong Kong - rather than 99% found outside. They’re also energy efficient, so you’re not harming the environment at the same time.” It is estimated that pollution costs Hong Kong HK$21.2 billion a year in hospital admissions and lost productivity alone, while the Stock Exchange has warned that the poor air quality is scaring investors away and putting the country’s long-term competitiveness at risk. Bridges Executive Centre, which supplies offices, advice and assistance to Hong Kong start-ups, agrees that the city’s pollution levels cannot be swept under the carpet. “We are finding that the air quality in some districts of Hong Kong is not as good as in previous years,” said Bridges Executive Centre’s Managing Director Fion Sen. “Although we haven’t noticed an effect on the worker productivity at this stage, it is an important issue that shouldn’t be neglected by entrepreneurs.” “We put a huge focus on reducing waste, saving energy and improving air quality in everything we and our business centre clients do in order to minimize the negative impact on the environment in our daily operations.”