By Localiiz 6 September 2013
share:
September 6th 2013 Although Hong Kong is Westernised in many ways, some old habits die hard within the local population, especially when it comes to business. Foreigners looking to get ahead here should therefore pay close attention to the rules and customs, as they can make all the difference when it comes to striking that dream deal. In this Insider Guide to Business Etiquette in Hong Kong, ITS Education Asia talks us through the dos and don’ts of professional practice. 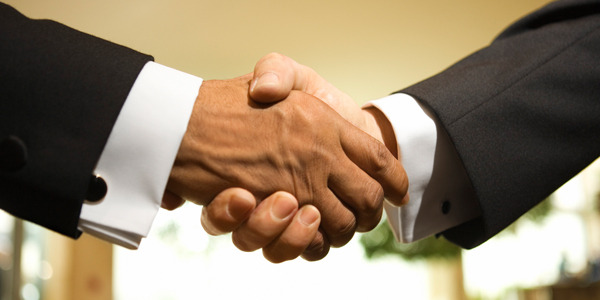 Greetings When you are introduced to a group of people, greet the most senior member first and stand up as key people enter the room. Always greet your business contacts with a handshake, but don’t go for the death-grip. As it is an adopted custom, a firm handshake is not seen as a sign of status in Asia, and you will find most are rather limp. Traditionally, the most important person will sit at the head of the table, looking toward the door, with a hierarchical seating order following from there. If in doubt about where you rank, wait to be ushered into place.     Card and Money Exchanges Pass and receive business cards with both hands right after the initial greeting. Failure to do so is considered very rude, even for foreigners. Pass the card by its corners to demonstrate particular respect. If you deal with locals a lot, it might be worth considering getting your English contact details translated into Chinese on the other side of your card. Both hands should also be used when passing and receiving money or contracts from someone you respect.     Names and Titles Always address people by their title and surname (e.g. Professor Chan). It is common for Chinese people to have an English name that they use with Westerners. However, it is still respectful when greeting them for the first time to use Mr or Ms (+surname). Even if you have met someone several times, it is best to wait until they invite you to use their first name before switching to a more informal greeting.     Dress Businesspeople tend to dress extremely conservatively in Hong Kong, usually in black suits, shirts and ties. Try and stick to your formal attire, even during more casual dinners, and do not be tempted to remove your tie or jacket. Also, women should avoid wearing particularly short skirts when conducting business deals. Pay close attention to the meanings of colours when dealing with traditional Chinese businesspeople. Red is considered a lucky colour, while white is the traditional colour of mourning.     Behaviour   It is polite to schedule a meeting around one or two weeks in advance, and always call or email the day before to confirm your appointment. Be on time and well prepared for your meeting, demonstrate diplomacy and always remain calm, patient and modest during negotiations. Showing emotions (losing face) is seen as a sign of weakness in Asia. When gesturing, use an open hand, as it is considered rude to point. Winking is even more frowned upon. Also avoid anything that could be construed as snarkiness or mockery, and don’t roll your eyes. If your host offers you a drink or something to eat, accept whenever possible. In Hong Kong business culture, negotiations take a while, as everything is discussed in detail and considered thoroughly. Be prepared to be asked the same questions more than once. Although English is commonly used in Hong Kong business meetings, be respectful of your Chinese counterparts by speaking slowly, clearly and without too much jargon and idioms. If your contact sucks air through his/her teeth quickly and loudly, this is a sign of surprise or dismay. Rethink or reword your request if possible.

When in doubt about how to behave in business dealings in Hong Kong, follow your host’s lead. Business etiquette here is not nearly as detailed or strictly followed as it is in mainland China, so as long as you’re seen to be making an effort to show respect, your contacts will likely be impressed.

Tags:
Articles
share:
chevron_left
Articles Behind the Scenes of the City
Articles Doctors with a Difference: An Insider Guide to HK Alternative Health
chevron_right
homepage4 0