The Battle of Hong Kong: 10 historic landmarks you can visit

8 December marked the anniversary of the start of the Battle of Hong Kong. Early in the morning of 8 December 1941—just hours after Pearl Harbour—the Japanese military crossed the Chinese border and attacked the city, dragging it into the chaos and brutality of World War Two. Almost eighty years later, we take a look at ten of the memorials and markings dotted around Hong Kong. Of course, these historic sites are only the tip of the iceberg, with hundreds of surviving pill-boxes, bunkers, and air-raid shelters to be explored—each acting as a poignant reminder of the sacrifices made by those who fought to defend the city. 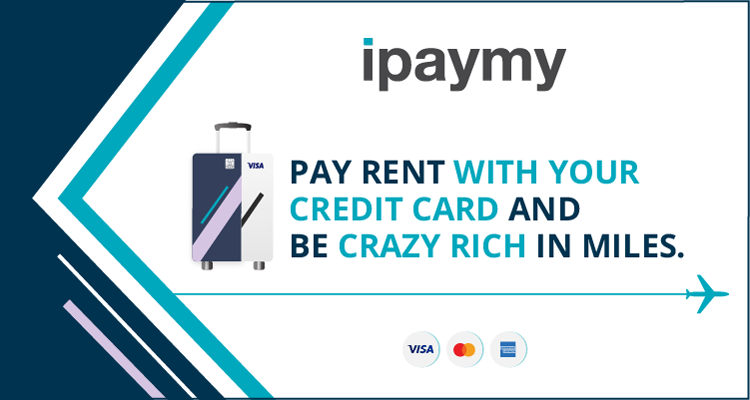 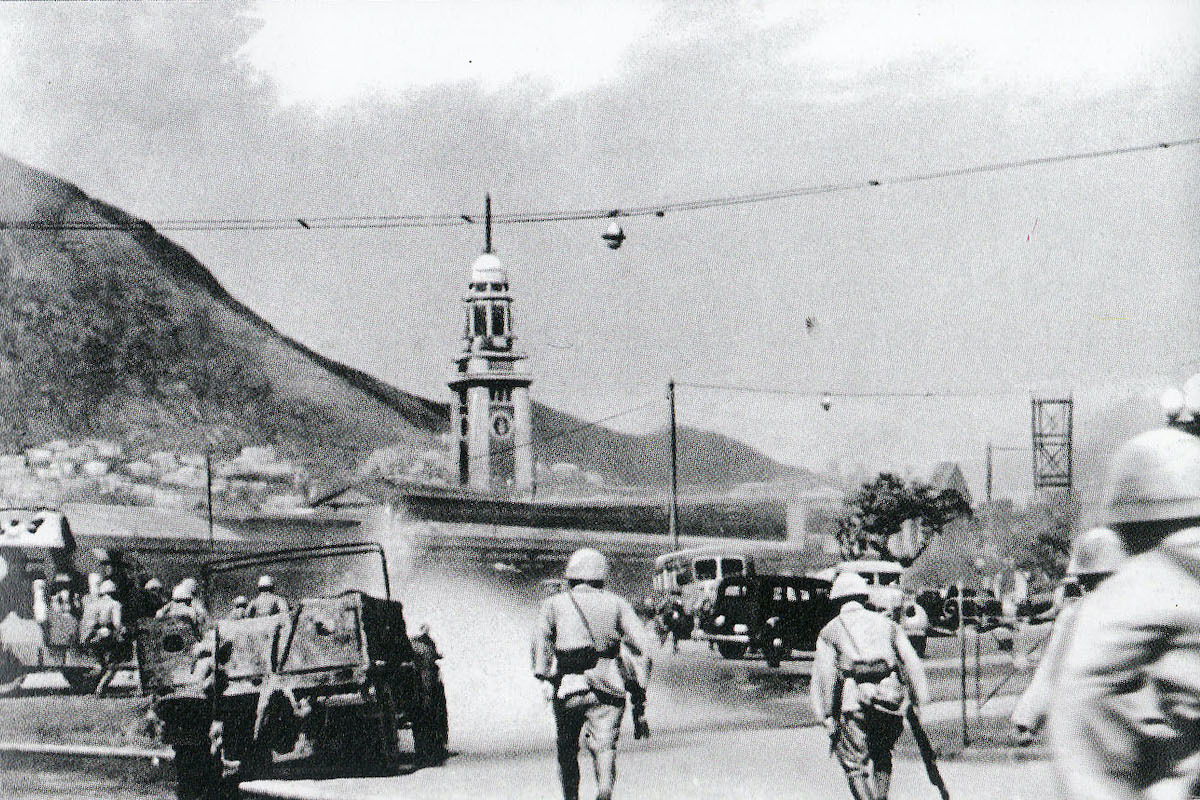 The surprise element of the attack on the city worked well for Japan, and it took just 18 days for the defending British, Indian, Canadian, and Hong Kong forces to fall. The invading forces took control of Kowloon and the New Territories during the first few days of the battle, and on 18 December, they crossed Victoria Harbour to take Hong Kong Island. Just seven days later, Hong Kong surrendered, signing the official document on 25 December 1941—the historical day we now know as Black Christmas.

The Gin Drinkers Line was the major line of defence in the New Territories, with 18 kilometres of trenches, pill-boxers, and bunkers stretching from Gin Drinkers Bay in Kwai Chung to Port Shelter in Tai Po Tsai. Along this defence line, you’ll come across Shing Mun Redoubt—a network of underground tunnels to be used by the defenders of Hong Kong to protect Kowloon. To ensure that the Japanese couldn’t easily navigate the underground maze, the tunnels were named after London streets, such as Shaftesbury Avenue (pictured above left) and Regent Street (pictured above, bottom right). Strand Palace Hotel (pictured above, top right) was the code name for the Shing Mun Redoubt military headquarters.

Unfortunately, when war broke out, there were only around 30 Royal Scots soldiers able to guard the area. As a result, the Redoubt was taken hours after the Japanese invaded—a major victory for the Japanese. If a day of historical sightseeing in the New Territories takes your fancy, we recommend packing BBQ supplies and enjoying a post-adventure feast at the public Shing Mun BBQ pits, which overlook the picturesque reservoir. Click here to find out more. 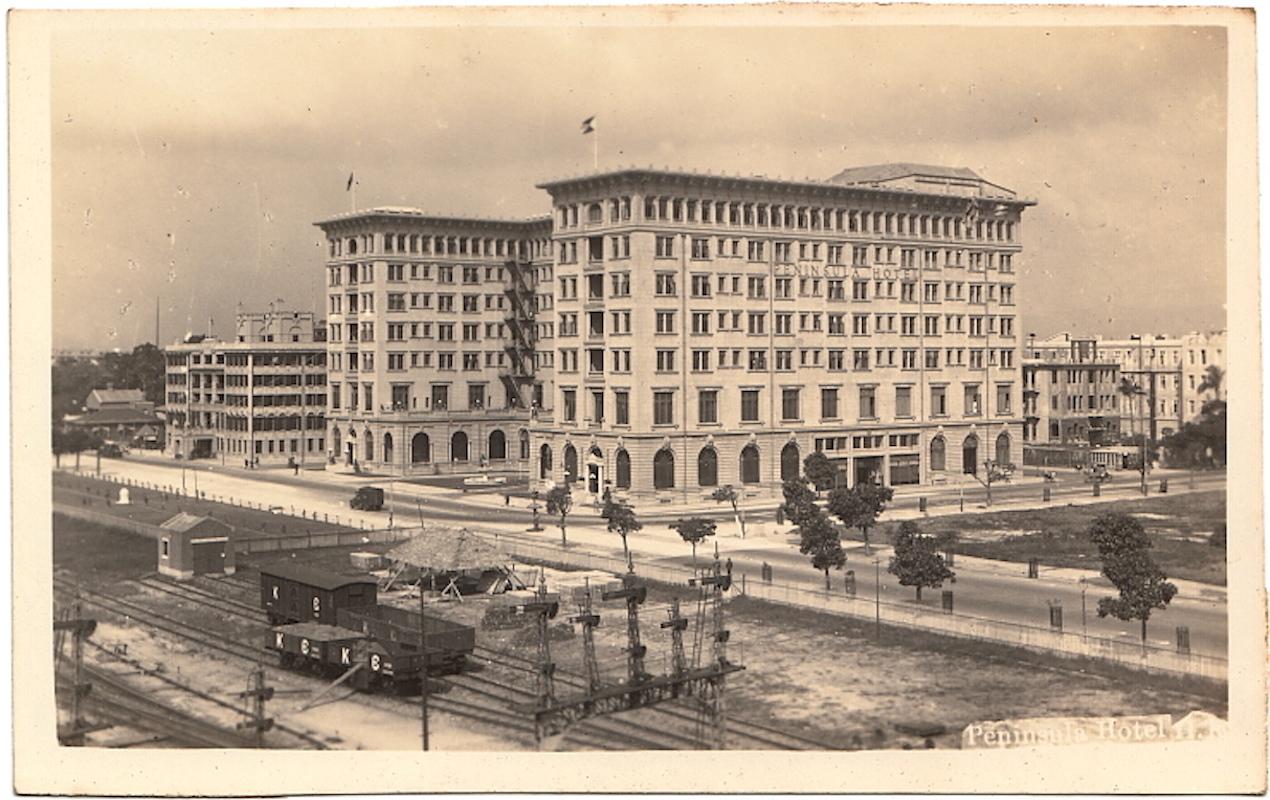 Perhaps best known today for its delicious afternoon tea and astounding harbour views, The Peninsula Hotel in Tsim Sha Tsui also holds great significance for the Battle of Hong Kong. Firstly, the third floor of the grand, colonial building was taken over by high-ranking Japanese officers during the battle. Perhaps most importantly, however, it was here that Hong Kong Governor, Sir Mark Aitchison Young, surrendered to the Japanese, signing the official document by candlelight at 7 pm on 25 December 1941. 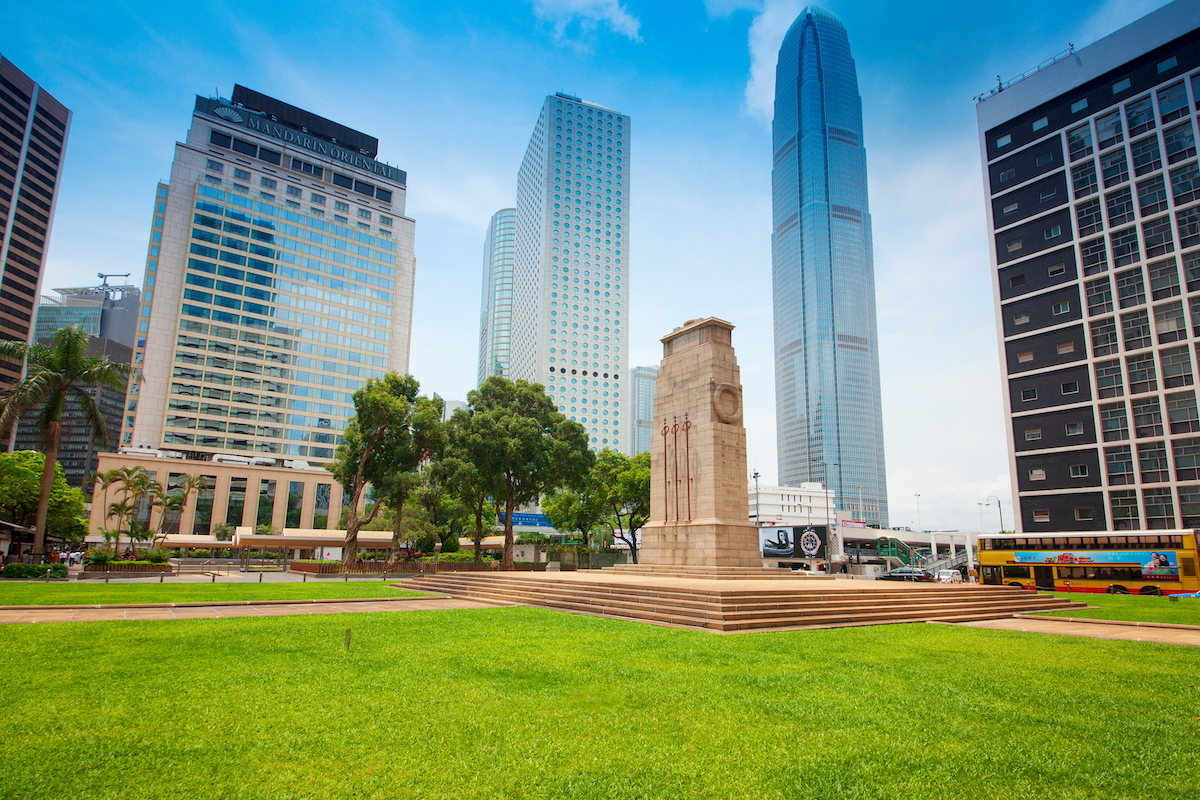 Originally built to commemorate those who fought in World War One, The Cenotaph monument now also honours those who sacrificed their lives for Hong Kong in World War Two. Inscribed with the words “May their martyred souls be immortal, and their noble spirits endure,” this listed monument is the go-to if you’re looking for somewhere to have a moment of historical reflection. While you’re in the area, see if you can spot any of the bullet holes in the Court of Final Appeal Building, which stands next to Statue Square on 8 Jackson Road, Central. 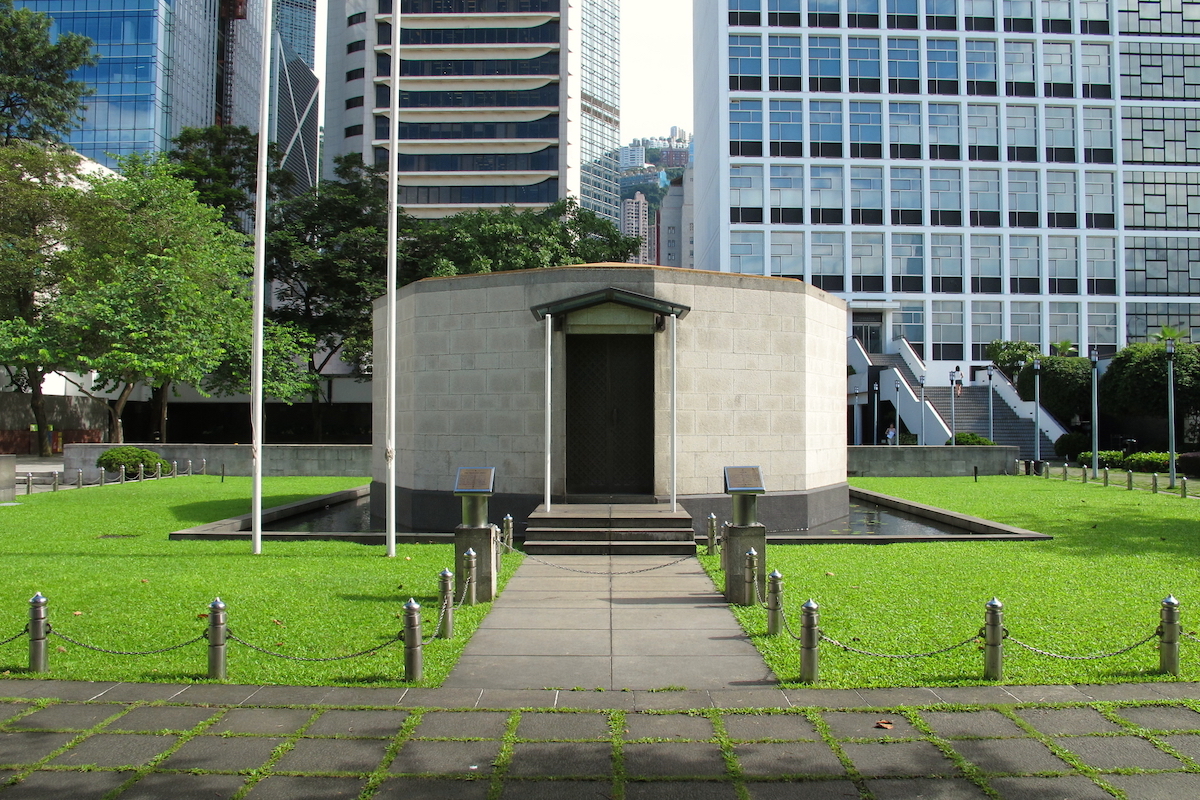 Just across the road from The Cenotaph is the City Hall Memorial Garden. Take note of the copper gates at the entrance of the garden, which bear the emblem of the Hong Kong Volunteer Defence Corps and Royal Hong Kong Regiment. In the centre of the Memorial Garden is the Memorial Shrine, which houses plaques listing the names of the units which fought in the Battle of Hong Kong. For the garden’s central location, it is surprisingly calm and peaceful. 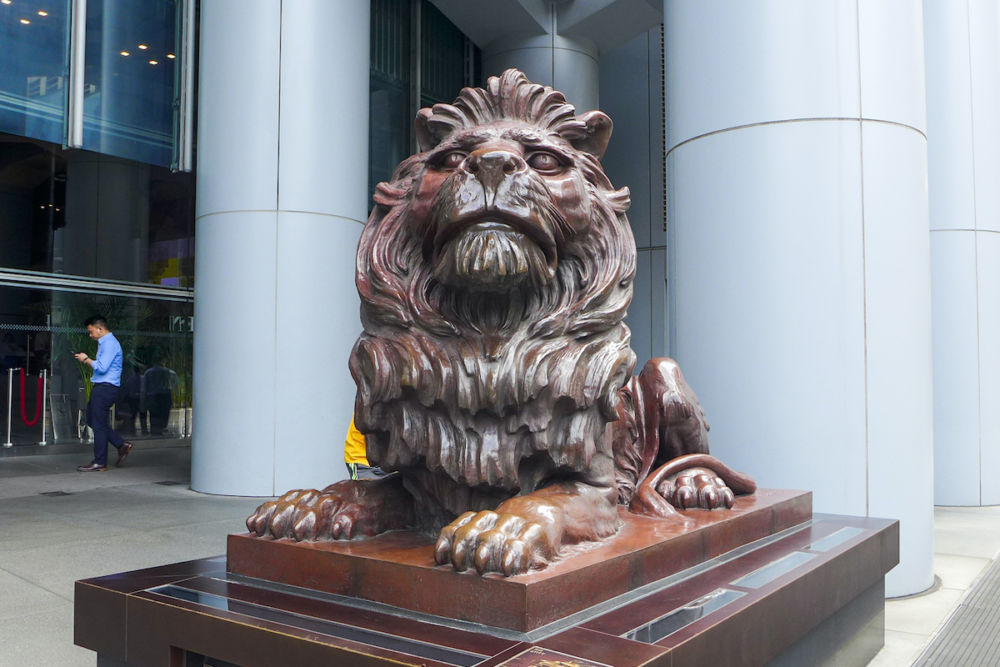 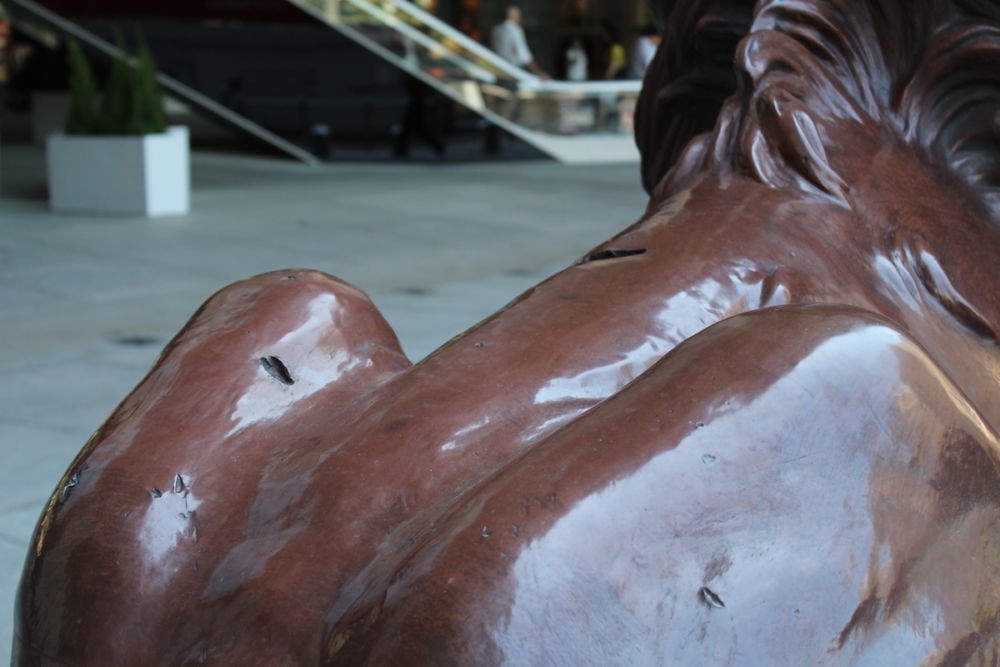 It’s pretty difficult to pass by the HSBC Main Building without catching sight of the two majestic, bronze lion statues which have guarded the Des Voeux Road entrance since October 1932, when the building officially opened. Upon closer inspection, you’ll see bullet holes in both of the statues, fondly known as Stephen and Stitt, which were caused by downtown fighting during the Battle of Hong Kong.

The lions’ war tale continues, as they were then kidnapped by the invaders and shipped back to Japan as scrap metal. Fortunately, they were saved from such a fate by an American soldier who spotted them in Osaka, and in the autumn of 1946, Stephen and Stitt were returned to their rightful places. On 18 October 1946, the South China Morning Post reported: “In the dead of last night the two bronze lions … crept back to their pedestals and this morning looked as comfortable and unconcerned as if they had never moved.” 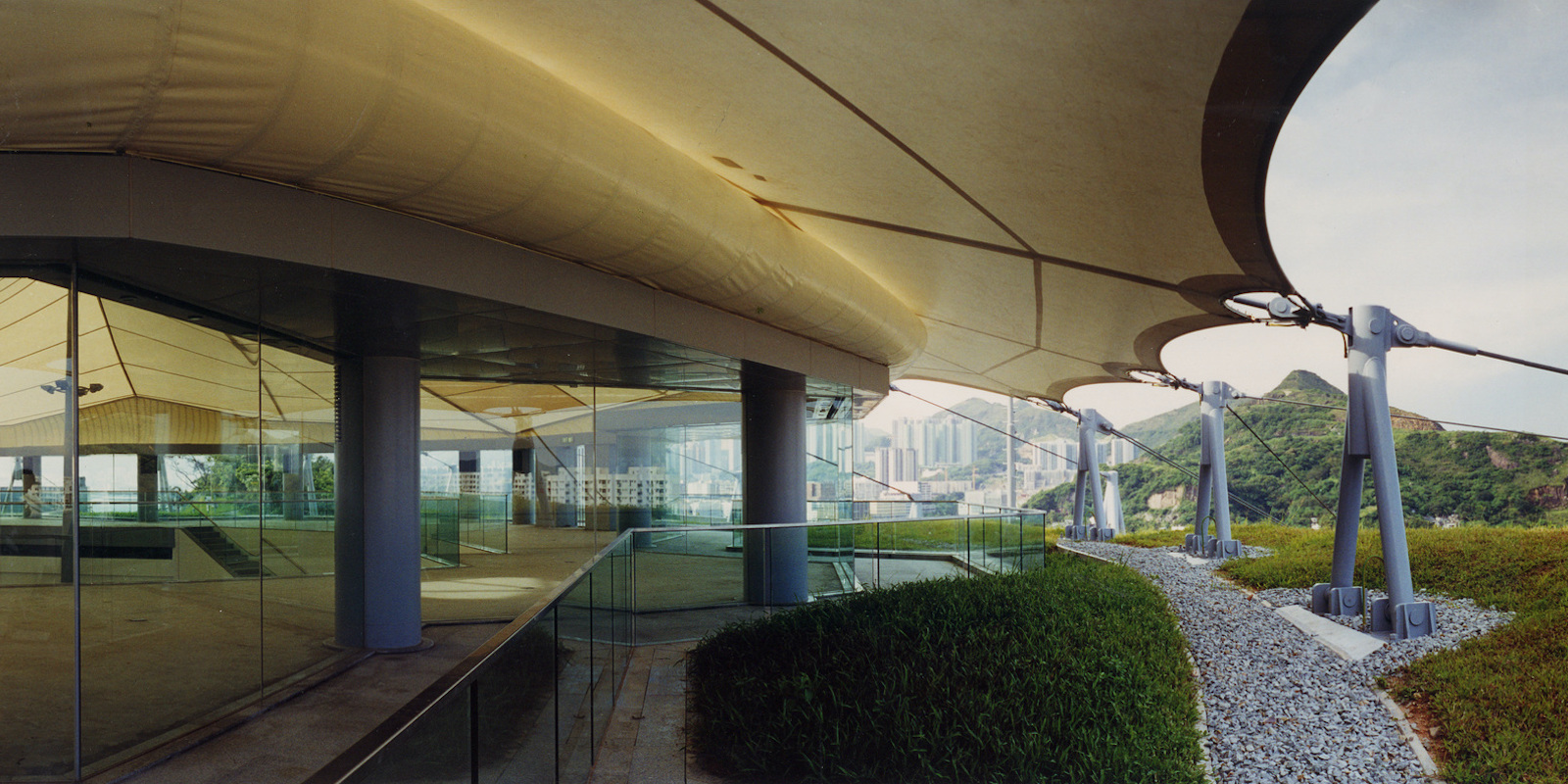 Formerly the Lei Yue Mun Fort, the Hong Kong Museum of Coastal Defence marks the point where the invading Japanese forces crossed Victoria Harbour to launch their attack on Hong Kong Island. Nowadays, the former fort is a haven for those with an interest in local history, with artefacts and historic objects up to 500 years old on display. 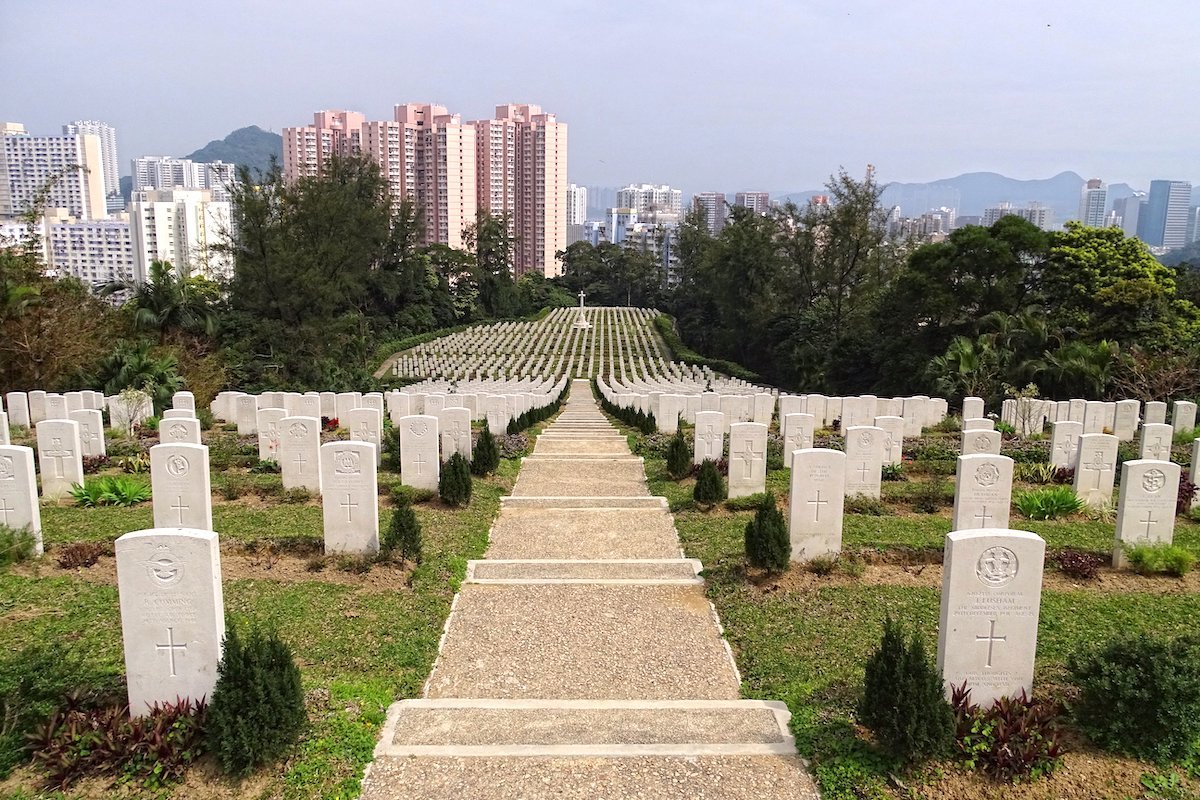 Over 1,500 soldiers who died during the Battle of Hong Kong were laid to rest at the Sai Wan War Cemetery, including Brigadier John K. Lawson—the most senior soldier to die during the war. The Memorial Shelter stands at the entrance of the cemetery, bearing the names of an additional 2,000 soldiers who have no grave. Next, you will see the Stone of Remembrance, a white monument inscribed with the words, “Their Name Liveth For Evermore.” Rows upon rows of striking, white gravestones fill the hillside, with a walkway running through the centre, leading to the Cross of Sacrifice. Set against the brilliant green of the hills and the downtown mass of skyscrapers, the Sai Wan War Cemetery is a truly humbling sight.

St Stephen’s College, south of Stanley on the Tai Tam Peninsula, was subjected to a horrifying attack on the morning of 25 December, just hours before Hong Kong surrendered. The invading Japanese forces stormed the makeshift hospital, torturing, raping, and killing injured soldiers, doctors, and nurses, in the bloodiest massacre of the battle. A communal grave of the victims can be found on-site, which states the names of five people known to have been killed, and pays honour to the ‘many unknown Chinese, Indian, Canadian, and British ranks of various units’ who also lost their lives. 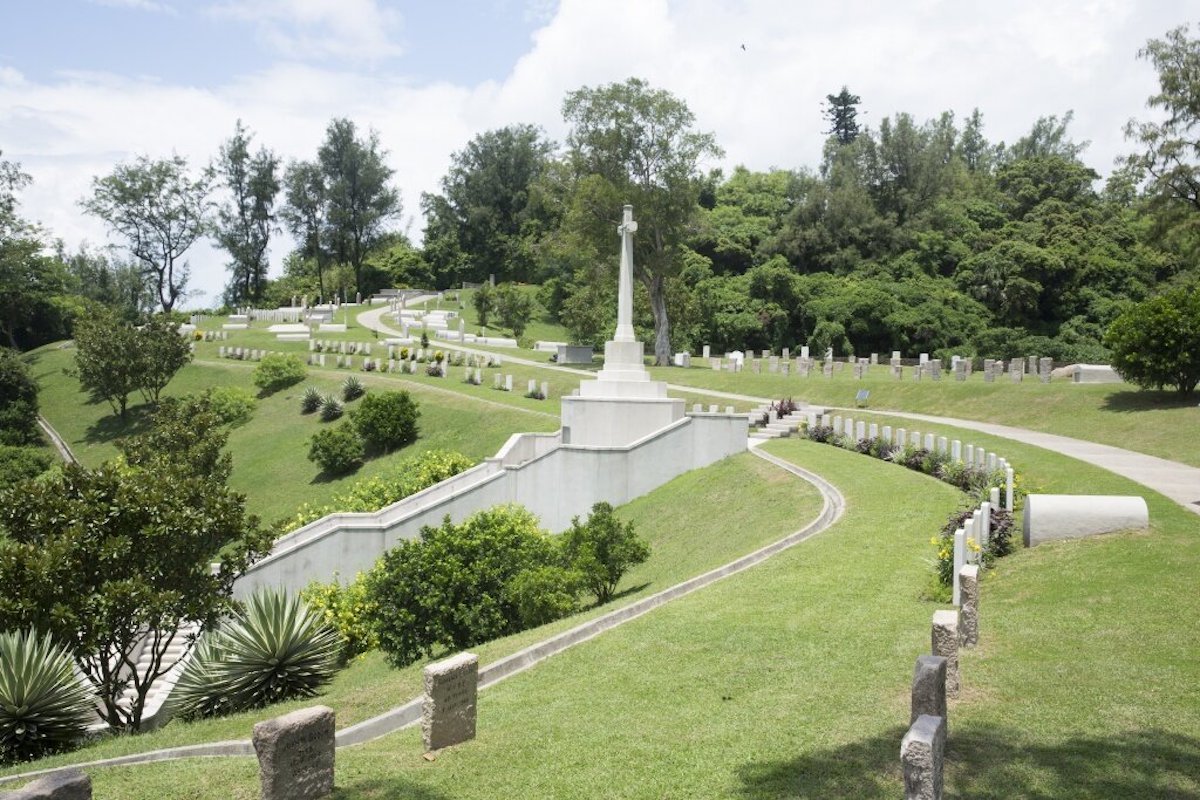 Next to the college, you’ll find Stanley Military Cemetery—the resting place of nearly all the fatalities of the local Hong Kong and British forces. During the almost four-month-long Japanese occupation, this cemetery was used as a prisoner-of-war and civilian internment camp. You’ll be able to spot some of the headstones which were created by these prisoners, using granite which they found on site, and inscribing the messages by hand. 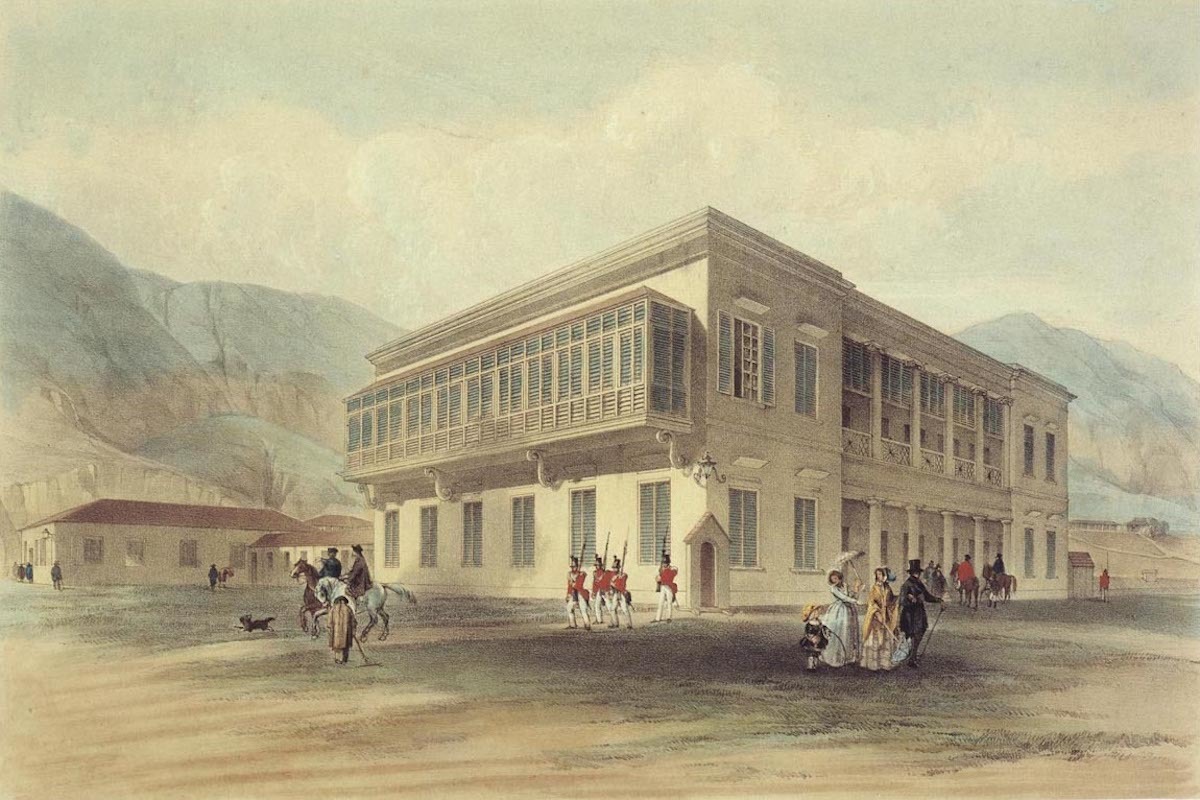 The white colonial-style building in Hong Kong Park, Flagstaff House, was occupied by four Japanese admirals in the years after the Battle of Hong Kong when Japan controlled the city. Nowadays, this is the site of the Museum of Tea Ware. Just before you reach Flagstaff House, you will see the figure of a soldier holding a rifle. This commemorative statue is in honour John Robert Osborn, who was awarded the prestigious Victoria Cross for his role in the Battle of Hong Kong. The plaque goes on to honour “all those men and women, service and civilian, of every race and creed who performed acts of gallantry and sacrifice in the defence of Hong Kong in December 1941.”

Osborn was not the only military figure to be awarded a prestigious medal after the Battle of Hong Kong. Sergeant Gander the dog was post-humously awarded the prestigious Dickens Award—the animal equivalent of the Victoria Cross—for removing Japanese grenades and saving the lives of several Canadian soldiers in the process. Unfortunately, one of the grenades blew up when Gander was removing it in Hong Kong, killing him in the process.

Your Neighbourhood Guide to Tai Hang

Quiz: Can you guess which Guinness World Records were made in Hong Kon...