Lost in Time: The tale of the historic Hong Kong photographs that almost got away

Lugging with him a huge wooden camera, a mobile darkroom, dozens of glass negatives, and bottles of potentially explosive chemicals, pioneering Scottish photographer John Thomson had his work cut out on his unprecedented expeditions documenting life in nineteenth-century Hong Kong and China.

But what is perhaps even more remarkable than this feat of pure perseverance, endurance, and vision is the story of how his fascinating photographs were saved from oblivion and curated into a permanent exhibition by Hong Kong-born Betty Yao. 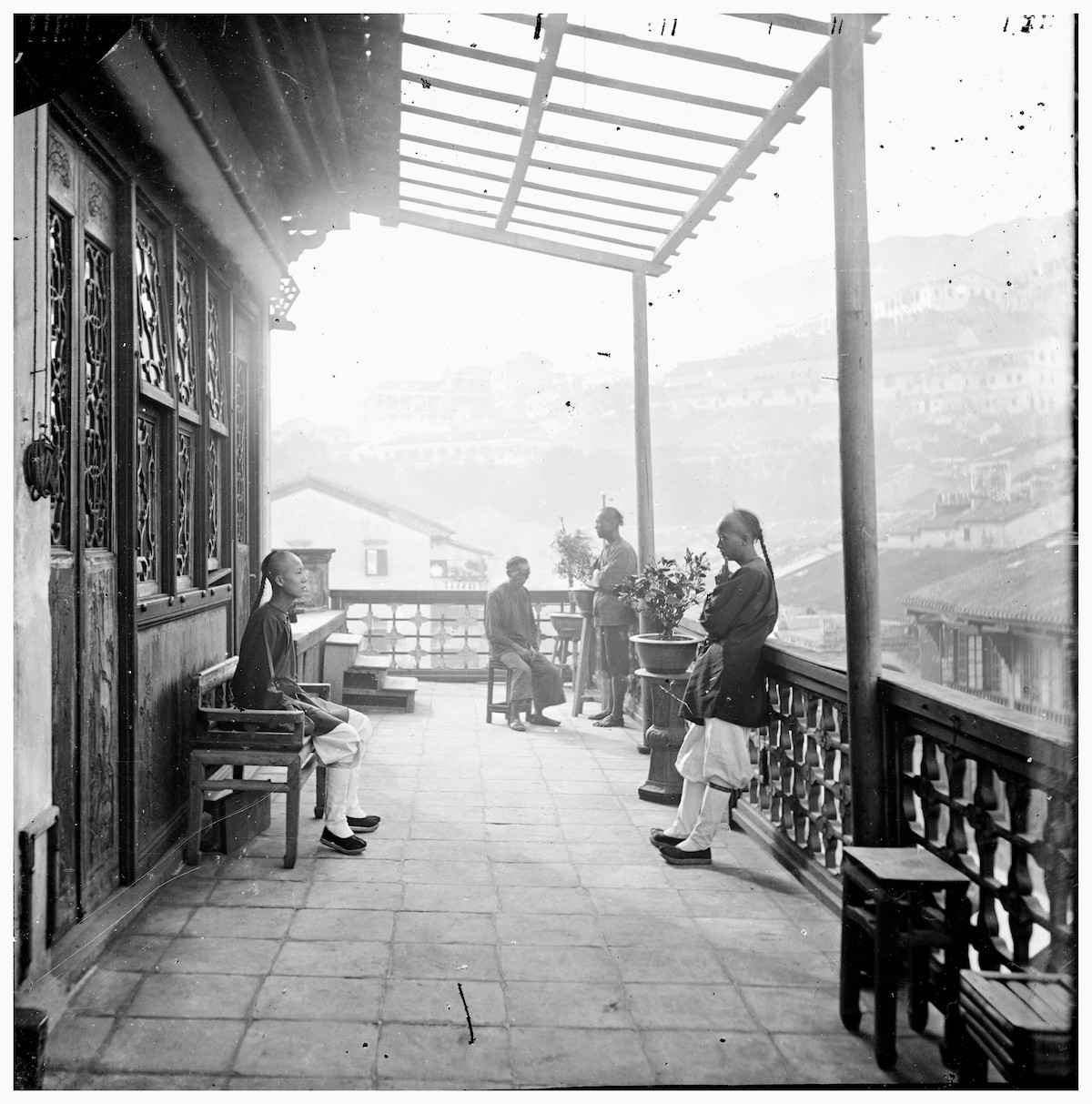 When Betty Yao was first shown the dusty glass plates languishing in a back room at London’s Wellcome Library, she knew she had stumbled across something special. The fragile slices of history were not on display, but had been stashed away discreetly by the museum’s curator, who thankfully had the foresight to resist an order to throw them out when he started his job 35 years earlier. As Betty was born in Hong Kong, the curator rightly assumed she would share his fondness for these otherwise forgotten photographs. 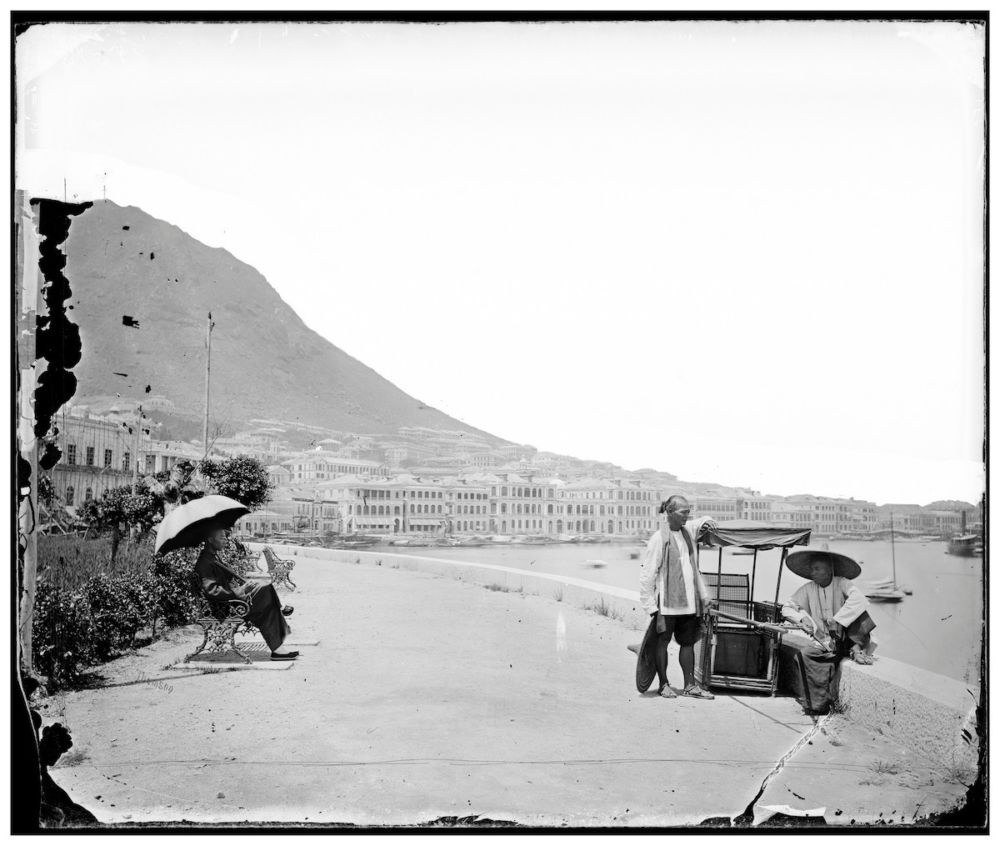 Hong Kong: a sedan chair at the foot of the Peak. Photograph by John Thomson, 1868/1871. Photo credit: Wellcome Collection 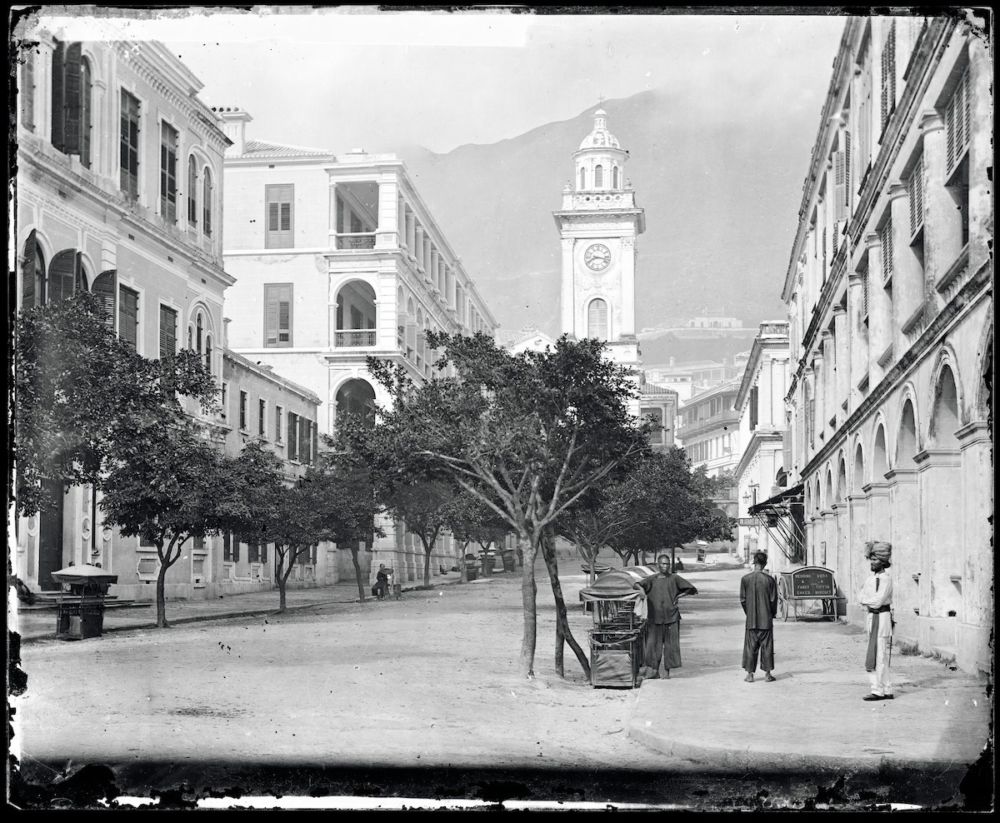 The 600 or so slides depicting life in the Far East in the mid-nineteenth century were only in the Wellcome Library in the first place due to another stroke of luck. In 1921 (a year after Thomson’s death), the photographer’s children chanced upon a letter in which their father had unsuccessfully tried to sell his pictures to the collection’s founder Sir Henry Wellcome. They took up the challenge to fulfil their father’s final wish—and were successful.

If it had not been for the unlikely outcome of all these events combined, the historic images that make up the Through the Lens of John Thomson exhibition—which was displayed at the Hong Kong Maritime Museum back in December 2013—may never have come to light. 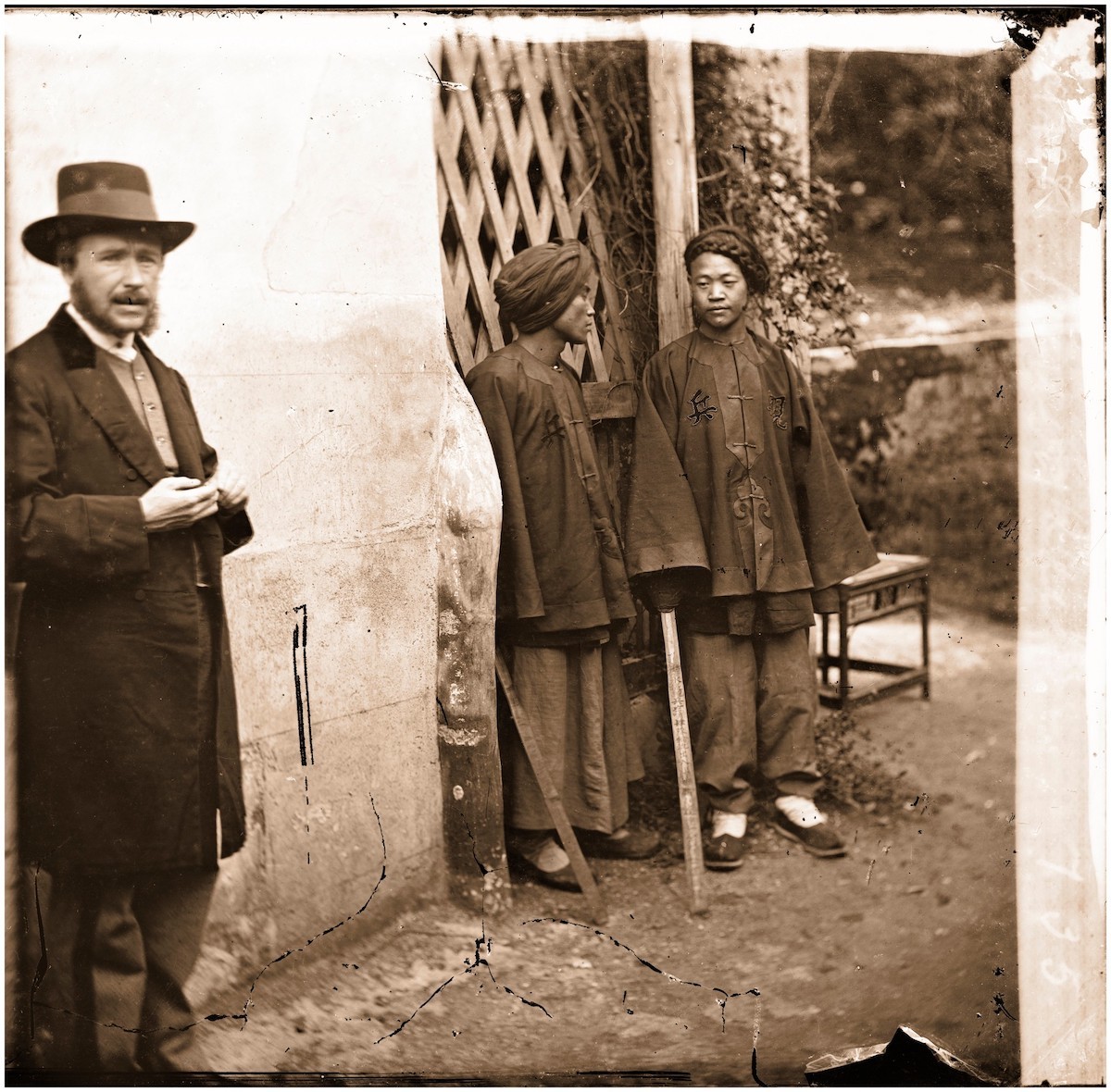 “The whole Thomson journey and the story of this exhibition is in three cycles; Thomson bringing them back [from Asia], the second journey of how they avoided being destroyed over the years, and thirdly the accident by how I came across them,” Yao said as she admired the pictures in Hong Kong, the thirteenth location on a worldwide tour. 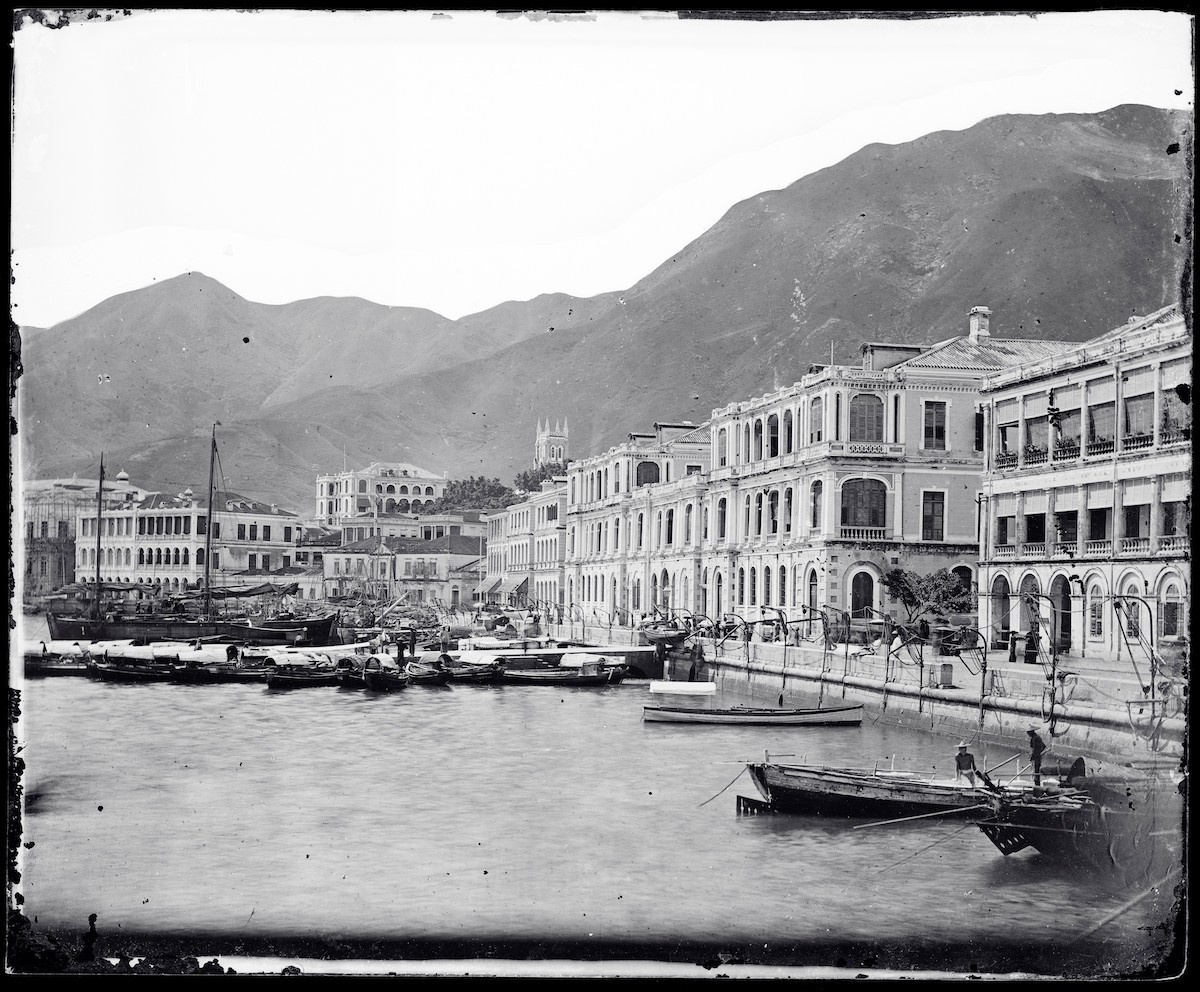 When asked why, three years after first seeing the negatives, she felt compelled to take what she thought would be a “short break” from work to showcase the photographs in China, Yao said she was struck by what she saw as Thomson’s connection with his subjects.

“I was no photography expert, but all the other Victorian pictures I had seen tended to treat the Chinese as specimens and show them in weird shots. It was a huge revelation for me to see such beautiful images of Chinese people in their day-to-day lives.” 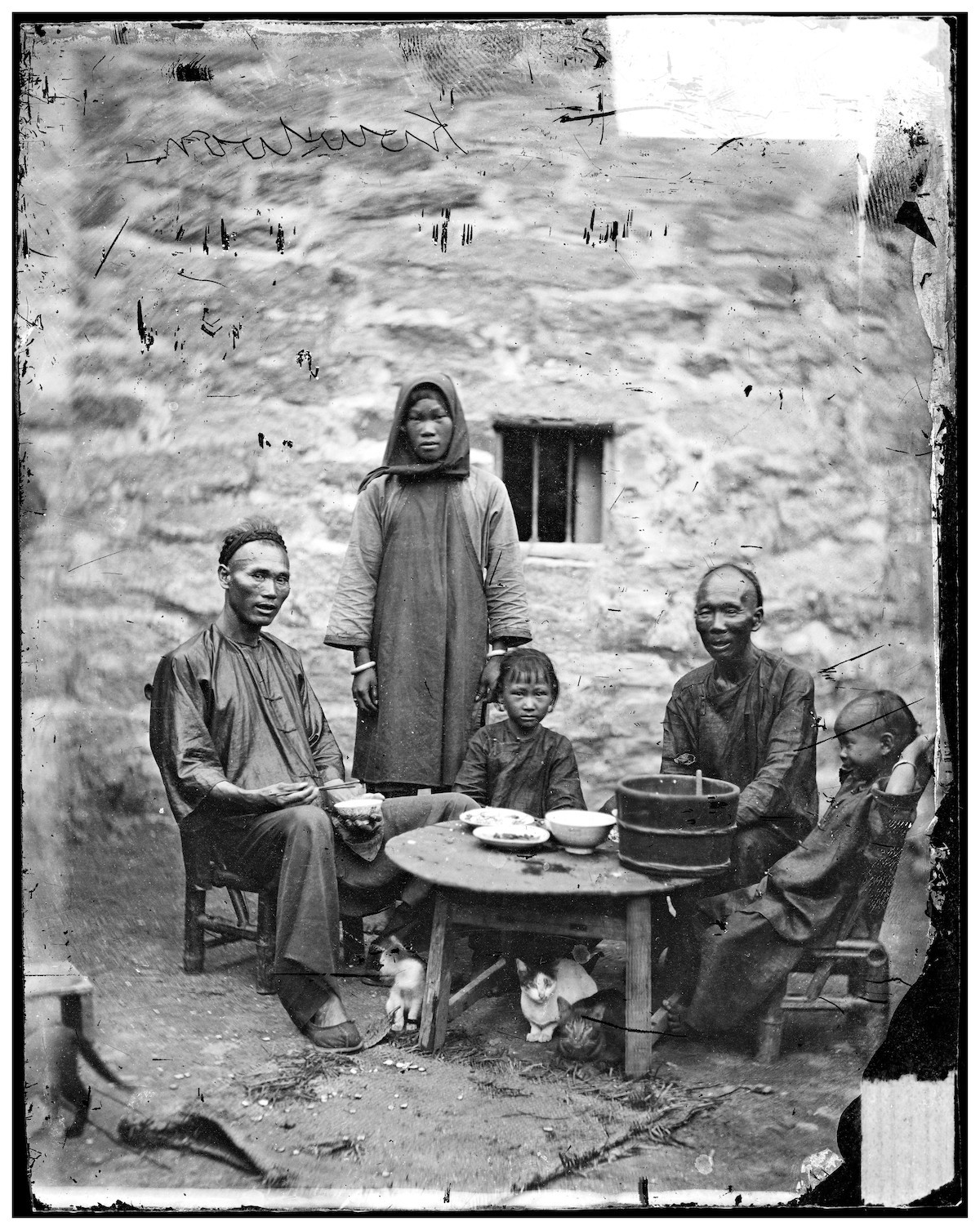 Thomson’s love affair with Asia began in 1862 when he followed his watchmaker brother out to Singapore. This initial journey sparked several more trips around the region, many of which were launched from Hong Kong’s Queen’s Road East, where Thomson ran a studio for four years from 1868. During this time, Thomson photographed people from all walks of life, from humble beggars to the King of Siam, the same monarch immortalised in 1950s musical, The King and I.

“He photographed the good and the great to make money, but really cared about the poor people,” explained Yao. “His main impulse was to photograph the street scenes, just to show people what the world was like. He wanted to tell the Victorian public more about China.” 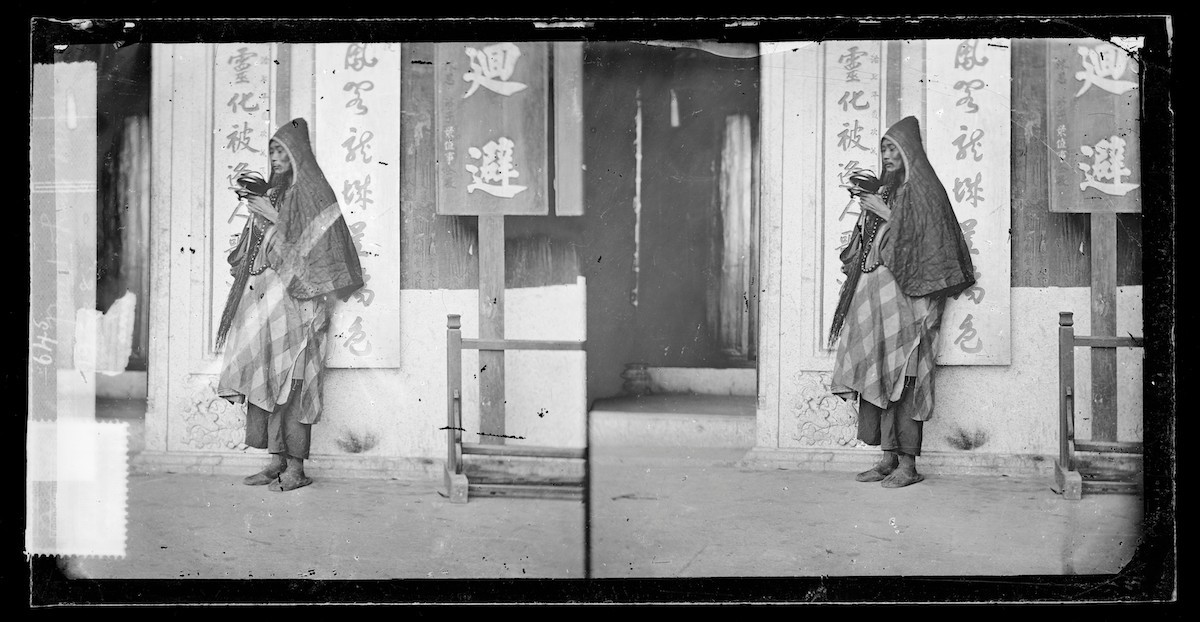 The photographs that make up the exhibition of Hong Kong and Coastal China between 1868 and 1872 are typically eclectic, as Thomson used his charm and immense networking skills to reach remote places and photograph subjects that had likely never seen a Westerner or a camera before. Alongside landscapes, street scenes, and buildings, Thomson also showed a keen professional interest in women, (unusual for the time) their costumes, hairstyles, and even their feet. 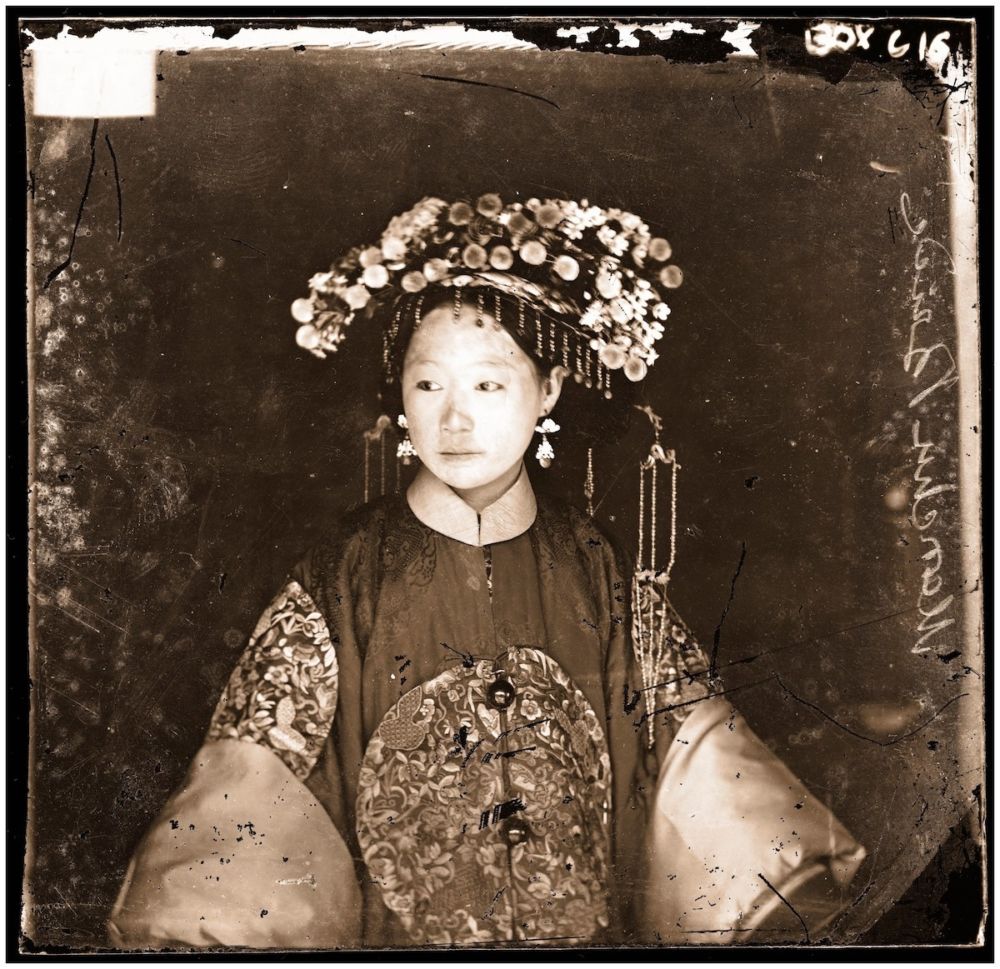 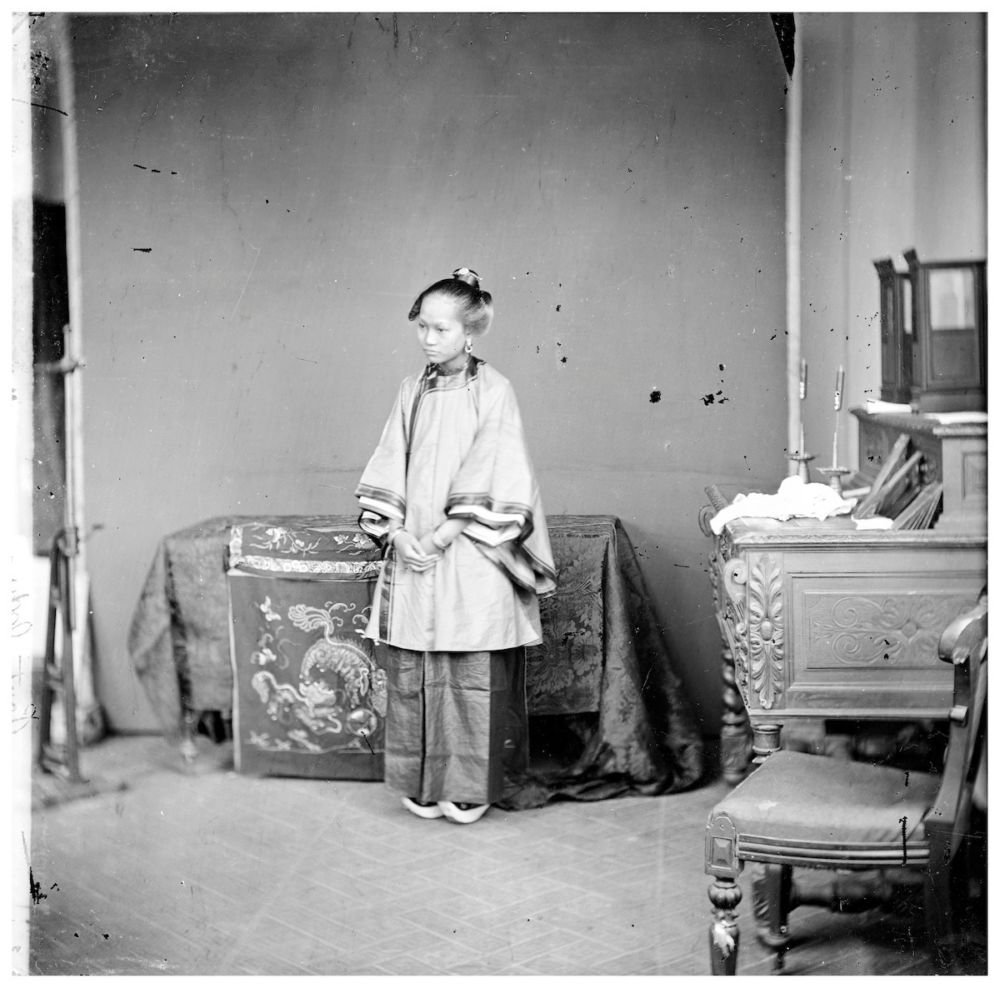 But this was not the point-and-click camerawork we’re all such experts at today, as just 20 years after the birth of photography, Thomson’s passion was one that required a huge amount of heavy equipment, time, and precision. “Because it's so easy now to take photos, it's almost that preciousness of Thomson's time that makes these pictures so special,” said Yao. “He could wander around for a week and get just one perfect picture.” 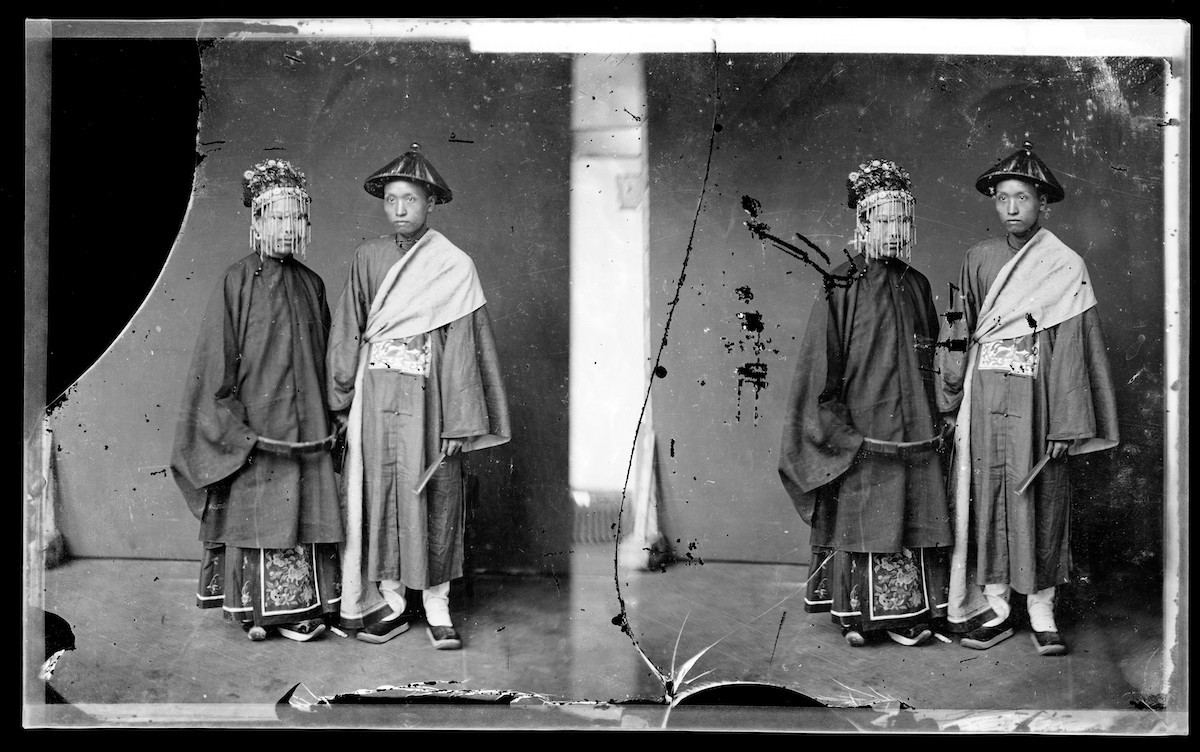 When Thomson returned to London in 1872 with his negatives packed into three huge trunks—each of which required four men to carry—he continued to share his love for the world’s unfortunates in-between working as the official photographer for the British Royal Family. He published a book called Street Life in London, exposing the scandal of London’s homeless people, and gave lectures about China and its people. 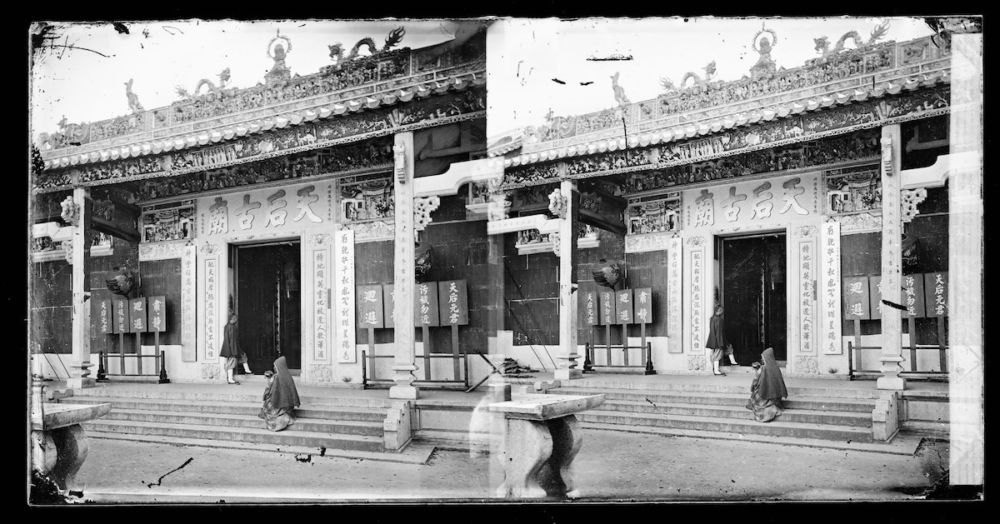 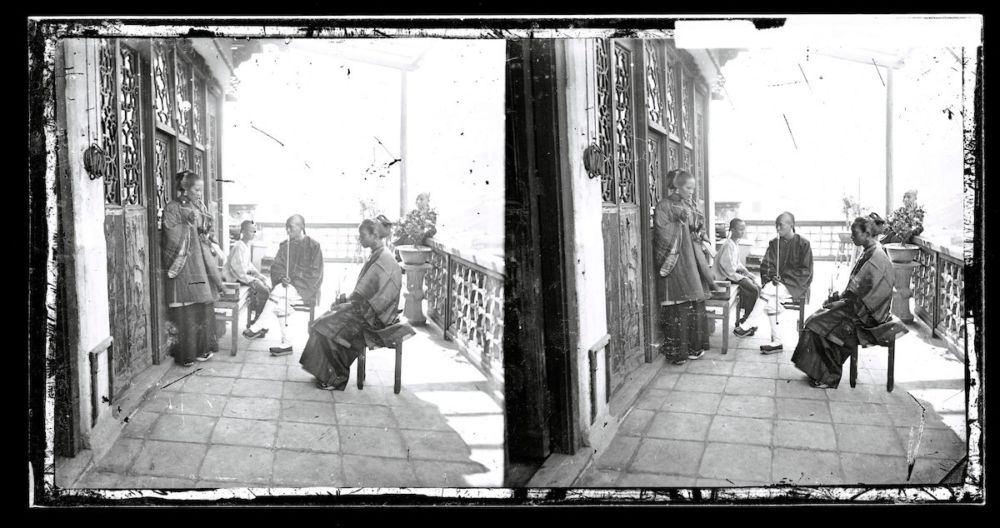 Thanks to Thomson, his children, the Wellcome Library, and Yao, more than 400,000 people across the world have now seen these rediscovered photos. “I hope these images will encourage Hong Kongers to preserve their heritage. We don't want all that beauty to disappear in the mad dash to tear things down and build things up,” said Yao. 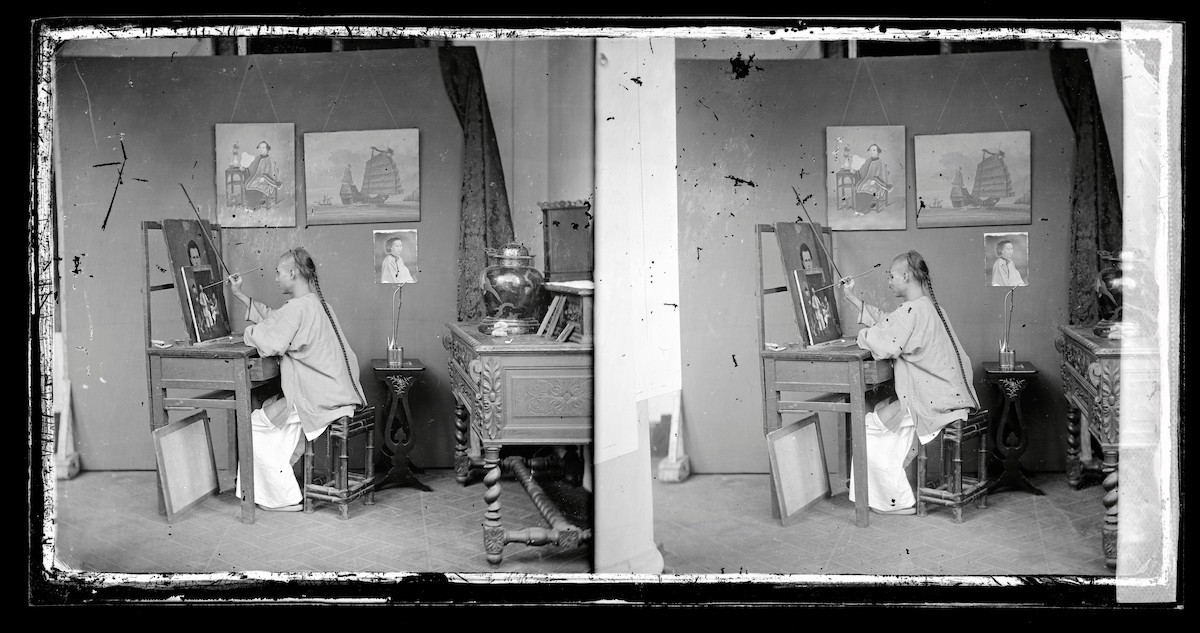 Through the Lens of John Thomson has toured 19 museums around the world including the Beijing World Art Museum, China National Silk Museum in Hangzhou, the Liverpool Maritime Museum, the Burrell Collection in Glasgow, the Museum of East Asian Antiquities in Stockholm, the Chester Beatty Collection in Dublin, and the Textile Museum in Washington DC. To date, this exhibition has been seen by over 900,000 visitors.