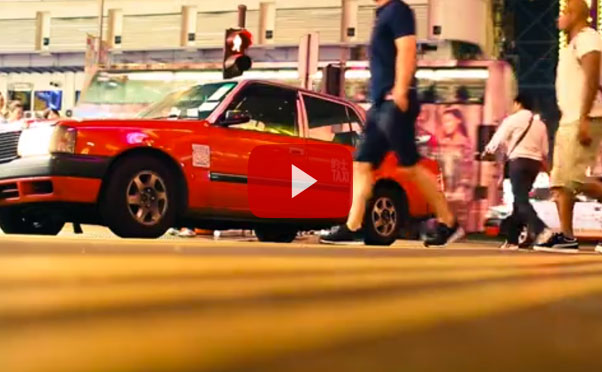 When a layover turned into a three-day mini-vacation for part-time photographer Hugo Macedo last October, he grabbed his camera and captured the experience of getting to know one of Asia's most bustling cities. Macedo created ‘Lost in Translation,’ a beautiful video that shows just how open our city can be to a foreign visitor. We spoke with Macedo about his brief time here and if he ever did make it to his destination. https://vimeo.com/110729611   Lost In Translation - Hong Kong from Hugo Macedo on Vimeo. An average day for Macedo, a 35-year-old Portuguese human resources manager, can be stuffy, hour after hour spent inside an office without windows with release coming when he assumes his role as a part-time job photographer, traveling and exploring Portugal or further locales including Tanzania or Malaysia. A few months back he was headed from Lisbon to the Philippines for a two-week trip, focused on photography and relaxation. However, once in Hong Kong he was unable to get a flight to Manila. He attempted to catch another flight without any luck and eventually his trip to the Philippines was scrapped. Macedo, upset that his trip deteriorated, decided to explore Hong Kong for a few days and capture his experience digitally. “It’s like a movie about my mixed feelings about my time in Hong Kong,” Macedo told Localiiz. Macedo was quickly enamored by our city's duality. “I was inspired by the city life. Hong Kong is a huge and modern city, but I found so many old habits and traditions. I liked that contrast,” Macedo explained. “I'm a photographer, not a filmmaker, but the lights, the movements of Hong Kong gave me a call to start filming. It gave me a way to describe the contrast between ancient and modern.” It only took him two days to edit together his beautiful shots, pairing it with a lovely Polish song called '2 'Upojenie' Songs' by Pat Metheny and Anna Mariа Jopek, featuring a guitar sound he described as "Asian" perhaps unintentionally capturing Hong Kong's fusion of east and west cultures. Macedo also captured many local aspects of the city that one might not expect a foreigner to pick up on, far from the Peak Tram and Ocean Park. “First rule when I travel - don't see what is made for tourists. See what the country is made of. I'm not the kind of guy that enjoys city tourism,” Macedo said. Despite the circumstances of his visit, Macedo enjoyed his trip thoroughly, and only left with positive thoughts about Hong Kong. “I can see myself living there and, for me, that tells a lot about a place.” Check out the Macedo’s photography work on his website.