Comedy without Borders: Localiiz chats to Comedian Gina Yashere about her Infectious form of Humour

By Localiiz 10 January 2014
share:
January 10th 2014 Long-standing British standup Gina Yashere describes herself as the “archetypal class clown”. She’s been making people laugh since she was a kid, but only realised she could turn comedy into a career after bursting onto the UK scene at the Edinburgh Festival in 1997. Since then, nothing - including the potentially fatal autoimmune disease lupus - has been able to slow her down. As she prepares for three gigs with Hong Kong’s Punchline Comedy Club next week, Crystal Wilde caught a quick word with one of Britain’s hottest exports. 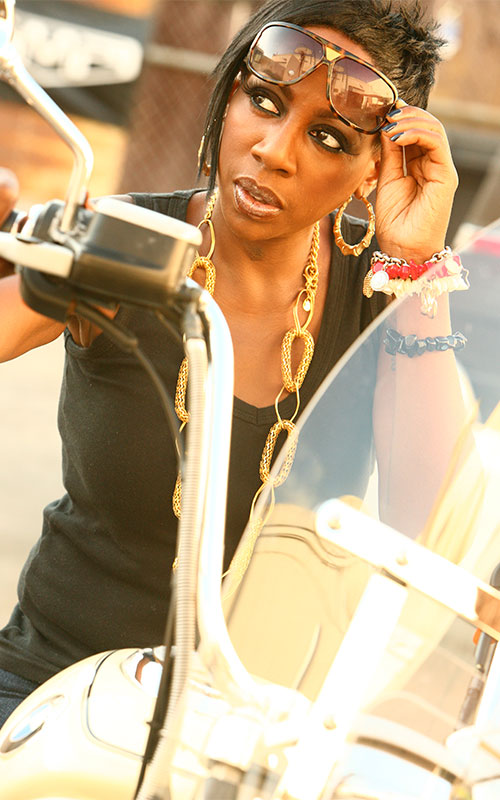 Gina Yashere has long been a household name on the UK comedy scene, touring the country with her sellout standup shows and regularly guesting on the nation’s favourite TV programs, such as Live at the Apollo and Mock the Week. But the cheekily endearing life observations of this ballsy black bombshell cannot be bound by borders, and since moving to the US six years ago, her no-holds-barred alter ego Madame Yashere the Surly Psychic has become a regular feature on The Tonight Show with Jay Leno. That unparalleled exposure, along with numerous other TV appearances, quickly won Gina a place in the hearts and minds of everyday Americans and propelled her to worldwide fame. As she prepares for a shotgun January tour of Hong Kong and Beijing, Gina found the time for a quick chat with Localiiz from a rather exotic location. You’ve been travelling all over the world recently, where are you now?

In Thailand, sunbathing. I’ve just spent a week in Chiang Mai and Mai Rim, and I’m now chilling on a beach in Koh Phangan. I come here every year and do a seven-day fast. It resets me for the New Year, and when I eat healthily I don't have to take medication.

That’s medication for lupus right? Is it not difficult eating healthily now you’re living in the US?

Well America’s got to be the fattest country in the world. I've never seen such huge people! I’m living in Hollywood though and everyone is crazy about looking good, so there's plenty of restaurants that cater for all eating styles. When I travel for work that's when I have problems, but I'll survive.

Why did you decide to move from the UK to the US in the first place?

I think there's less opportunities for black performers in the UK at the moment. The comedy scene there is currently all about young skinny white boys and their big hair. That's why I wanted to go somewhere with a wider market and broaden my horizons. I also wanted to do comedy in the sun! It’s really opened up my earning potential, as not only do I work in Britain, American and Australia, I now do gigs all over the world.

Do you think part of your appeal in the US is that you’re so different?

Being black, female and British, I definitely stand out from the rest of the comedians in America. Also there's a lot of identikit comedy in America; the comics look at what's popular and they all mold their comedy to fit that. I just do what I do, so that makes me different.

Americans are notorious for not getting British humour. Have you struggled with that at all?

I've not had any problems with them not getting my stuff. I do have to enunciate more and speak more slowly so they can understand my accent, and whatever stuff I think they might not get I explain to them - even the punch line sometimes!

So you’ve now been in the US for around six years. Is there anything at all you miss about the UK?

No, I don't miss England at all! All my family are still there so I go back at least twice a year. I don't think I've been away long enough to appreciate it. Every time I go back it still just seems grey and miserable to me.

When you do go back and gig in the UK, do you find yourself stuck for material now you’re living out of the country?

Not at all. I never run out of material for British audiences because I don't read American newspapers as I find them so insular. I get all the British newspapers delivered every day so I'm always clued up on what’s going on.

So if you don’t read American newspapers, how do you find material for your American audiences?

It’s all pretty much about being an outsider in their country, which obviously they get. I come up with new stuff by going to new places and new having experiences. It is harder as the years go on because I've used material from every part of my life, but I'm always looking for new angles on old experiences.

Is that ‘fish-out-of-water’ stuff the kind of material we can expect in Hong Kong then?

I have no idea. I never know what material I'm going to be doing. I like to keep it fresh and it depends how I feel at the time. I have a lot of jokes that I dip into, but a lot of it will be improv. I'd get bored if I always did the same stuff, and if I get bored the audience would get bored too.

When you travel to Asia for gigs, what kind of audiences do you usually attract?

It totally depends on the country. In Hong Kong it’s mainly expats, but in Malaysia and Singapore it tends to be a mixture of expats and locals. A couple of shows I’ve done in Malaysia were only locals, so I had a bit of fun with their swear words. I feel my stuff is never bound by borders.

Can we expect any audience participation in your Hong Kong shows?

It depends on the audience, but usually I like to banter a bit with the front row. I don’t pick on people and I don’t want to intimidate them. It’s about having fun together - unless of course they’re heckling, in which case I will destroy them!

You have been warned Hong Kong!