By Localiiz 11 June 2014
share:
June 11th 2014 In light of UK Consulate barring the Hong Kong missions from allowing same-sex marriages this week, we bring you a positive (and funny) take on being gay that highlights the silliness of taking issue with sexuality. 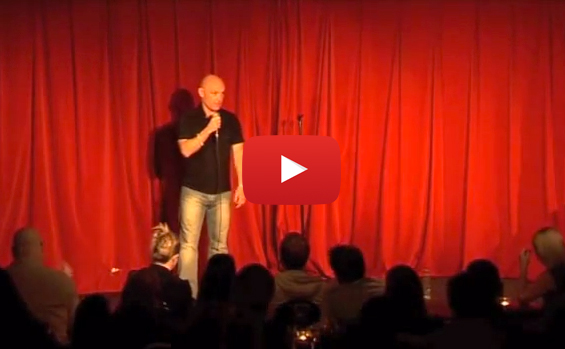 British comedian Eddy Brimson - who is coming to Hong Kong next week with the Punchline Comedy Club - served up this slice of stand-up magic at the Comedy Store in Sydney, explaining why he envies gay men and questioning homophobic attitudes. “How can anyone be offended by someone’s sexuality in this day and age? It’s f**cking ridiculous,” raves Brimson. Perhaps Cecil Chao could take a few pointers on how to react to daughter Gigi’s sexuality from the video? Catch funny man Eddy Brimson, along with wingmen Stefano Paolini and Jeremy O'Donnell, at this month’s Punchline Comedy shows on June 19th and 20th at the Tamarind, and June 21st at Grappa’s Cellar. Get tickets here!

Tags:
Videos Family Playgroups & After School Activities
share:
chevron_left
Videos Anything to Keep Cool: The Most Mental Air Con Tinkering You’ll Ever See
Videos One Man and His Bird: Video of the Best Wingman in Hong Kong's Nest
chevron_right