Codron on The Killers

By Localiiz 27 September 2013
share:
September 27th 2013 A little-known Localiiz fact is that our founder and director Richard Codron is a retired rock god. Although you might not have heard of his band ‘Friends of Gavin’, in the 1980s these likely London lads played on the same bill as some of the world’s greats, and even supported REM in their first UK tour (until they got kicked off for being too rock ‘n’ roll). As the most musically-minded among us, it was only right we sent Richard to review The Killers’ Hong Kong debut show. Here’s what he thought. 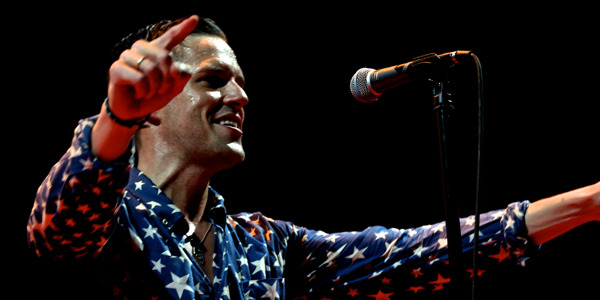 I decided to drive to the AWA this time, and having been pleased with my prime parking spot for a quick getaway, found myself walking through the deserted walkways of this lacklustre and spiritless building. Arriving outside the main hall however, things were hotting up, with the proverbial batch of Caucasians, some of who I have never laid eyes on in all my 20 years here in HK, partaking in their usual get-your-drinks-in-now routine. On the flip side were the pseudo-local Chinese, always edgily dressed and looking the part. It's the fashion glasses that I love - don't you? The Killers nonchalantly strolled on stage, but launched straight into a rip roaring rock song.To me, they looked a little odd with the long-haired band all dressed up in rock gear while the lead singer Brandon Flowers sported more of a clean cut look and a new wave, modern outfit. It was only when I received the press photos the following morning that I realised he was wearing a USA-style blue shirt with white stars rather than what looked like some polkadot affair from afar. Appearances can be deceptive! 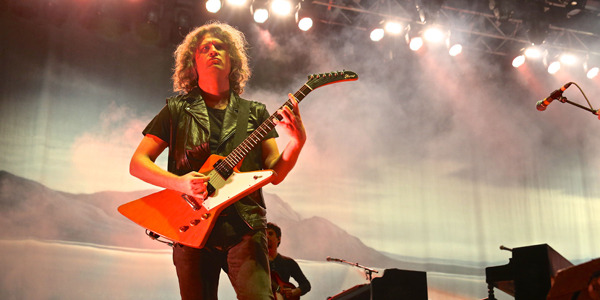 Outfits aside, it was obvious the band were real musos playing real songs - something that they clearly pride themselves on. The entire show was thoroughly professional and delivered with fantastic tightness, the lighting was superb, and Flowers never missed an opportunity to interact with his adoring fans. Although after a while I found the songs a little samie - probably no thanks to Mark Stormie (bass) playing pretty much every song with his trademark driving rythym - Flowers and Ronnie Vannucci (drums) showed their characters and really pumped up the crowd. Why there was a gangway splitting the left and right-hand sides of the auditorium was a complete mystery. All I could see was the Security 8 bouncers prancing up and down the aisle, shoving their flashlights into the faces of every wannabe rocker and telling them to “get down” as they tried to shake their stuff on their mates' shoulders. Why do they do this in HK? Are we not allowed to let our hair down? Unruly behaviour I didn’t condone however was the odd plastic bear glass being thrown, sometimes full, around the crowd. Come on guys, this isn’t the South Stand. Some people go to great lengths to look the part! 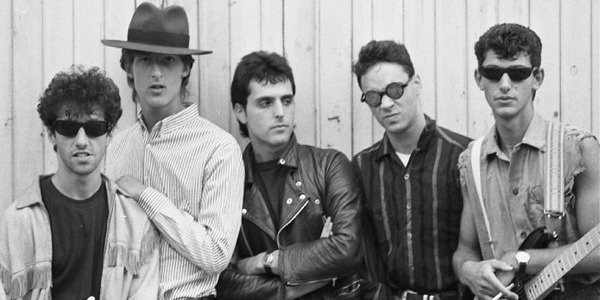 Richard Codron (second from the left) and Friends of Gavin
I only knew a couple of songs previously, so most of the set was new to me. And although I sometimes wished the hard rock feel that introduced some of the songs would continue throughout, it was an all-around classic band performance. I guess being an old rock n' roller myself, I sometimes find it difficult to appreciate different variations of music. The Killers however clearly have their own style, a strange merging of the 80s pop tunes they grew up with and the indie vibes of the early noughties when they launched their first album. Bands do evolve as they mature, sometimes losing their initial edginess, but not so the Killers. The Nevada troop did not disappoint, and it’s easy to see why they’ve sold more than 15 million copies of their albums.

Thanks to Live Nation for bringing them over and thanks to the Killers for a great night’s entertainment. We could certainly do with more acts like this in Hong Kong.