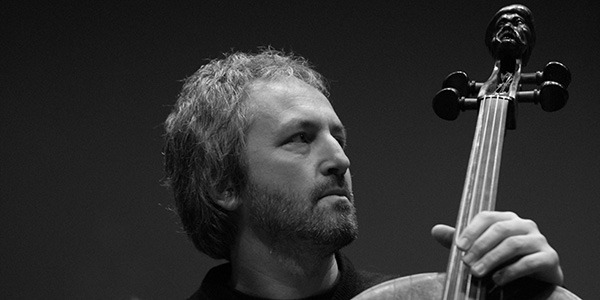 Get some Italian strings in your life as internationally acclaimed cellist Mario Brunello comes to Hong Kong for a one-off concert and masterclass with the City Chamber Orchestra. Brunello, who found fame after winning the International Tchaikovsky Competition in 1986, will conclude CCOHK’s 2013/2013 season with a night of beautiful music at the Hong Kong City Hall Concert Hall on June 10th. Brunello, who plays on a precious Maggini cello from the 1600s, will hold a cello master class on the day before the concert (June 9th), open to budding musicians and the general public. On Monday he will perform Russian and Italian classics such as Tchaikovsky’s Variations on a Rococo Theme and the lesser-heard Adagio con Variazioni for Cello & Orchestra by Respighi. The programme, led by chief conductor Jean Thorel, also includes Stravinsky’s Pulcinella and Czyż’s Canzona di Barocco. Thorel will give a short talk to introduce the programme at 7.15pm. The first Italian ever to win the Tchaikovsky International Competition in Moscow, Mario Brunello plays with some of the most prestigious orchestras from around the world, including the London Philharmonic Orchestra, Munich Philharmonic Orchestra, Mahler Chamber Orchestra, NHK Symphony Orchestra Tokyo and Accademia di Santa Cecilia. In chamber music he collaborates with artists such as Gidon Kremer, Yuri Bashmet, Martha Argerich and the Borodin and Alban Berg Quartets. He often takes on the dual role of conductor and soloist, and in 1994 founded the Orchestra d'Archi Italiana. His recordings include Beethoven’s Triple Concerto, conducted by Claudio Abbado on Deutsche Grammophon, and a five-CD Brunello Series on Egea Records. Highlights of his 2012/2013 season include a performance of the Shostakovich Cello Concerto No.2 with Valery Gergiev in Paris and a CD release of the Dvořák Cello Concerto with the Accademia di Santa Cecilia, conducted by Antonio Pappano on the EMI classics label. Tickets are priced at $300, $200 and $150, with half-price concessions now available from all URBTIX outlets for full-time students, senior citizens, people with disabilities, and Comprehensive Social Security Assistance recipients. For ticketing enquiries, call 2734 9009; for credit card telephone booking, call 2111 5999; for internet booking, visit www.urbtix.hk; for programme or other enquiries, call 2864 2156 or email via the City Chamber Orchestra Localiiz profile page.

To register as a participant or purchase tickets to observe Brunello’s Cello Masterclass, call on 2864 2156 or visit the website.