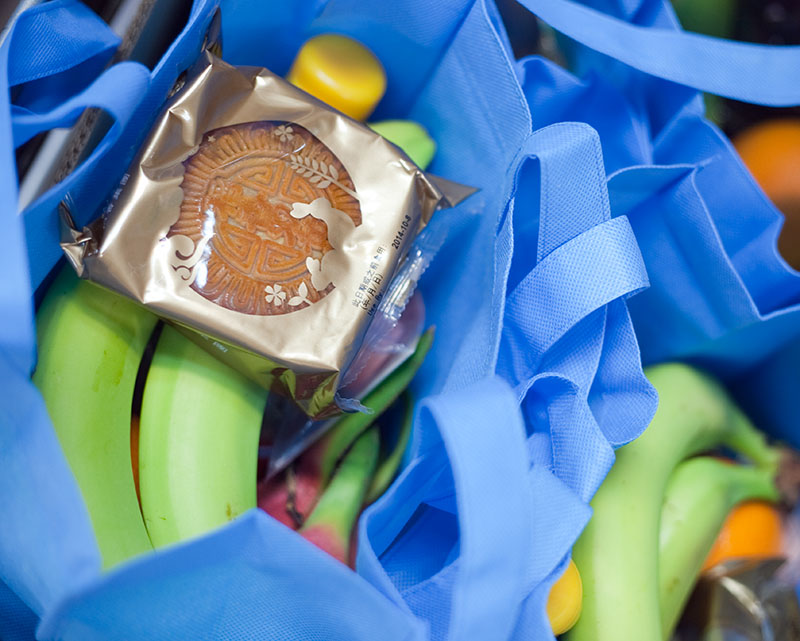 A mooncake joins other donated foods for people in need. Photo courtesy of A Drop of Life.

The mooncake tradition can feel like a chore. We make lists of who should get them, order them early to avoid the inevitable sell outs, and hand them to our friends, family members, and colleagues, only to see them passed along, down a long line of recipients before they either end up in someone’s belly or a trash can (Hong Kongers discarded nearly 1.8 million in 2013). However, for some, the mooncake is more than a foodstuff wrapped in a burden. For Hong Kong’s struggling families, elderly, and huddled homeless it is a warm reminder from the community, that they are not forgotten. “Moon cakes can bring the beneficiaries a sense of family unity,” says Sue Kwok of The Salvation Army, Hong Kong and Macau Command. “A homeless person told us that he would share the moon cake with his mother who stays in an elderly home at the Mid-Autumn Festival.” 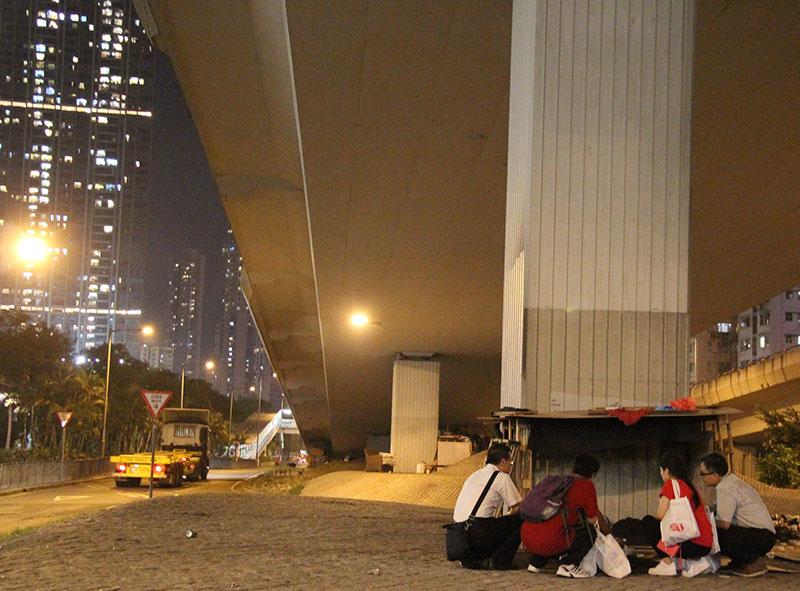 The Salvation Army is one of several nonprofits that collect unwanted and donated mooncakes. Starting in August, for more than 20 years, The Salvation Army requests donations, this year collecting nearly 30,000 mooncakes, about 10 percent less than last year, as well as funds to finance festival activities and community care programmes. A Drop of Life, a Hong Kong based nonprofit, collected 5,888 mooncakes and received another 1,500 from Maxim. They were all delivered to the elderly, low-income families, and homeless people in Tuen Mun, Sham Shui Po, Shui Wai, and Sheung Shui among others. 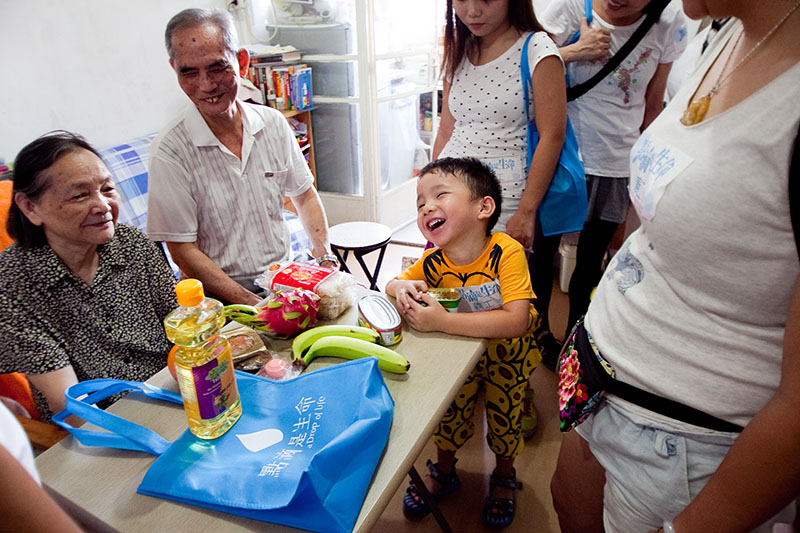 Donations reach the Tai Yuen Estate in Taipo. Photo courtesy of A Drop of Life.

“We involved over 350 volunteers not only to deliver mooncakes, but also to share our love to all people,” says A Drop of Life’s Debbie Lee. Got anything cool you'd like Localiiz to share? Send us your stuff!