By brian_adams 1 October 2014
share:
Plumes of tear gas streaming down on hundreds of demonstrators in Hong Kong’s Admiralty District. Umbrellas shielding marchers from streams of pepper spray. Police and protestors alike, slumped against barricades as night becomes day becomes night along Hong Kong’s main thoroughfares. The images of the Occupy Central movement, more accurately dubbed the “Umbrella Revolution” or “Occupy Hong Kong” due to its breadth of sit-ins, have been populating social media feeds consistently since this past weekend. Demonstrators and those chronicling the events of the past few days quickly adopted the still image to share moments from a larger picture of political unrest and calls for universal suffrage. 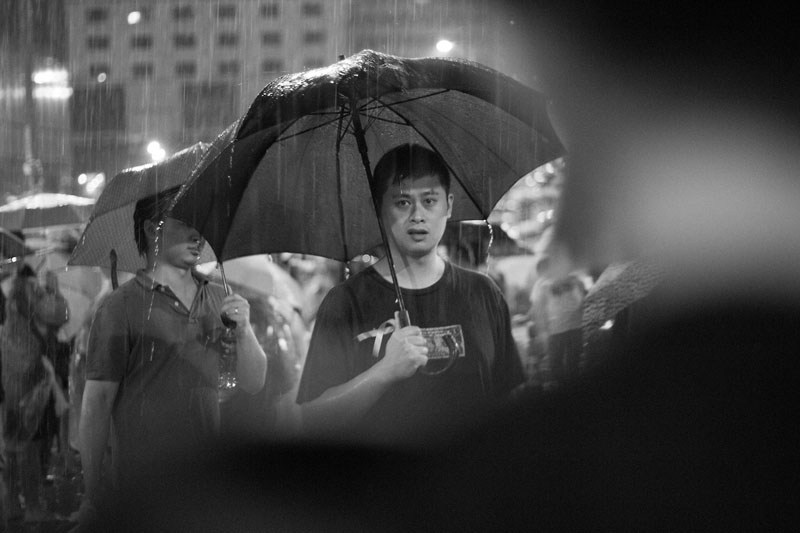 Localiiz spoke with Mihir Suvanam, a local sales representative and photography enthusiast originally from Mumbai, who has been capturing the daily struggle between demonstrators, law enforcement officials, and the harsh elements of the Hong Kong climate. On Tuesday night, hours before the now limited National Day celebrations were scheduled to kick off, Suvanam was mixing amongst Occupy demonstrators. Rain poured down on the streets and thousands of umbrellas, the newly adopted symbol of protest in Hong Kong, as he snapped away, capturing the individual faces of the movement. 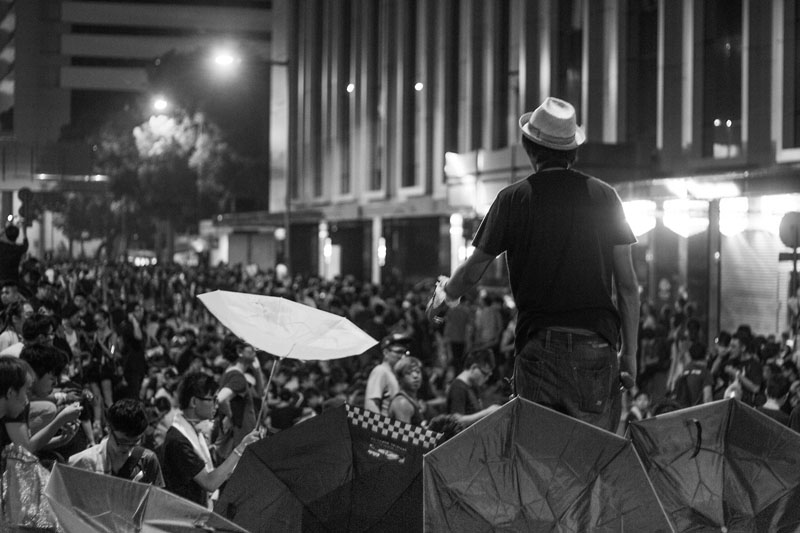 Suvanam engaged his subjects along the way, creating a collective consciousness from each interview that told a more complete story. “They are resilient and seem to know that they are treading a very fine line between being a legitimate pro-democracy movement and rioters. A small spark can convert a high tension situation into an explosive one which is why it is very commendable that in spite of the hard weather conditions these kids are facing they are still extremely calm and taking it in their stride,” Suvanam says. 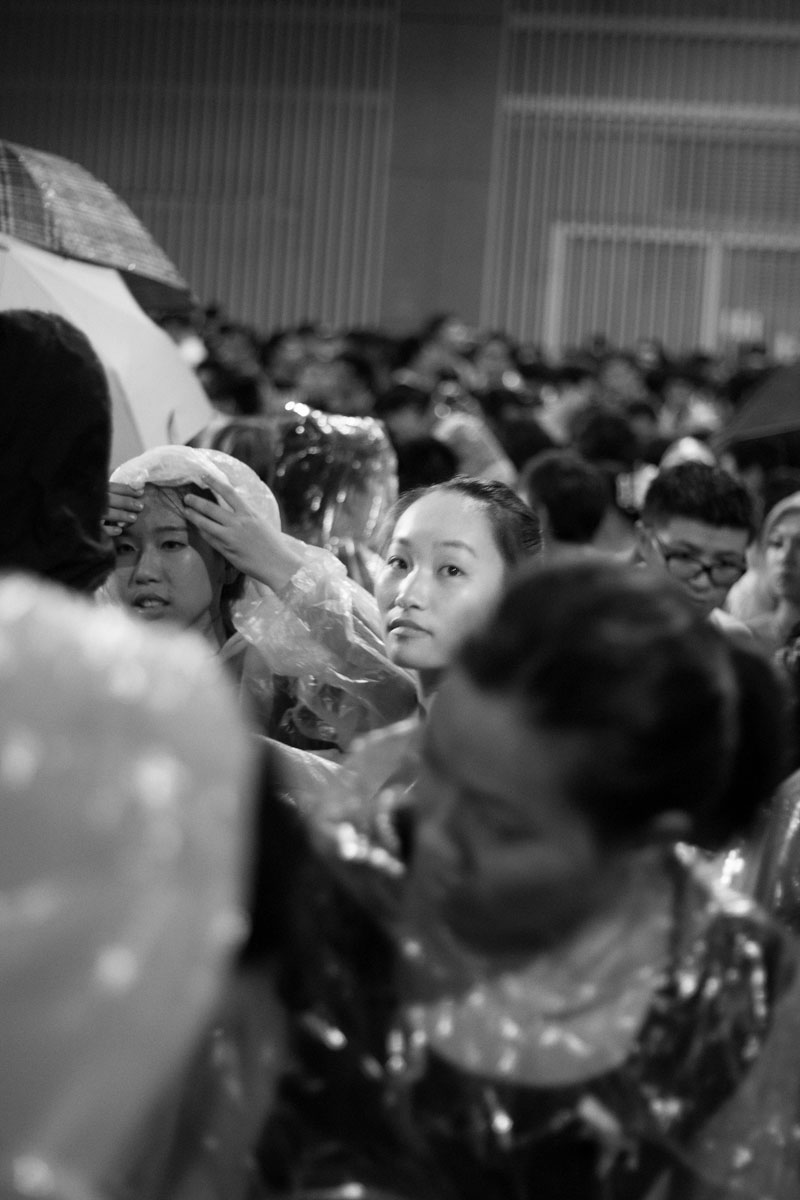 The rain did little to dampen spirits according to his interviews, as hard conditions helped to form stronger bonds among the demonstrators and reinforce their commitment to the cause. Several demonstrators were also willing to forgo their own needs to ensure others were in good spirits. “The people are, at the moment, extremely united and motivated, they are helping each other out with water and food. I was offered food by almost everyone last night in spite of the fact that they themselves might have limited supplies,” he tells Localiiz. 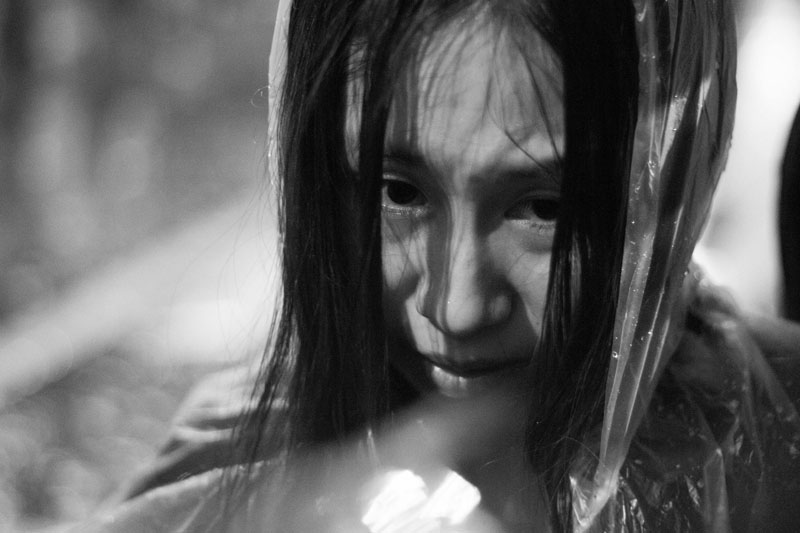 Tales of a conscientious mass are also true Suvanam reports. “There are teams that are picking up trash from the roads, teams that are making way for any vehicles that happen to pass by the protest. Anytime a vehicle manages to break through the mass of humanity everybody applauds in unison.” As demonstrators hold their ground, Suvanam says the toughest days may yet be ahead, past the upcoming holidays. “There are many groups coming up with strategies. But what is necessary is to have a unified direction. Without a unified direction on the next step the numbers might dwindle.” 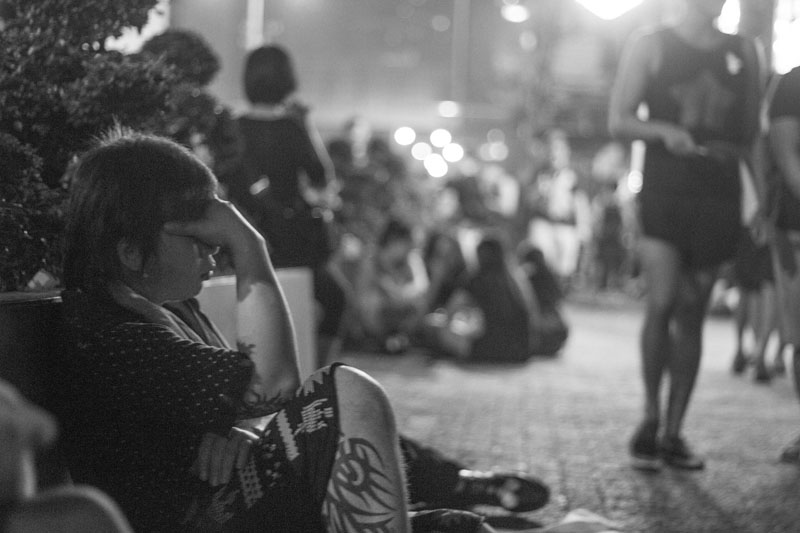 For more from Suvanam, follow his blog and Twitter account. To submit your photos to Localiiz, please email them to [email protected] or tag your photos #localiiz in your social media feeds. Stay up to date with Localiiz's social feed of Occupy Central.