By jon_billinage 11 June 2014
share:
A Sevens-style celebration is in order as Localiiz’s favourite rugby club Hong Kong Scottish acquires a sponsorship deal of epic proportions. Despite being the last Paul Y Premiership team to have their shirts spruced up with a sponsor logo, the wait has certainly paid off as business-tech giant Bloomberg steps up to the touchline. 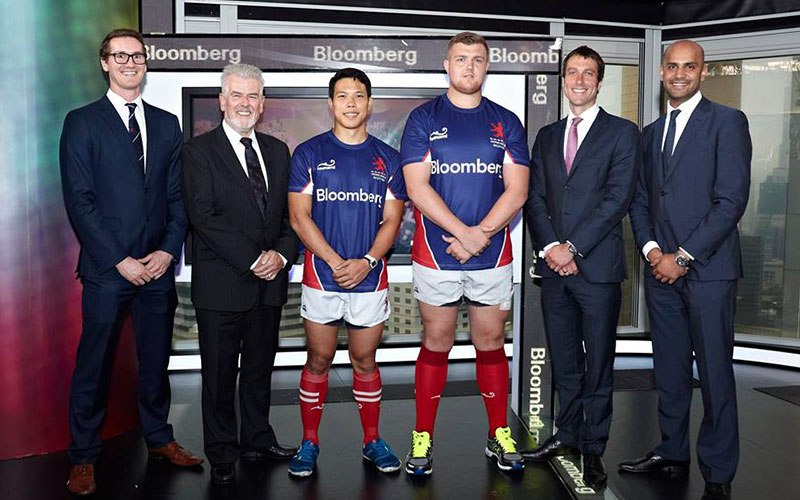 The deal will see the club with new found wealth and the ability to bolster their roster with professional talent from the UK. “We hope to announce a number of new arrivals in the next couple of weeks that will allow us to compete for the league and Grand Final,” said general manager Dave Whiteford. Bloomberg is clearly inspired by the potential of Hong Kong Scottish, having offered the boys a number of features on their TV channels to increase the club’s profile. Also watch out for Scottish at the next Hong Kong Rugby Sevens, where they’ll be sitting pretty in their very own box! But for a club as fiercely dedicated to the sport as they are to community projects, it won’t all be fun and games for Hong Kong Scottish.

Speaking to Localiiz, Whiteford said, “The Bloomberg deal is incredibly important to the long-term development of the club. Not only is it great to have such a ‘blue chip’ company to help raise our profile, we have been delighted by the willingness of Bloomberg to become involved in the many grassroots projects we’re implementing in the next year.” A new community coaching programme, in collaboration with Edinburgh Napier University, is sure to get the kids of Shek Kip Mei kicking, and according to Whiteford - who promises a campaign to discover home grown rugby talent - the tries of tomorrow look set to be scored by Hong Kong hands. So whether you’re a Johnny Wilkinson-class kicker or just in it for the half-time oranges, keep an eye on Hong Kong Scottish this year. Money can’t buy love, but it can buy brute force and talent.