Between the Buns – Is this Hong Kong’s Best Bastardised Burger?

By Localiiz 30 December 2013
share:
December 30th 2013 courtesy of our friends at NecesCity Few dishes have the iconic status of the humble hamburger, and its simplicity is by no means representative of the immense satisfaction a perfectly cooked specimen produces in the eater. But as innovation strides ever onwards, new imaginative creations are increasingly leaving the bog-standard quarter-pounder looking rather limp. Are we fixing what ain’t broke or bringing masterpieces to the masses? The boys over at our brother site NecesCity were chomping at the bit to find out. 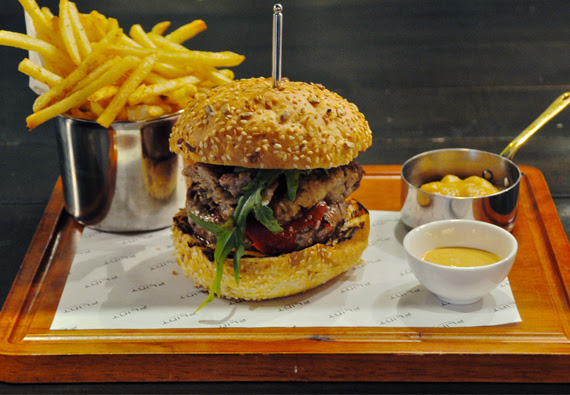 Although the idea of sticking a simple meat patty between two halves of a bun is hardly rocket science, the heritage of the hamburger has always been hotly contested. It was at the 1904 St Louis World Fair however that the New York Times attributed the “innovation” of the hamburger to a nameless “food vendor on the pike”. Since then there has been no shortage of simply brilliant bastardisations. The Mexican ‘hamburguesas’ comes with avocado and jalapeño, naturally; Down Under you’ll find beetroot and a runny egg between those toasted buns; and a ‘kubie burger’, hailing from Canada’s Alberta region, is made from pressed Ukrainian sausage. The variety in Hong Kong alone is also pretty staggering, with the Iberico Pork Burger a worthy contester to the city’s best bastardised burger if ever there was one. Crafted by Chef Sven Wunram from JW Marriott Hong Kong’s Flint Grill & Bar, this decadently deconstructed-then-reconstructed dish is bursting with Spanish and Mexican influence. Definitely putting the ‘ham’ in ‘hamburger’, the Flint Grill offering is built around an Iberico pork mince patty and shredded braised Iberico pork rib. This is topped off with tangy parmesan cheese, roasted piquillo peppers, arugula salad and smoky chipotle mayo, all giving you plenty of bite for your buck. All that goodness is of course wedged between two halves of a seed-encrusted bun (which is really what makes it a burger at all) and served with apple sauce and shoestring fries. Love yourself just a little more and match this mammoth mouthful - the popularity of which has already made it one of the restaurant’s top sellers - with an Anchor Rock beer from San Francisco. For those glory supporting beer drinkers out there, this just happens to be Sven’s favourite drop. Our take: the classic hamburger will never be defeated, but change this tasty can only be a good thing!

Subscribe to the savvy and sophisticated world of NecesCity.

8 CBD cafés to check out in Hong Kong