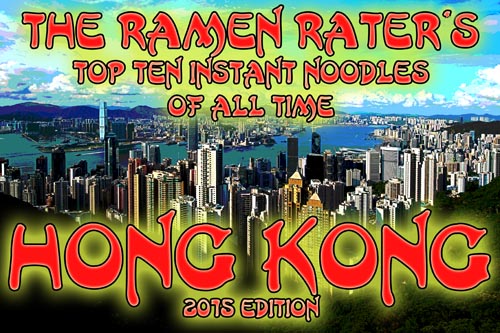 Hans Lienesch has eaten nearly 2,000 different kinds of instant noodles in his global search for the best pack, cup, and bowl, and he’s just released his ranking of Hong Kong’s top ramen. The “Top Ten Instant Noodles of All Time, Hong Kong – 2015 Edition” may not be as widely anticipated as the Michelin Guide however it is sure to stir the pot in our city. For those who agree with Lienesch’s reviews, his posts are informative and entertaining. However, The Ramen Rater, as Lienesch is known online, has been taken to task for his reviews, most notably by the Taiwanese media. 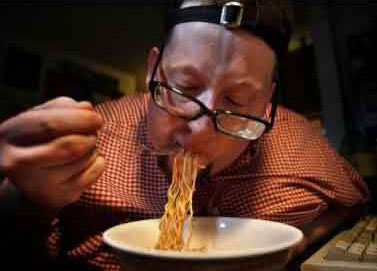 For some of his critics, the strikes against Lienesch include that he is based in the United States, he has only once been to Asia (never to Hong Kong though he wants to visit), and his reviews are based mainly on noodles that are either available in local markets, at times requiring a trip to Vancouver, BC, or sent to him by Asian manufacturers. There are others, Lienesch is quick to point out, who also fault his rating system (he judges based on his experience and not a checklist) and that he enhances each bowl or cup to create a meal (he frequently adds vegetables and eggs, sharing his preparation techniques with his readers). “As I've always said, my agenda lies in my taste buds. Some have complained that I don't have a scientific method for reviewing instant noodles and that's fine. I like instant noodle varieties with good non-mushy or spongy noodles. I also love a strong broth with good flavour and a little oil. Vegetables are also nice, especially good sized and high quality ones.” The largest dust up in the noodle world came when Lienesch posted the “Top Ten Instant Noodles of All Time” a few years ago without an entry from Taiwan. The fallout actually appeared for several days in the local Taiwanese press. Hong Kong also didn’t appear in that list however we did secure the number nine spot in “The Ramen Rater’s Top Ten Instant Noodle Cups of All Time – 2014 Edition”. Known for his intense passion for instant noodles Lienesch enthusiastically reviewed our Nissin Cup Noodles Seafood Curry Flavour, noodles he described as coming “out just perfectly…Then there’s the flavor – a really nice Japanese curry with seafood notes – great stuff!” At least we did not appear in The Ramen Rater’s “Bottom Ten Instant Noodles of All Time – 2014 Edition” where top honours went to China as did the number two and seven spots. Lienesch is hoping that his Hong Kong noodle rankings will open a trade with our city, perhaps enticing manufacturers to reach out with samples and requiring a visit. “I would absolutely love to visit Hong Kong and sample the local cuisine.” What do you think of The Ramen Rater’s Hong Kong rankings? Do you agree or was your favourite noodle no where to be found?   [masterslider id=12]