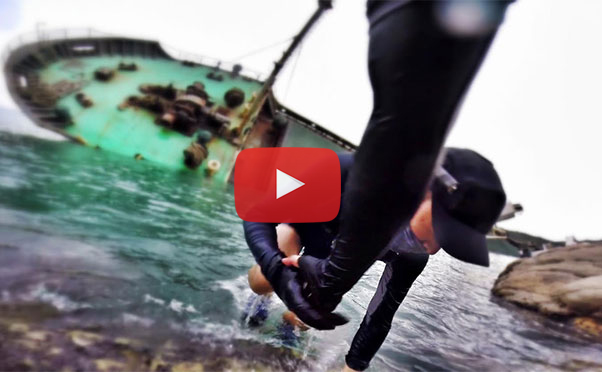 The Co-Director behind the amazingly upbeat Happy in Hong Kong video has done a complete 180 with his latest film, a distinctly rebellious and stick-it-to-the-man look inside the capsized Sunrise Orient. Edwin Lee gained access to the stricken ship, which was abandoned just off Cheung Chau on February 21st, with the help of adventurers Hong Kong Urban Exploration (HK URBEX), and was kind enough to share the film and his thoughts with Localiiz. The Sunrise Orient from Edwin Lee on Vimeo. In this fresh-off-boat, anti-establishment video, HK URBEX flip the camera ‘The Bird’ before diving head first into the ocean with their cameras, GoPros and other gear. In what is technically trespassing (shh!), they bring us fascinating footage of the bowls of this now up-sided freighter. 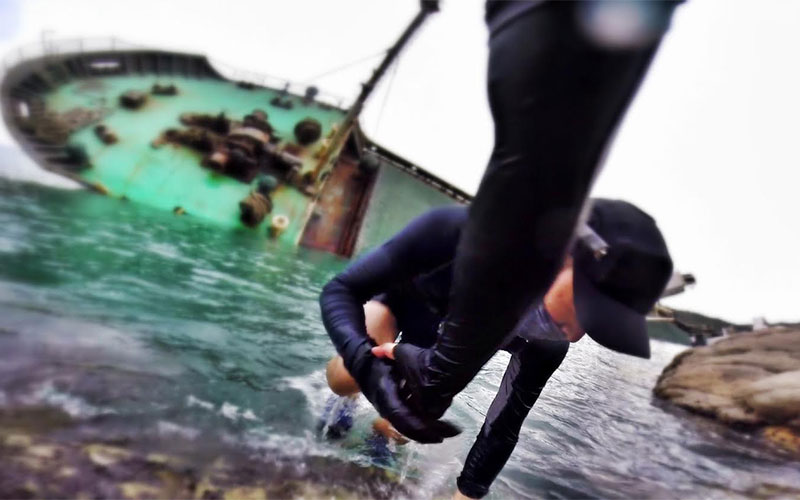 Judging by the angle of the boat, navigating the ship while shooting was no easy task, and probably a dangerous one at that. However, Edwin explained that the team made sure they were well prepared before taking the risk. “It was daunting at first, but we observed the ship for a while to figure out the best and safest way to climb,” he said. 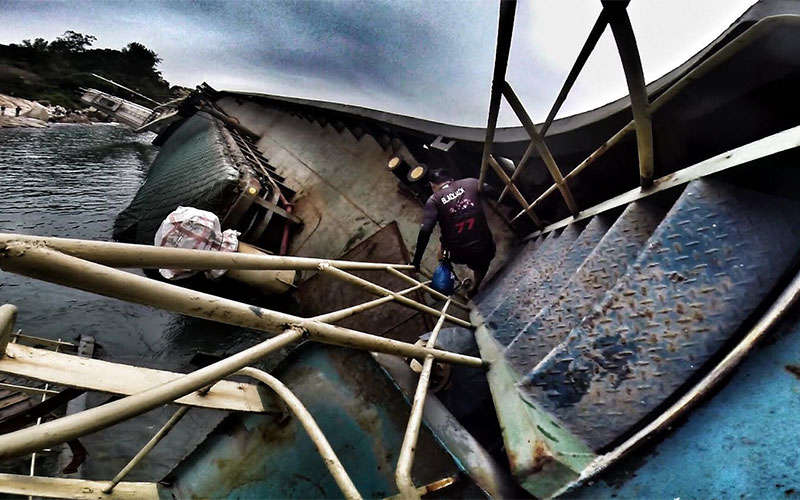 But personal safety wasn’t the only thing in jeopardy when making the video, as the boarding of the boat clearly raises legal issues. As well as having to employ a spotter for the marine patrol on the day of shooting, the team’s subsequent action of posting the video on the internet could potentially lead to ramifications. Luckily for Edwin and his ballsy brood however, they’ve yet to receive any official wrist-slapping. “We had a fair share of people saying it was incredibly foolish and dangerous. We don’t dispute that but the challenge and thirst for adventure took over” Edwin told Localiiz. 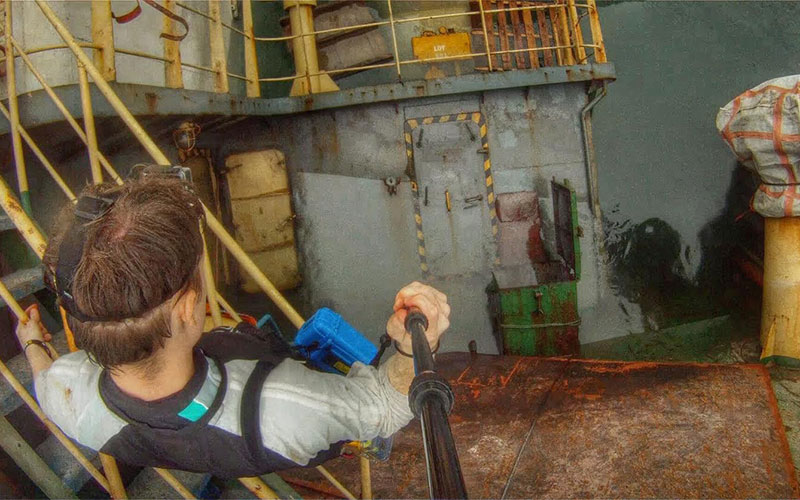 While we’re in no way condoning law breaking (tut-tut), we’re glad that those who are delving into unexplored corners of Hong Kong are sharing their adventures with us. “A lot of what HK URBEX does is to explore and document such places before they get removed or torn down. We never take anything from these places either. It’s purely to explore,” said Edwin.

*HK URBEX are all professional free climbers, and the team reminds all that they do not encourage others to take part in this sort of activity and to exercise caution if you do.

Check out all of HK URBEX’s photo and video adventures on their Facebook page.