By Stasia Fong 16 May 2014
share:
As Hushup events continue their takeover of the Hong Kong party and cinema scene, we decided it was time to experience a touch of their magic ourselves. Not ones to ease in gently, we headed straight down the rabbit hole to Hush Up’s Alice in Wonderland High Tea ParTea. With the event themed according to Tim Burton’s take on the surreal tale, our expectations were set to mad-hatter high. 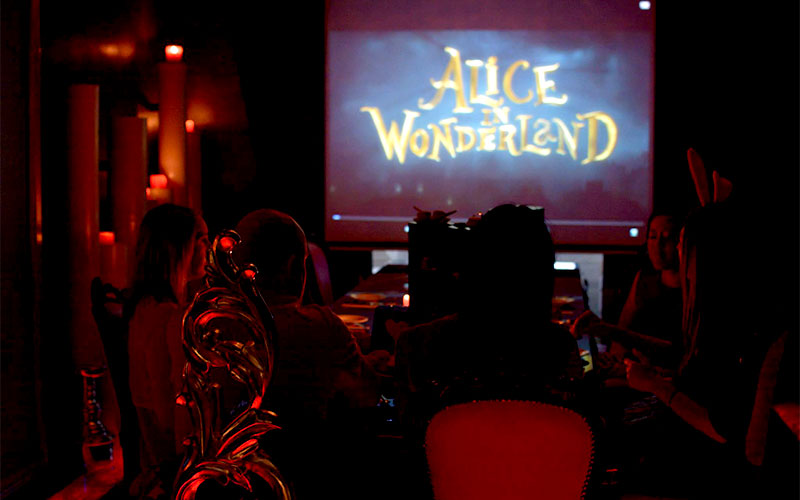 As the classic fairy tale theme is a popular choice for many parties and events, it can often be dismissed as borderline cliché. However, Rachel Frost, Director of Hush Up Events, insisted their High Tea ParTea would be a work of pure originality. “We chose Alice in Wonderland because it is very playful and we love to have fun here at Hush-up. It allowed us to let our creativity run wild.” 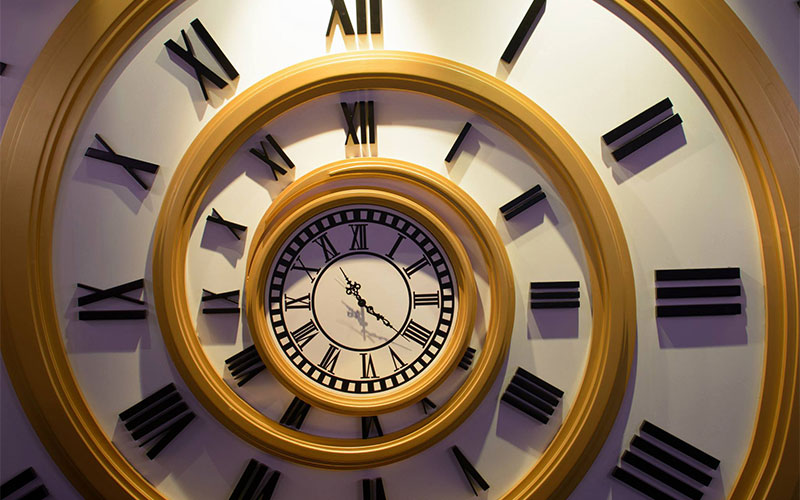 This creative streak was hard to deny as we arrived at the ace of spades of venues, Dada Lounge, in The Luxe Manor boutique hotel in Tsim Sha Tsui. Stepping out of the lift, we immediately felt like we’d entered a different world. The décor lent itself perfectly to Tim Burton’s iconic style, with luxurious velvet walls embossed with dizzying patterns. We were ushered into the main lounge area by none other than the Red Queen herself, who asked us to keep an eye out for her mischievous missing Jack. If we were to find him, she promised we’d would be rewarded grandly (spoiler, we didn’t find him). 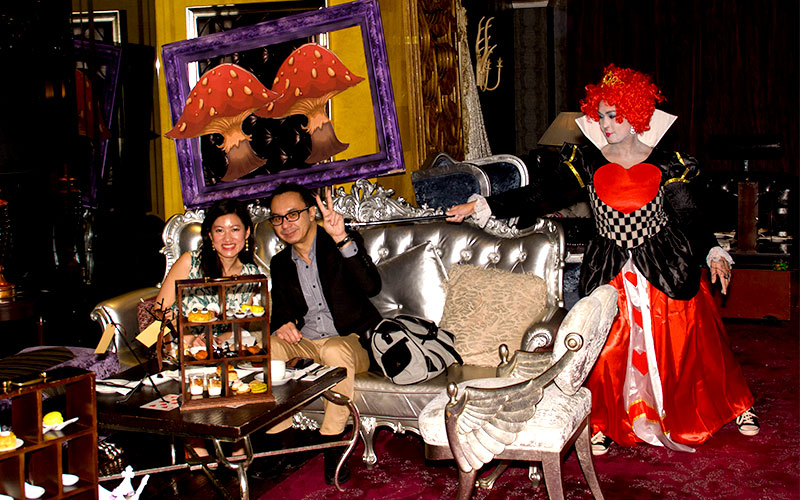 Once seated at our table on beautiful chairs, each embroidered with a red rose, we were promptly served a tea set and champagne. The bubbly was served in a teacup with a dash of green ‘poison’, but thankfully neither of us succumbed to its venom. Nothing like a few nights drinking in LKF to toughened up your stomach! The impressive spread included smoked salmon, tiny tea sandwiches, lemon macaroons, mini Swiss rolls with chocolate clock faces, floral cupcakes, scones with clotted cream - the list goes on. 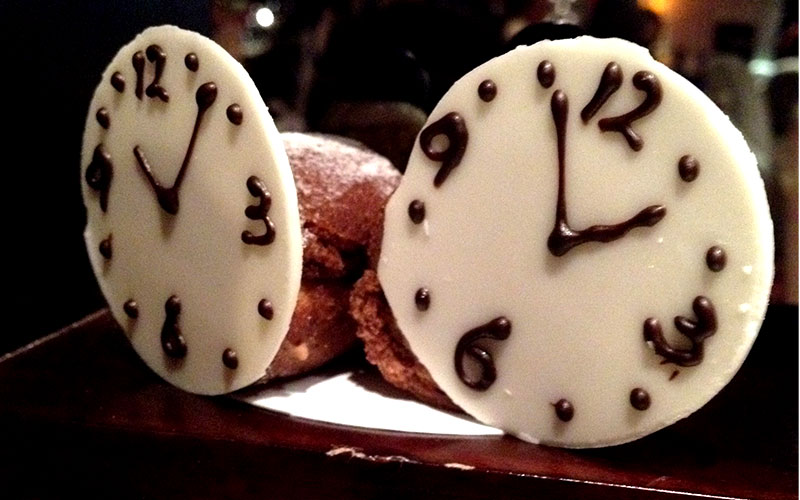 To add to the novelty of the theatrical affair, the Red Queen wandered among the tables as her guests nibbled away, enquiring if anyone had received the poisoned cupcake yet. Being too full already, I opted to leave mine, prompting a scolding from the Queen for rejecting her gift on the grounds of self-preservation. Oops! Perhaps my stomach subconsciously avoided it? Need help planning your own epic party? At 7pm sharp, the film began and we were whisked away into a mesmerising world, made all the more dreamy by the presence of Johnny Depp. As unexpected interruptions are the norm in Wonderland however, there was a slightly abrupt intermission at 7.45, at which point guests were invited to switch rooms in order to make the most of the magic land created us for us. 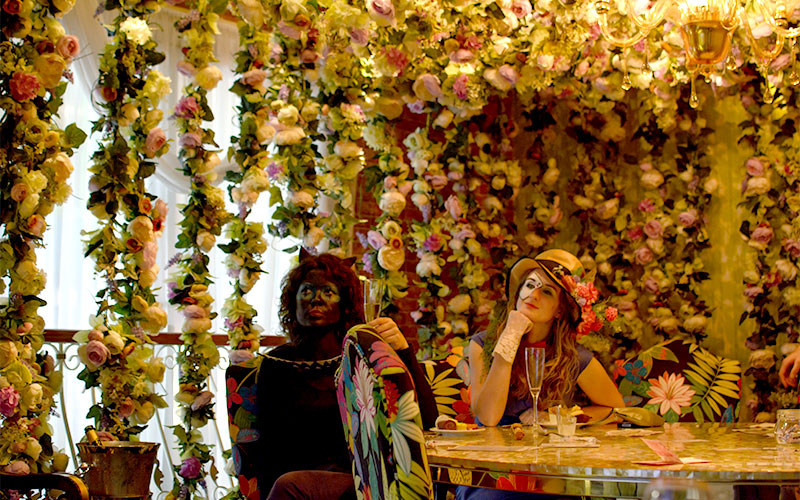 In this welcome break we were allowed to explore all the other enclaves of the lounge à la Alice herself. I absolutely fell in love with a garden hideaway covered ceiling to floor in a flower canopy, and was slightly bitter that we didn’t get to watch the film there. Other rooms included one with a gigantic clock for a wall, perfect for little rabbits late for important dates, and a white and silver banquette room, befitting the White Queen. At the end of the intermission, we were directed to the Red Queen’s lair for the film’s conclusion. The room was dark and moody, with walls of deep red, mirrors all around and large red candles flickering on a long table, casting eerie shadows across the guests. 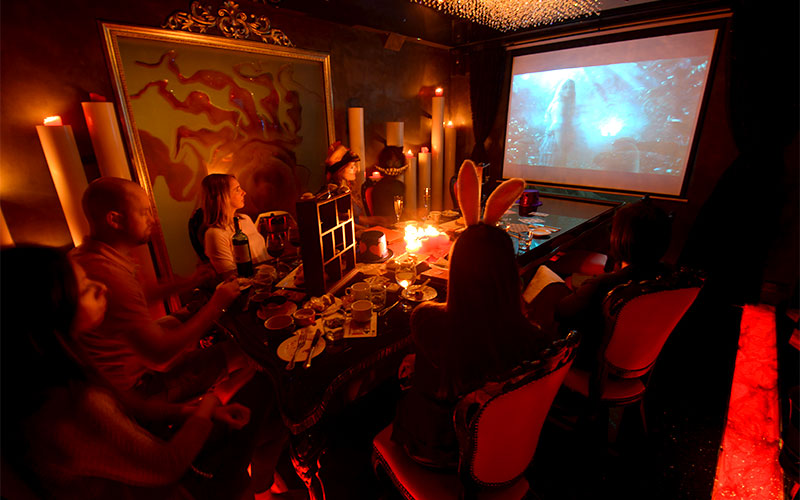 The floors were the star attraction of the room however, as these were no ordinary floors. The clear panels were lit from underneath by a red light and filled with some sort of liquid that moved around whenever a foot stepped onto it. It stole the attention of many guests for quite some time, myself included, and I could be found obsessively tapping my toes until the credits rolled. Clearly Hushup excels at both conceptualising and delivering awesome themed events. All guests looked to have thoroughly enjoyed their bewildering time in Wonderland, continuing to take photographs with the kooky props, Mad Hatter hats and cut-out Cheshire Cat smiles long after the film’s climax – typical Hong Kongers!

Although we left the same height and with our heads still firmly on our shoulders, this dizzying night was truly out of this world. We’re sure to be keeping an eye out to see what other enchanting parties Hushup manages to conjure out of its creative hat.