The competition to crown the master of brewing Hong Kong’s finest milk tea drew a small crowd late last week, the curious breaking away from the main exhibits of the Hong Kong Food Expo for a sideshow that would prove to be either steamy or merely simmer. Localiiz’s Stasia Fong, a self-declared milk tea connoisseur, shares her experience from the back of Hall 5E at the 6th International KamCha competition. 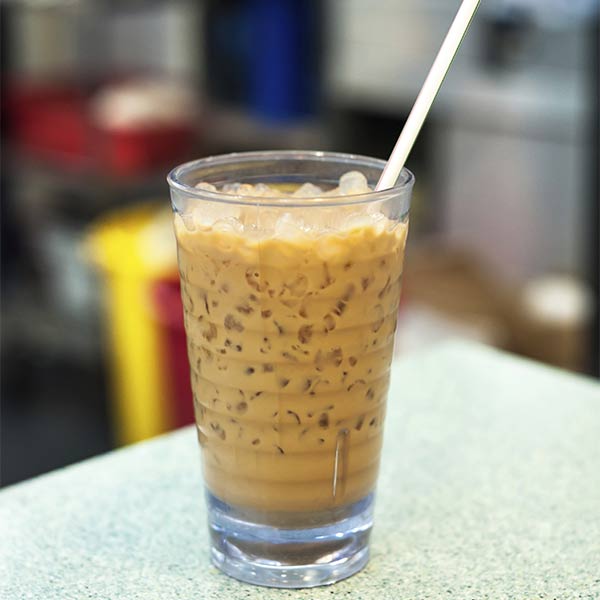 Growing up in Hong Kong, I’ve delighted in sipping countless cups of heavenly milk tea – cold or hot – for a little pick-me-up. Recently declared as one of intangible items on Hong Kong’s Cultural Heritage list, I was eager to see an international crop of brewing professionals pull the best cuppas.

Arriving at the stage, questionably placed at the edge of a wide convention hall for such an important competition, I was approached by the friendly PR ladies, handed a Chinese press release, and seated next to two French photographers who looked as confused as me with the promise of an event entirely in Cantonese.

The stage appeared to be more suitable for the caliber of the 12 competitors: six stations with everything required to create their perfect cup of tea – a teapot, a burner, tea, milk, a strainer, and cups. Staring at the unfamiliar Chinese characters on the page, I strained to remember the basic Mandarin I learnt in my elementary school years. Other than making out the date and the words Hong Kong, I felt a little defeated. 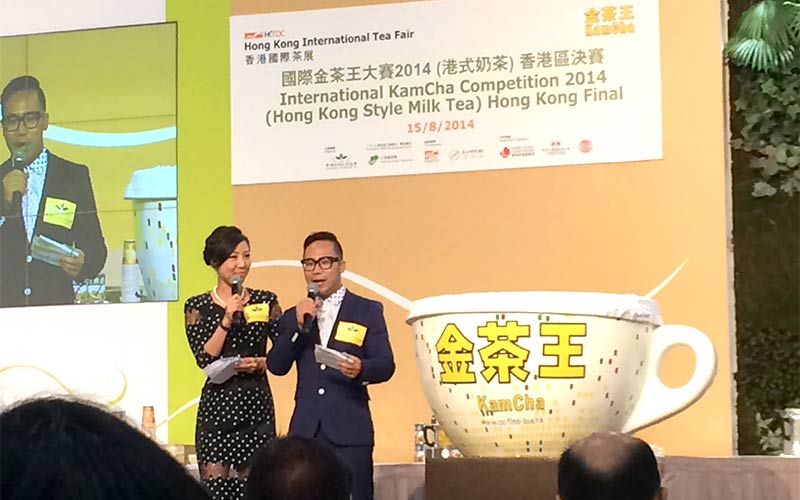 As I questioned my Chinese illiteracy, a gigantic sized teacup with an equally large strainer donning the words KamCha was dragged on to the stage. A crash of photographers pressed forward and members of the audience strained to get in the best selfie possible, including the two emcees, which I was informed were of a questionable level of local fame.

The stage now set, the predictable parade of honoured guests and speeches began led by Matthew Cheung Kin-Chung, Secretary for Labour and Welfare, and Simon Wong, Chairman of the Association of Coffee and Tea Hong Kong. The reporters seated around me furiously scribbled notes. A lovely reporter from Apple Daily, who I can only assume felt a little sorry for my lack of Cantonese skills, leaned over to translate a few things for me here and there. 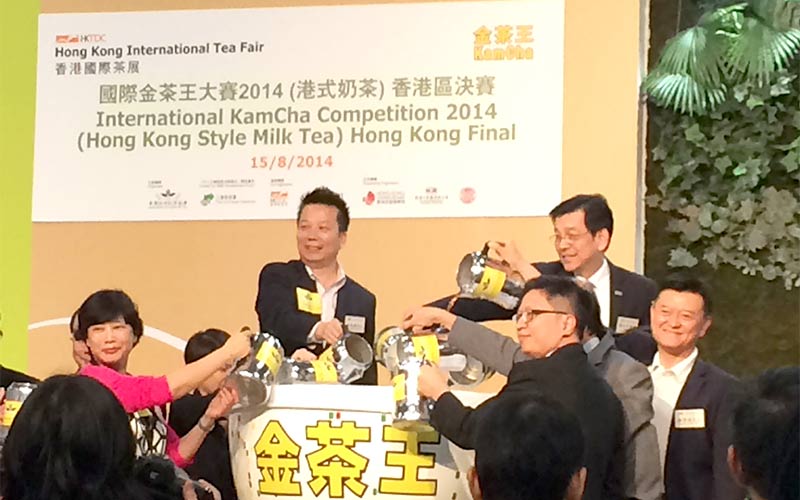 Next up, the judges and speakers were paraded out, each holding a pot of either tea or milk. In a sign of solidarity, gathered around the large teacup, they began to make a large cup of milk tea.

The hosts then brought out the first six of 12 contestants. Finally, the juicy stuff! I stretched my neck from behind a sea of cameramen and reporters clicking away on their smart phones. Then, amidst music eerily reminiscent of Rambo, the event kicked off. Or did it? There was no mad rush to the burners, no fight over milk pots. Instead, some contestants simply moved their pot of water onto the boiler, and stood there, waiting. Each contestant was clearly methodical, pouring his or her own perfect cup, tealeaves into the strainer after two minutes, others waiting five minutes. Clearly one’s expectations of excitement need to be adjusted when attending a milk-tea competition, however I was intrigued to see the individuality and decision making that went in to each brew. 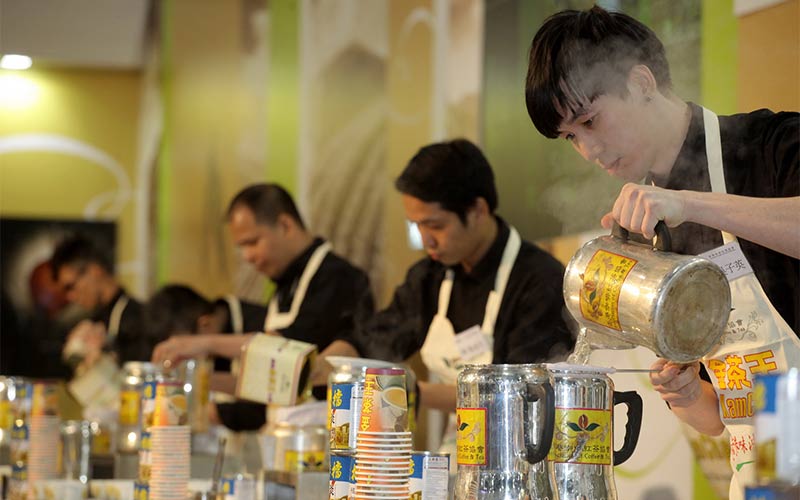 Then, without warning, one of the contestants started pouring his tea from an outstretched arm. For 15 seconds we sat on the edge of our collective seats, before slowly leaning back in a wave of contentment. Again and again the masters strained their tea, until the final personal brew was poured, served to the judges, and graded according to aroma, colour, temperature, body, smoothness, tea flavour, milk taste, balance, and aftertaste. 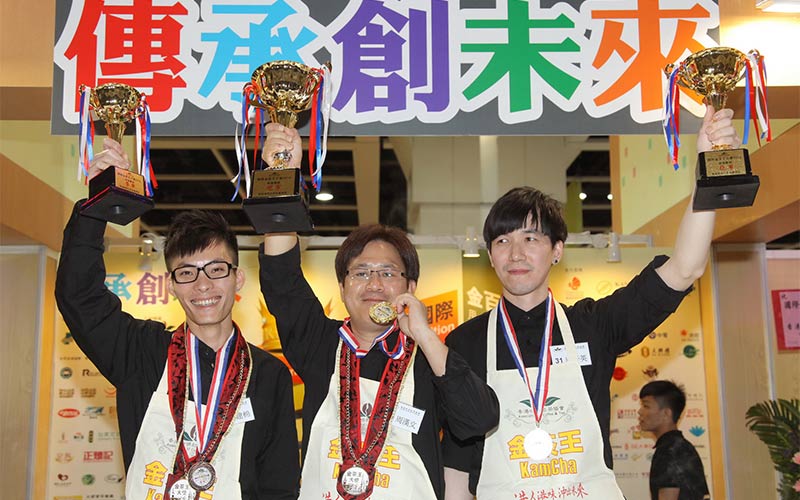