A Masterpiece in Our Midst: Caravaggio’s Supper at Emmaus is Coming to Hong Kong

By crystal_wilde 4 March 2014
share:
He’s one of the most famous painters of all time, not just for the numerous masterpieces he produced but also because of his reputation as the “Bad Boy of Baroque”. Michelangelo Merisi da Caravaggio drank like a fish, fought like a dog, but painted like no-one ever had before. Now Hong Kongers have the chance to see one of the most valuable and important paintings in the world up close, as Caravaggio’s Supper at Emmaus comes to Asia for the very first time. 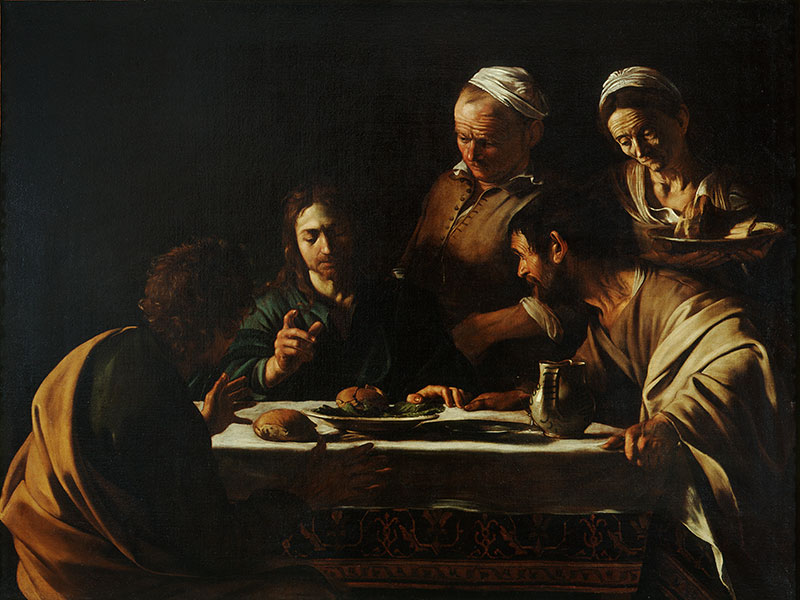 The 17th century painting, depicting Jesus revealing himself to the disciples after his resurrection in the ancient town of Emmaus, will leave its home in Milan’s Pinacoteca di Brera Museum under armed guard this week. Insured for EUR60 million, it will then be transported by courier to the Asia Society Hong Kong Centre, where it will take pride of place in the free Light and Shadows – Caravaggio the Italian Baroque Master exhibition from March 12th to April 13th. Produced between 1605 and 1606, shortly after a lighter version that currently hangs in the London’s National Gallery, this haunting masterpiece was created during one of many dark periods in the troubled painter’s life, when he was exiled from Rome after being slapped with a death warrant following an act of murder. Asia Society HK director Alice Mong explained to Localiiz that the potency of Caravaggio’s work - charged with bringing an end to Mannerism and sparking an unprecedented revolution in European art – is counterbalanced by his tormented existence of violence, restlessness and excess. 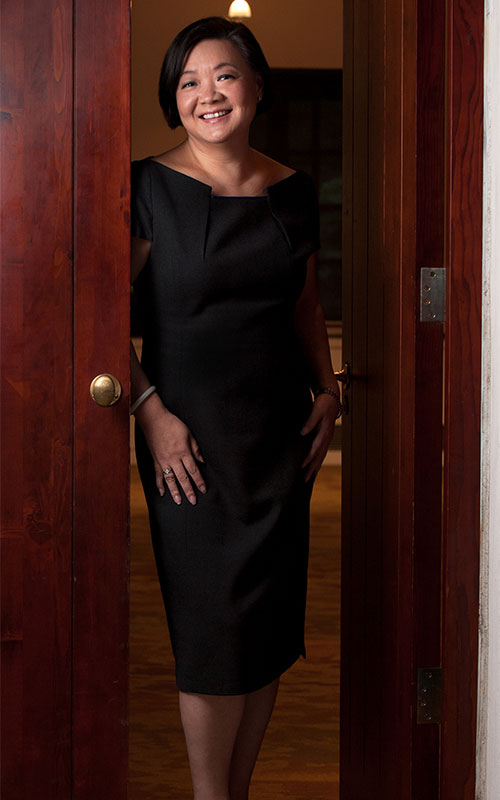 “His reputation in the day was something like Andy Warhol,” said Alice. “He was a very colourful personality, and if he was around today he would no doubt get numerous headlines in the gossip magazines. But it’s this contradiction that gives his work so much depth and appeal.” Caravaggio is celebrated for his use of light, shadow and bright colours, the extreme theatrically of his scenes and his obstinacy for naturalism. In this particular painting, light and shadow are used to enhance the thrilling drama in the scene, as the two apostles sit frozen in shock, and Christ’s pained and fatigued face reveals a tired and deeply marked man. In an initiative that cleverly reflects the historical-versus-modern nature of the exhibition site – a former explosives magazine for the British Army and the second-oldest Colonial building in Hong Kong – the Asia Society will be displaying the work of four contemporary Hong Kong artist alongside Supper at Emmaus in a bid to illustrate how Caravaggio’s revolutionary techniques are still relevant centuries after his death. Each artist has taken on one of the themes of Shadows, Theatricality, Mystery and Realism to produce an original piece especially for the exhibition. 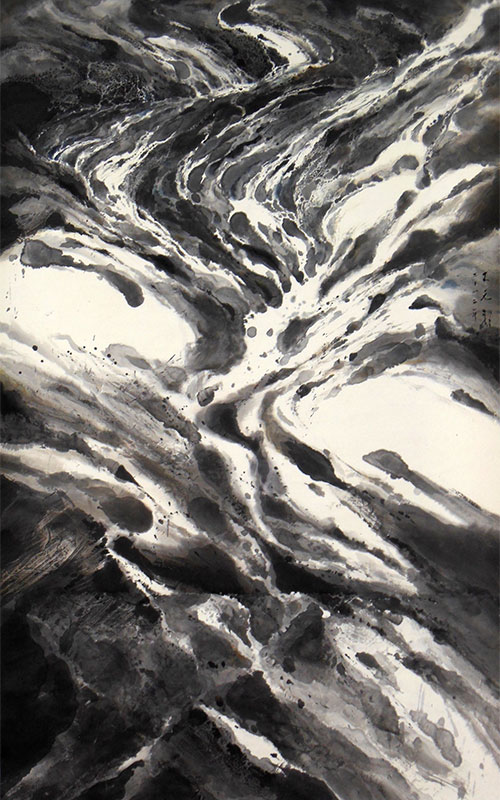 As a huge two-story projection of Supper at Emmaus was unveiled in Pacific Place in anticipation of the exhibition, Localiiz got a chance to talk to the Hong Kong artists who will be displaying their work alongside the masterpiece. Painter and photographer Chow Chun-fai, who has worked with galleries in several of the places where Caravaggio lived in exile, chose to merge his own face with those of every character in the famous scene to embody the theme of ‘theatricality’. 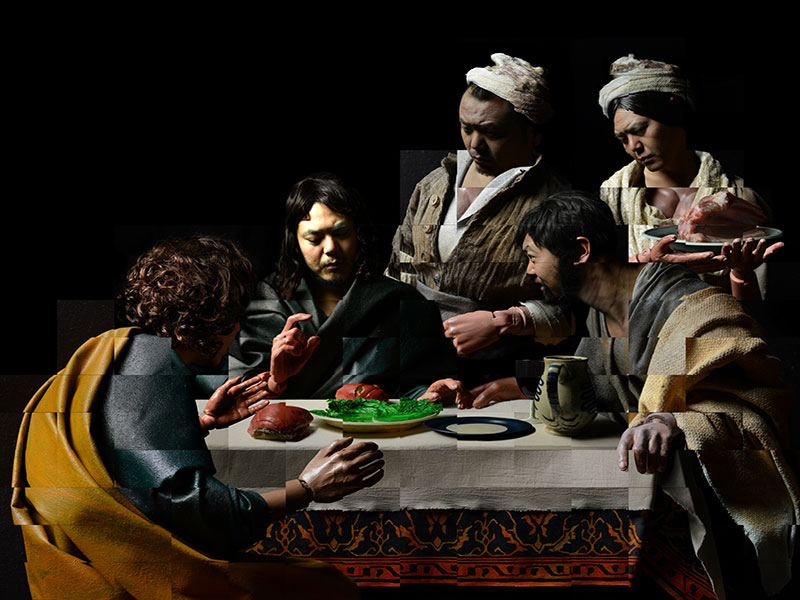 “When I was in Italy, I was putting 10 euros into the lightbox to see Caravaggio’s masterpieces, but now I’m showing alongside him. For me this will be a very special experience,” he said. Thanks to HK$4.82 million sponsorship from the Hong Kong Jockey Club Charities Trust, various free interactive educational activities will also be held both at the Asia Society and Pacific Place over the next six months, including art jamming, photography workshops, lectures, kids’ activities, drawing competitions and tours for special needs groups. On top of all this comes the launch of the Little Caravaggio Multimedia Learning App, which allows users to employ Caravaggio’s virtuosic techniques and unique pallet to create their own Baroque beauties. 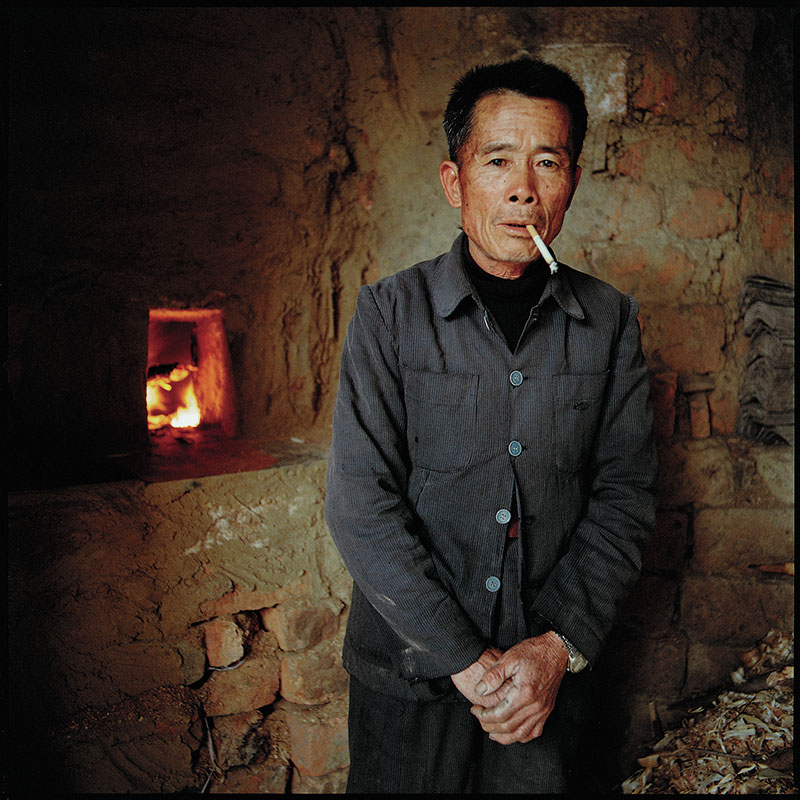 When asked about the innovative and inclusive nature of the activities surrounding the exhibition, Alice insisted that all museums and galleries should be striving to reach the wider community. “I think good art really influences people. It makes you a better person, it makes you a happier person and it makes you think,” said Alice. “You can't have an art form that's just supported by one demographic. If that's the case then we've failed as an arts and cultural leader.” 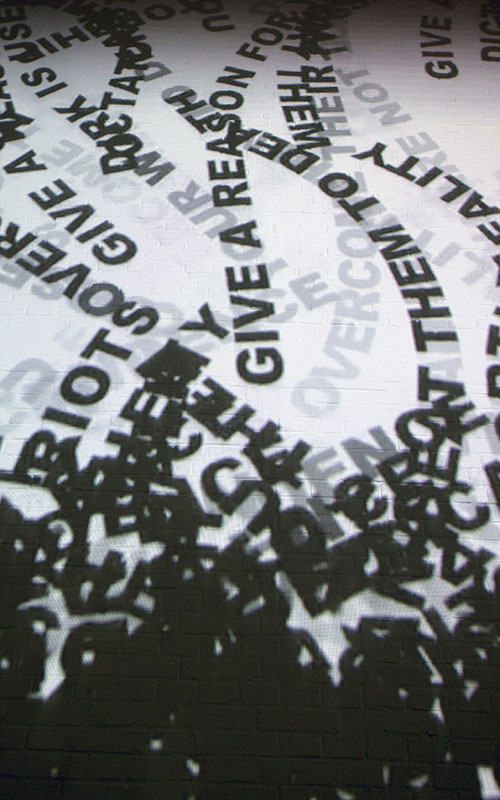 Shadows: The Third Seal - They Are Already Old. They Don’t NeedTo Exist Anymore by Tsang Kin-wah

What: Light and Shadows – Caravaggio the Italian Baroque Master When: Workshops have already begun. Exhibition runs from March 12th – April 13th. Asia Society will be open for extended hours, seven days a week from 9am-9pm (9am-11am reserved for group tours). Where: Asia Society Hong Kong Centre, 9 Justice Drive, Admiralty, Hong Kong. Workshops also at Pacific Place, 88 Queensway, Admiralty, Hong Kong. Price: Tickets to the exhibition and all workshops are FREE but limited. Collect from Park Court at Pacific Place until March 16th or the Asia Society Hong Kong Center at any time during the exhibition.