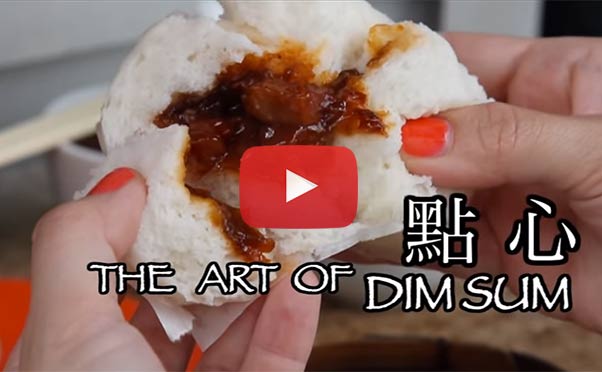 Huang Can Zhi, the chef and one of five former owners of the Sam Hai Yat tea house in Sai Ying Pun, was planning to retire next year when he turned 65, but that turned out to be an optimistic view from a business owner operating in a city where progress is frequently measured in construction phases. Two years ago, a team of Hong Kong University students recorded Huang’s dim sum skills in “The Art of Dim Sum”, a mini-documentary film that is certain to make your mouth water before bringing a tear to your eye once you know that the small tea-house that begins to feel like home, no longer exists due to neighbourhood renovations. https://www.youtube.com/watch?v=hSIMDrdutvU   “I think tea houses will die out gradually,” Huang says in the documentary. “No one new is entering this trade and the ‘old hands’ will retire.” The hands of these masters are not weighted down with the knowledge they hold, gently cradling thin wrappers before expertly pinching them closed around a spoonful of seasoned pork, forming mouthfuls almost as quickly as they will be consumed. Huang soft spoken interviews never betray the daily pressures he and his partners are under to produce meals for a loyal following, yet there is a melancholy when he discusses his daughter’s path to the culinary arts alongside the future of his business. As one of Hong Kong’s most popular and treasured delicacies, it’s hard to imagine a weekend without gathering friends and family for ‘yum cha’ as we locals call it. Huang warns that the next generation does not want to learn the craft that took him to Japan and has put food on his family’s table for decades. Hong Kong would be a very sad place without the presence of dim sum and the likes of Huang. Let’s hope some of the younger generation decides to pick up the legacy of these retiring ‘sifu’, to keep the ‘har gow’, ‘siu mai’, and ‘cha siu bao’ on the table. Got anything cool you'd like Localiiz to share? Send us your stuff!